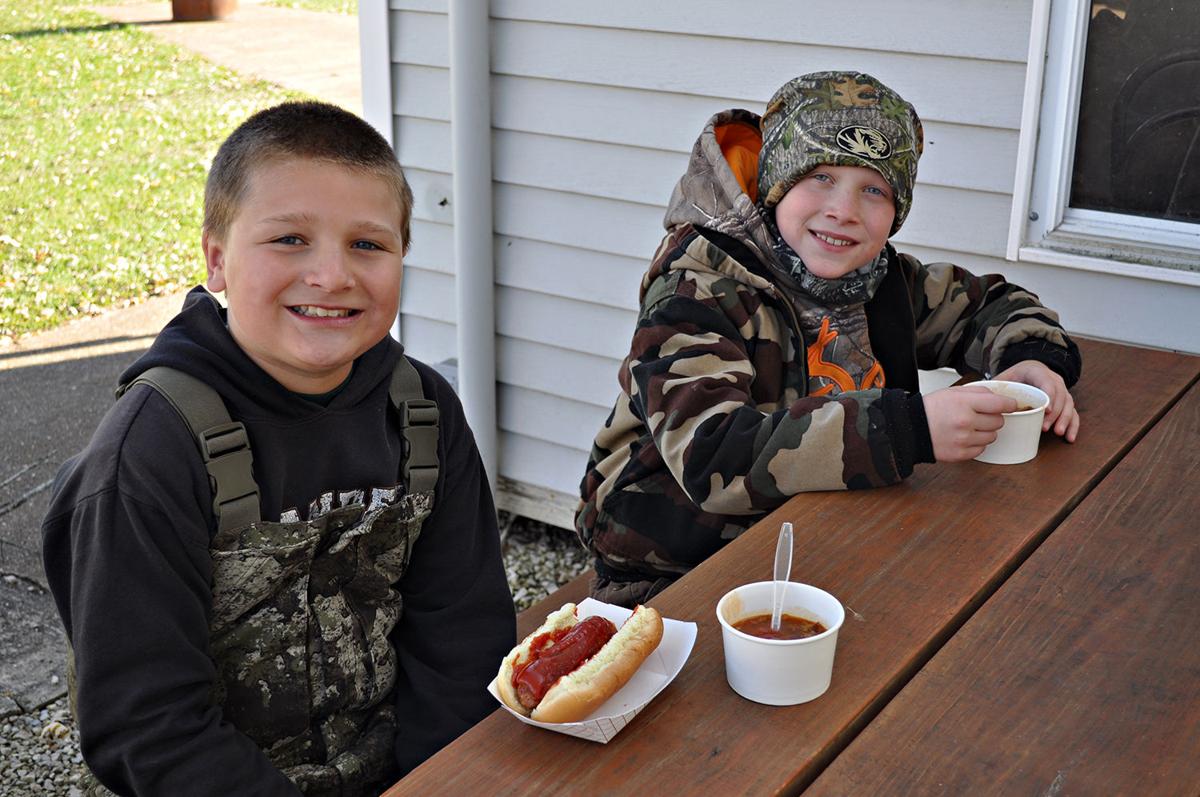 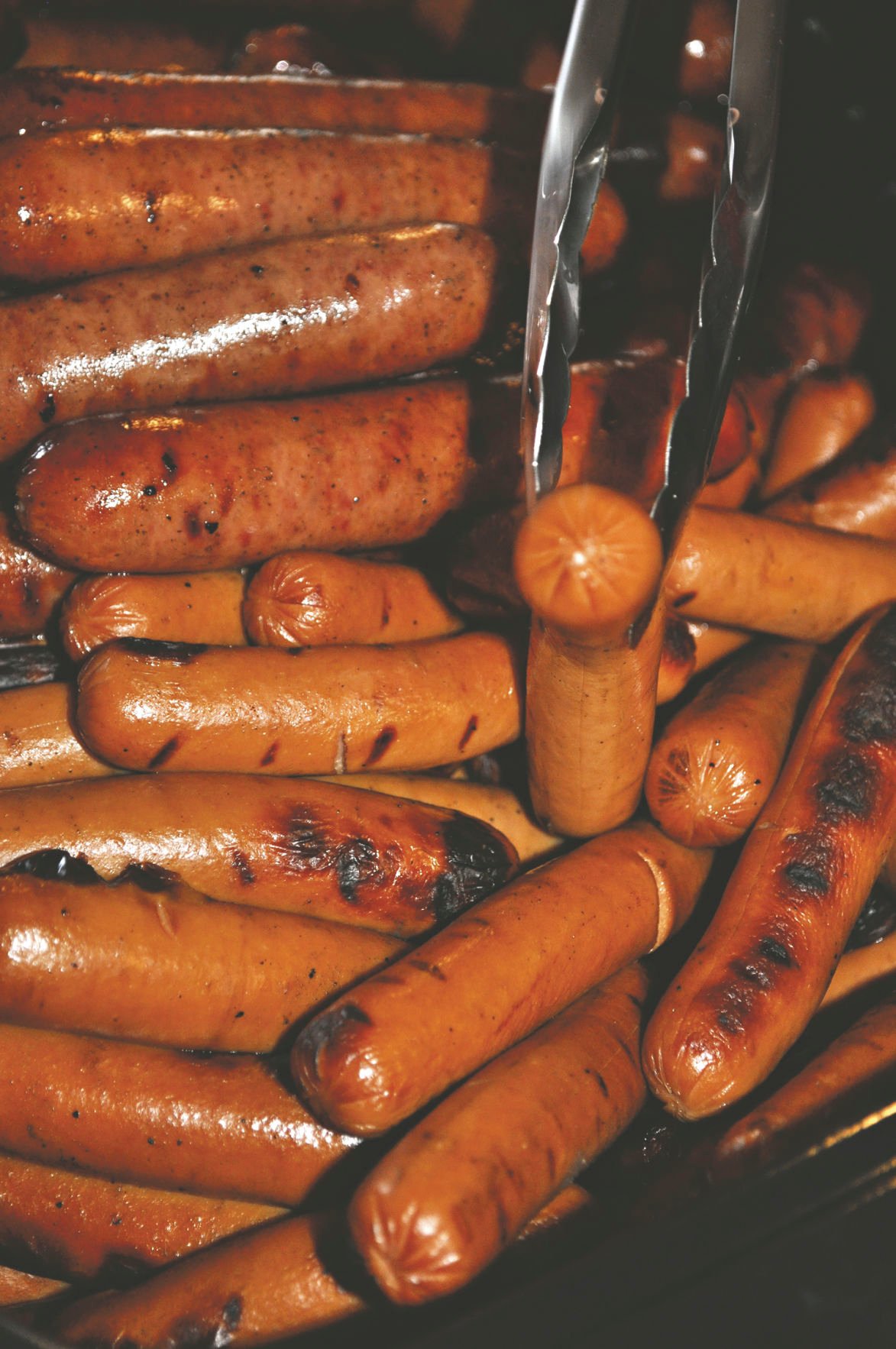 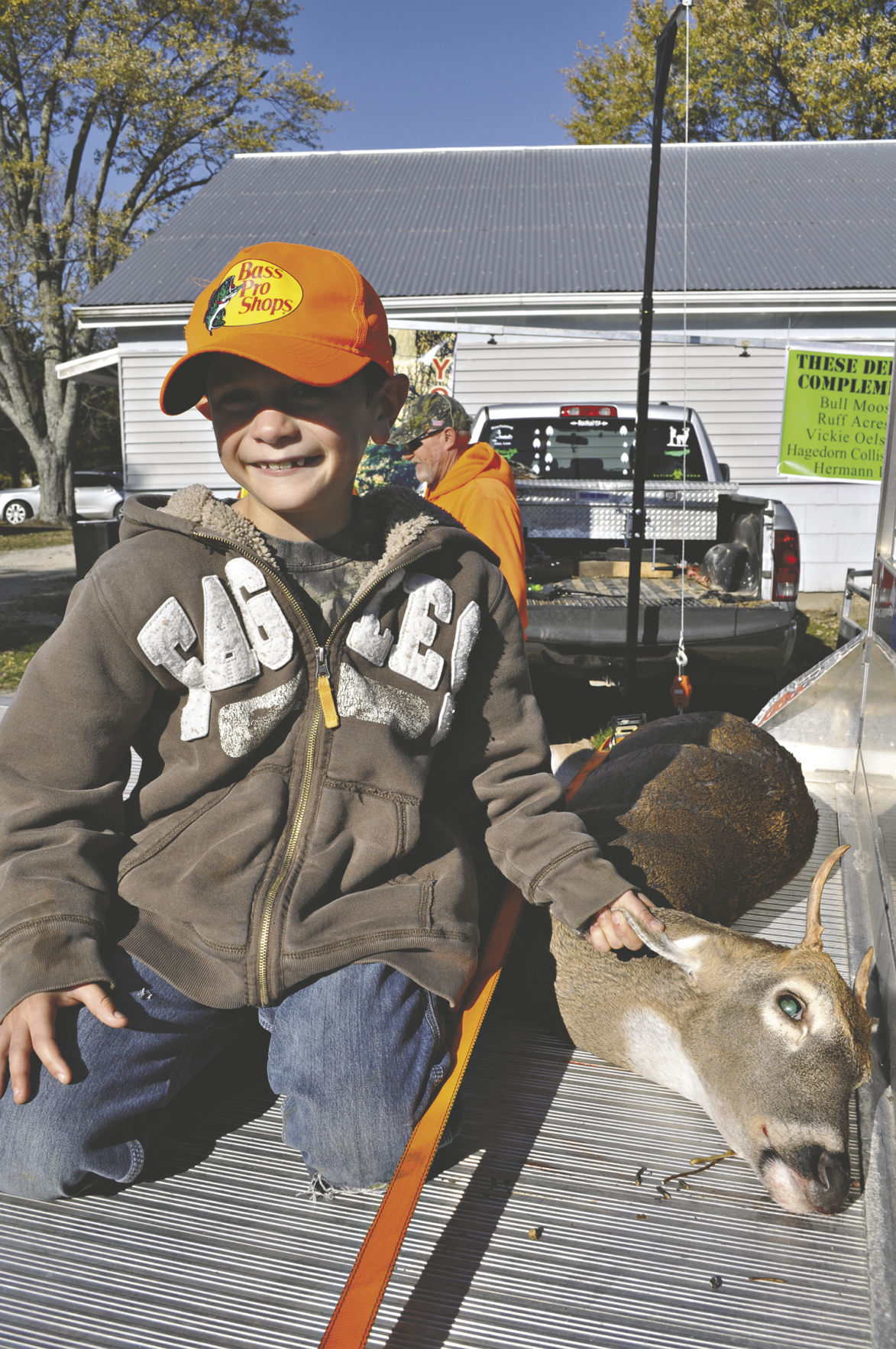 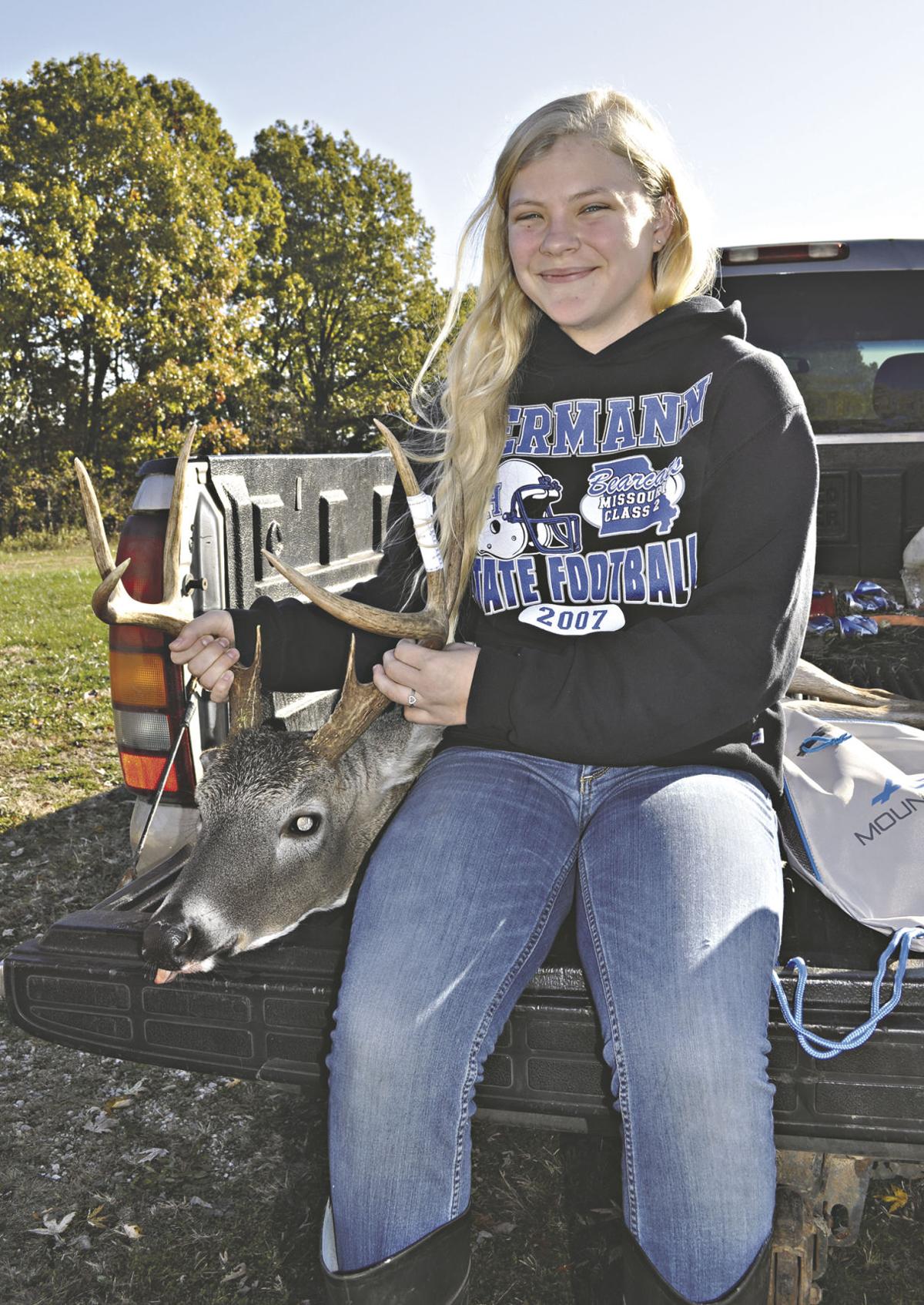 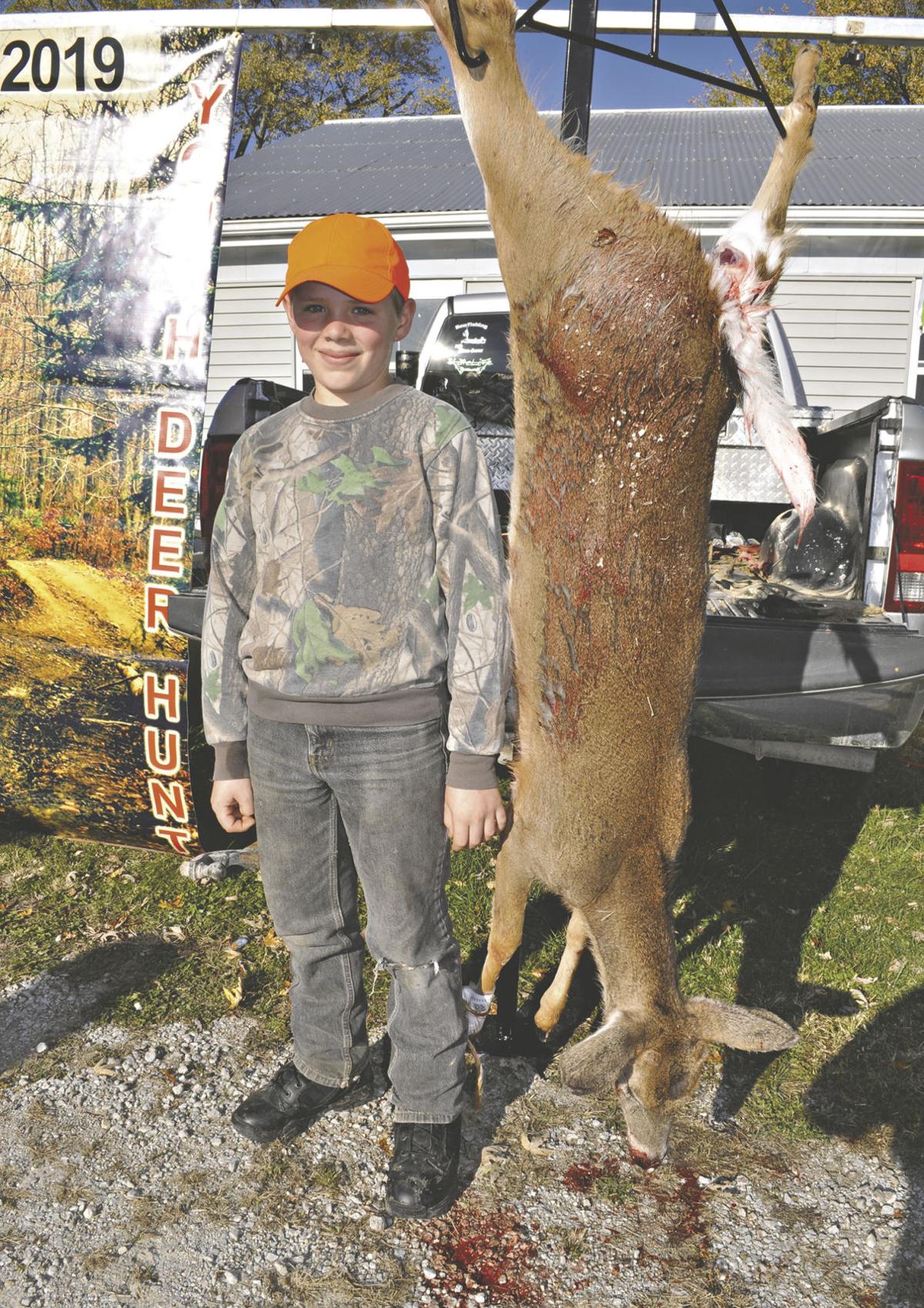 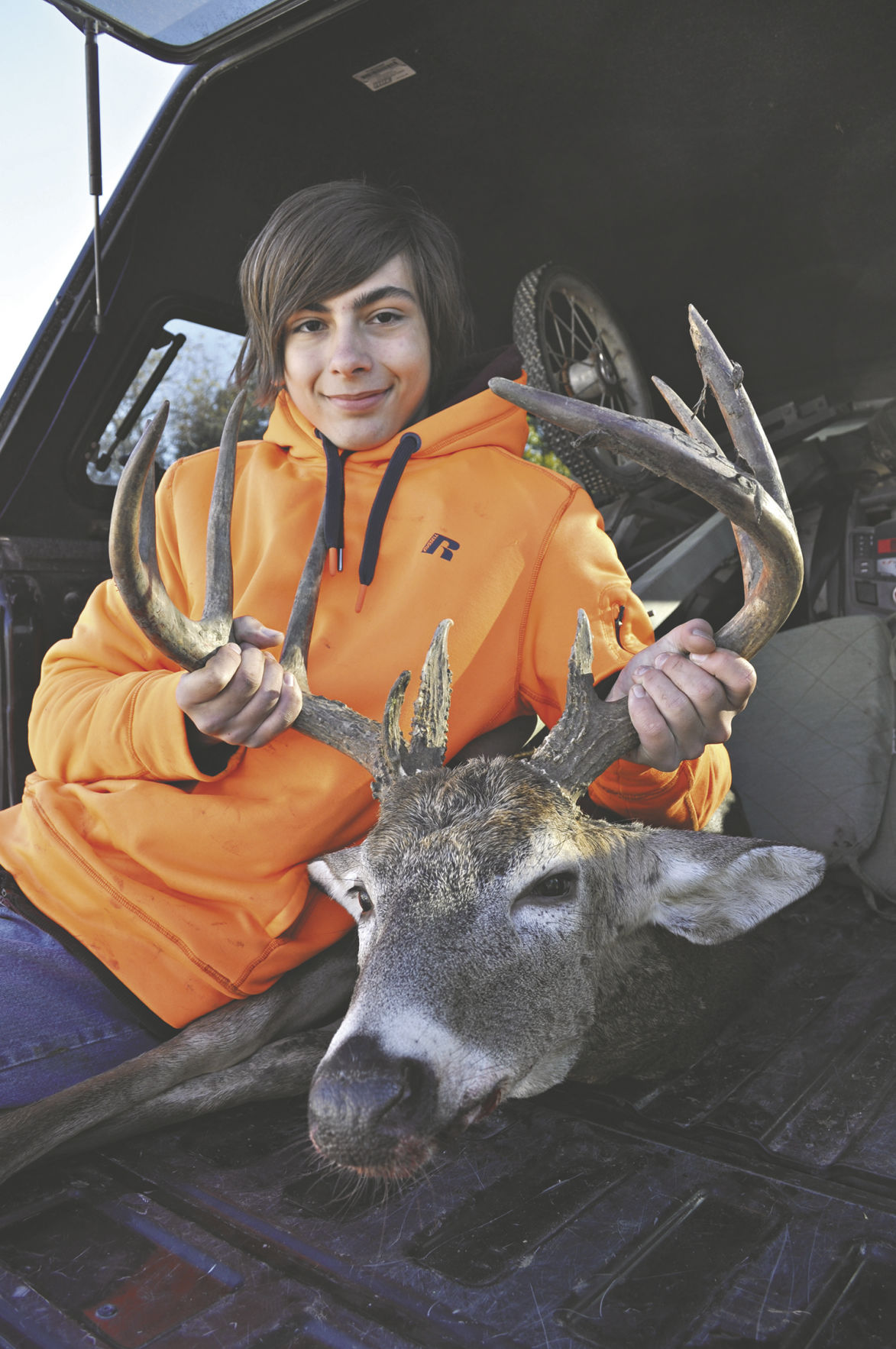 The Youth Hunt was held the first weekend of Nov. at the Hermann Rod and Gun Club. Over 150 prizes were given out during drawings and for the top four checked deer that were brought on site to be weighed and racks measured. The top prize for the biggest buck (11-point) went to Brady Klohr, who chose a gun safe, Jordan Fredrick chose a rifle for having brought in the second biggest buck and the third biggest buck prize went to Jackson Chasteen, who chose a crossbow. The 4th largest buck prize, a donation from Chasteens was won by Cydney Moeckli.

Brady Klohr, the grand prize winner said the eastern sky was just starting to get light when he and his dad got settled in their deer stand.

“It got lighter and we saw a little buck chasing a doe,” he explained. “Dad starts to use a grunt tube to get him to come over. The buck heard it but he didn’t come over. I looked out in front of me and I saw a little six-pointer walking up. There was a tree in front of the six [pointer], and I saw the tree and this deer’s head (his prize-winning deer) sticks out from behind it. I didn’t need to stop him, but I just grunted at him real loud, he stopped and I hit him. He did a little mule kick and ran around a little bit in the field and rolled in the mud. We picked him up and here we are.”