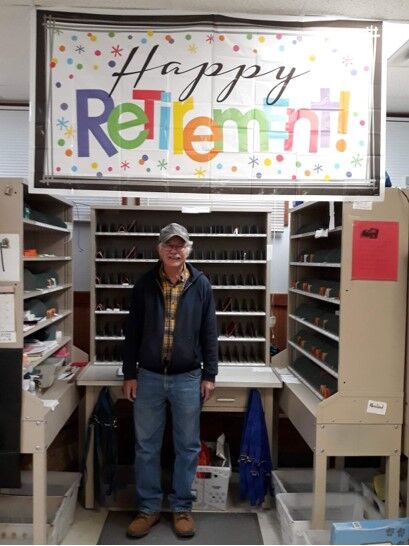 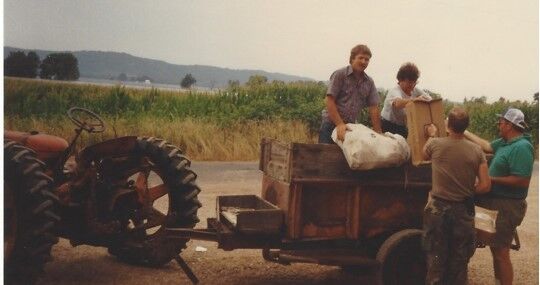 We interrupt Rhineland News this week to share the retirement of Harold Thompson, long time mail carrier in the Rhineland area.  Harold began his career with the United States Postal Service on May 31st, 1970 and worked in various capacities in the early years as a substitute mail carrier and became full time in September 1991.

Most of the area residents have great things to say about Harold and his going out of his way to make sure he delivered mail with a friendly smile and a dedication to his job.  The challenges Harold faced over the years included major flooding and still managing to get the mail out any way that it could be accomplished.  During the flood of 1993, Martha Hagedorn, the postmaster at Rhineland at the time was moving the post office temporarily to the old St Joseph School building next to the church.  Harold helped, along with others to get the mail situated in one of the classrooms in the old building and mail was delivered whatever way it could get through.

There were also challenging times with our unpredictable Missouri weather, Harold Thompson managed to get it delivered.  It takes real dedication to continue doing the same job for 50 years and to witness the vast changes over that fifty years with all the automation and things that have evolved so quickly with technology.

I did ask Harold’s wife Kay about riding in a vehicle, mail carriers usually sit in the middle of the front seat of whatever they are driving to lean over and put mail in the boxes.  After doing this job for 50 years, how much of an adjustment would it be for Harold to sit straight in the driver’s seat without having to lean over so far.  Kay, remarked there would be an adjustment period but she would gladly sit in the passenger seat and let Harold drive from the middle until he got used to it.

We wish Harold Thompson luck in his retirement and he will be greatly missed by all who have worked with him.  I know the people on this route will miss him for sure.

If you have Rhineland News email me at saenglert@hotmail.com, give me a call or stop by.

Will there be trouble in the Hermann area when Trump leaves office?