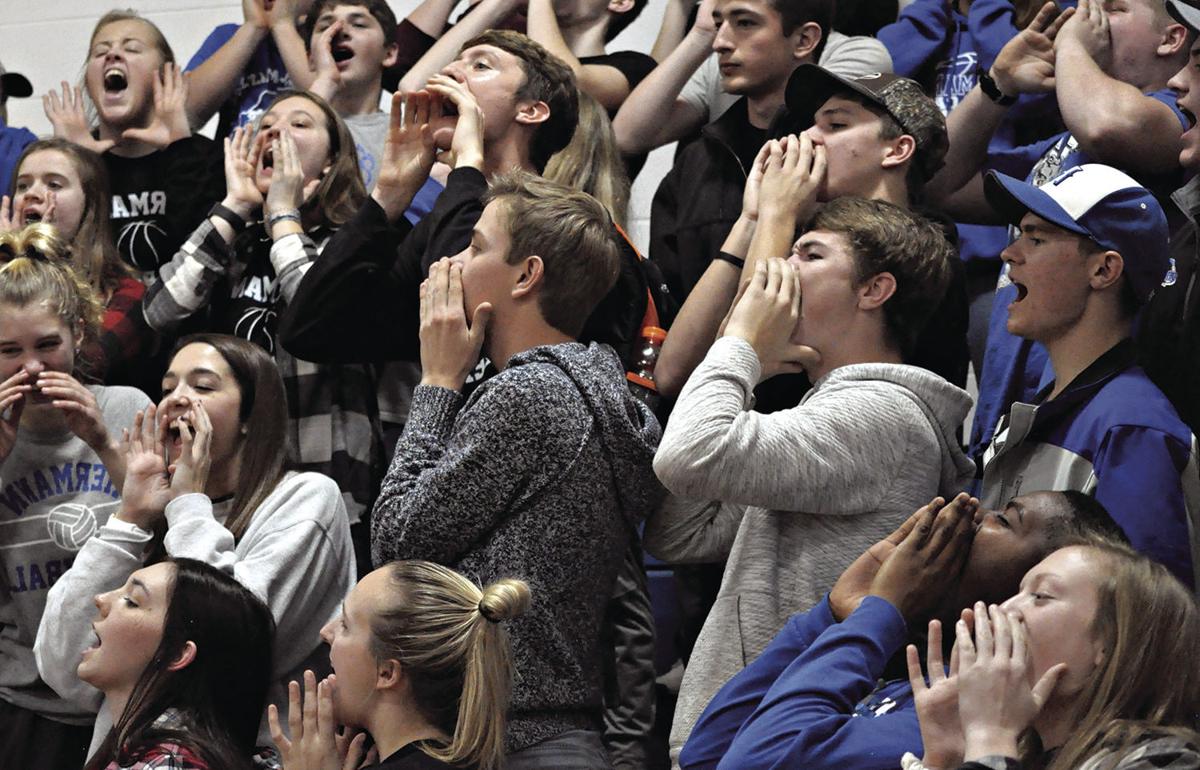 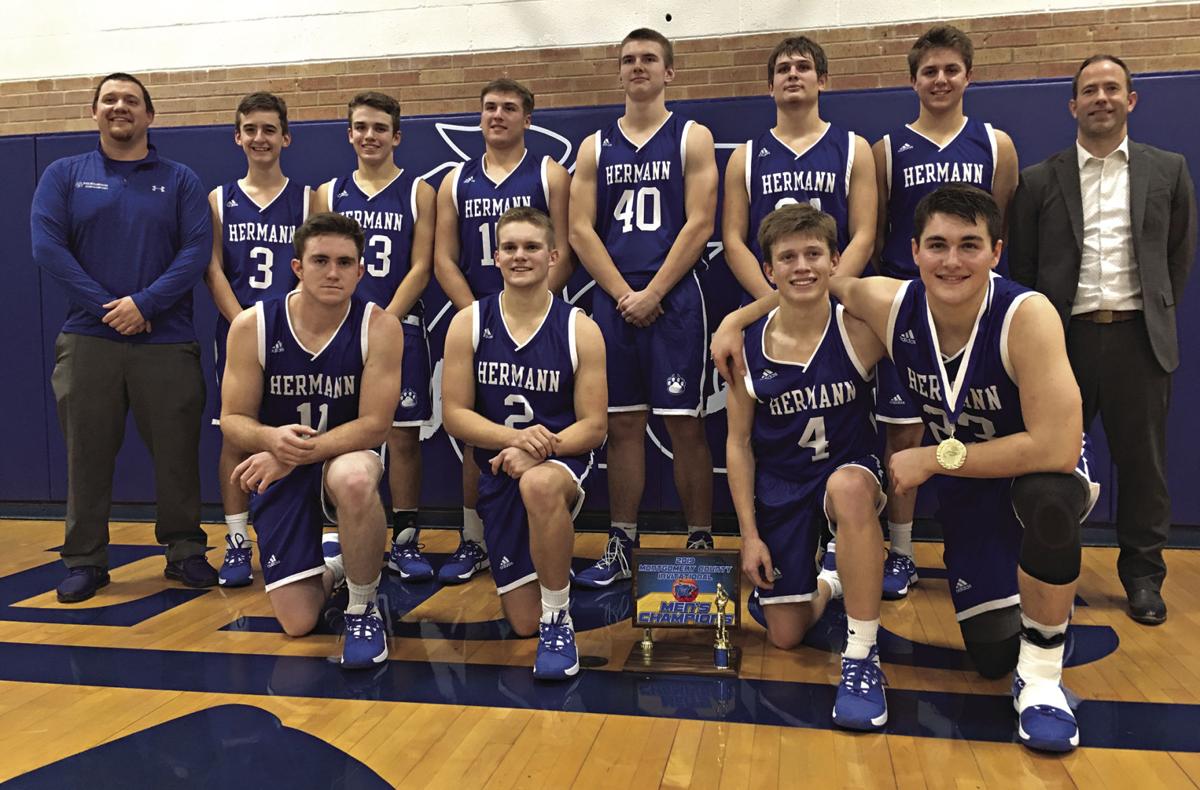 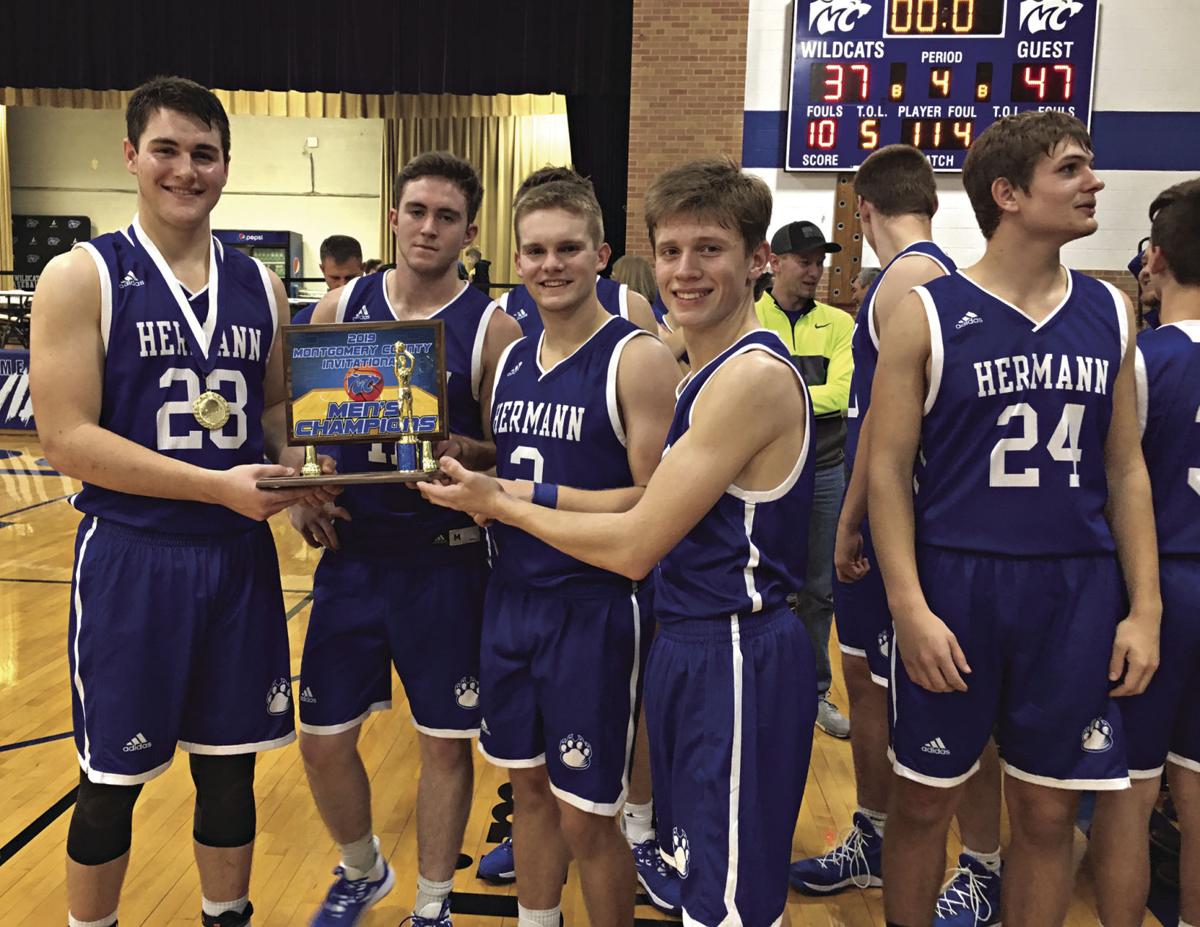 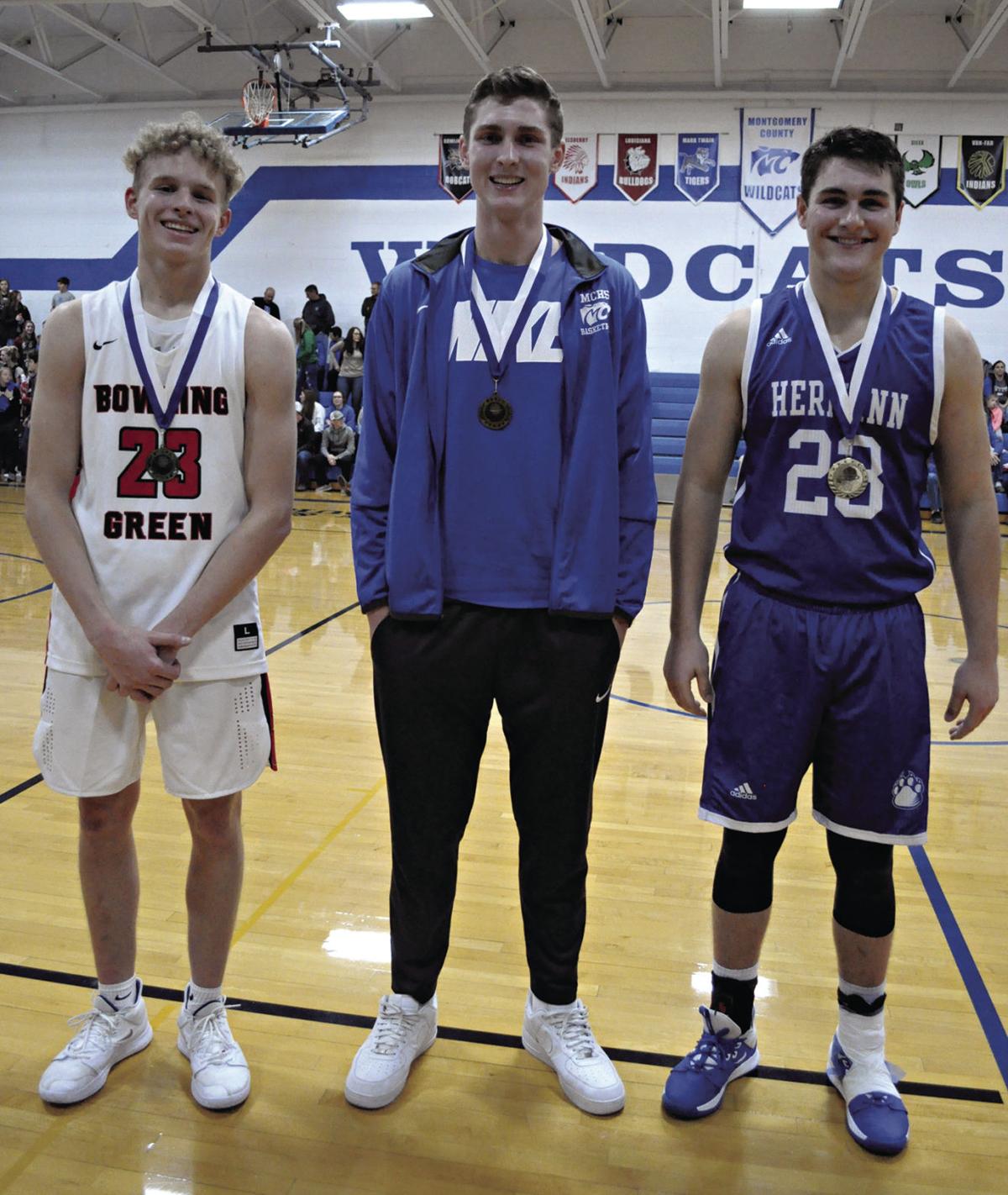 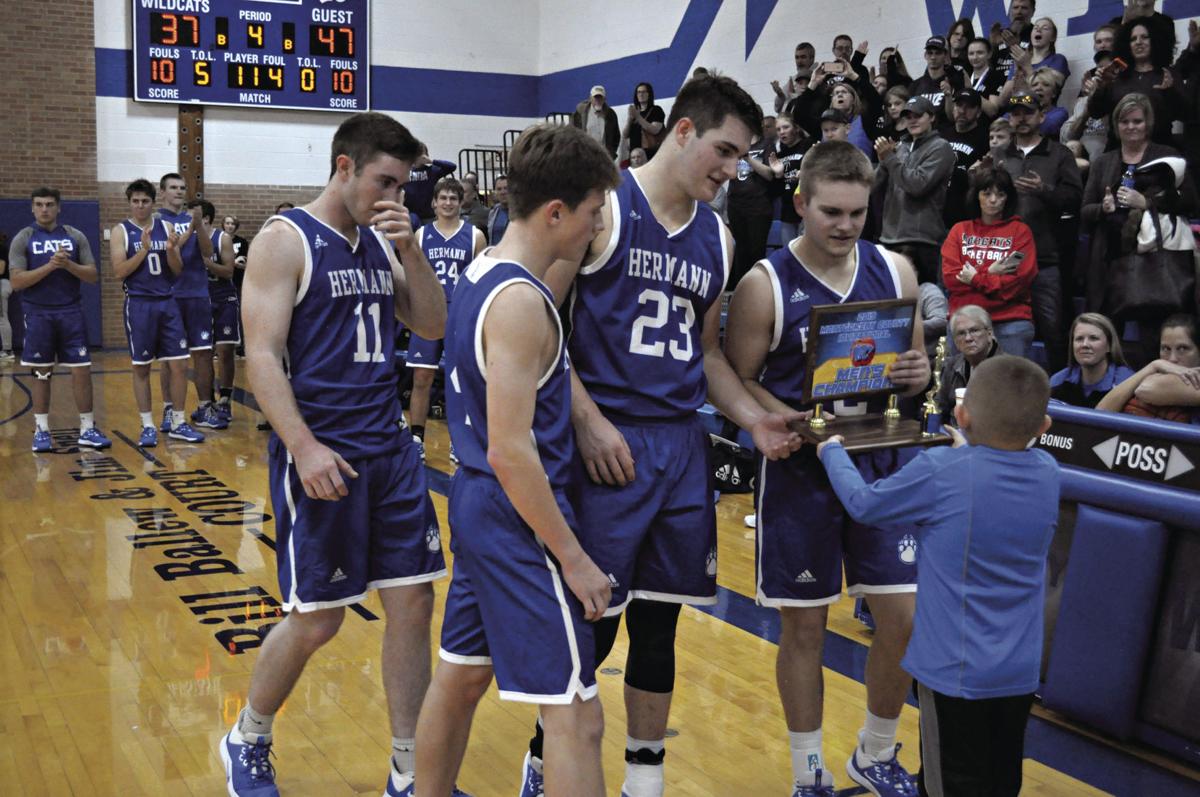 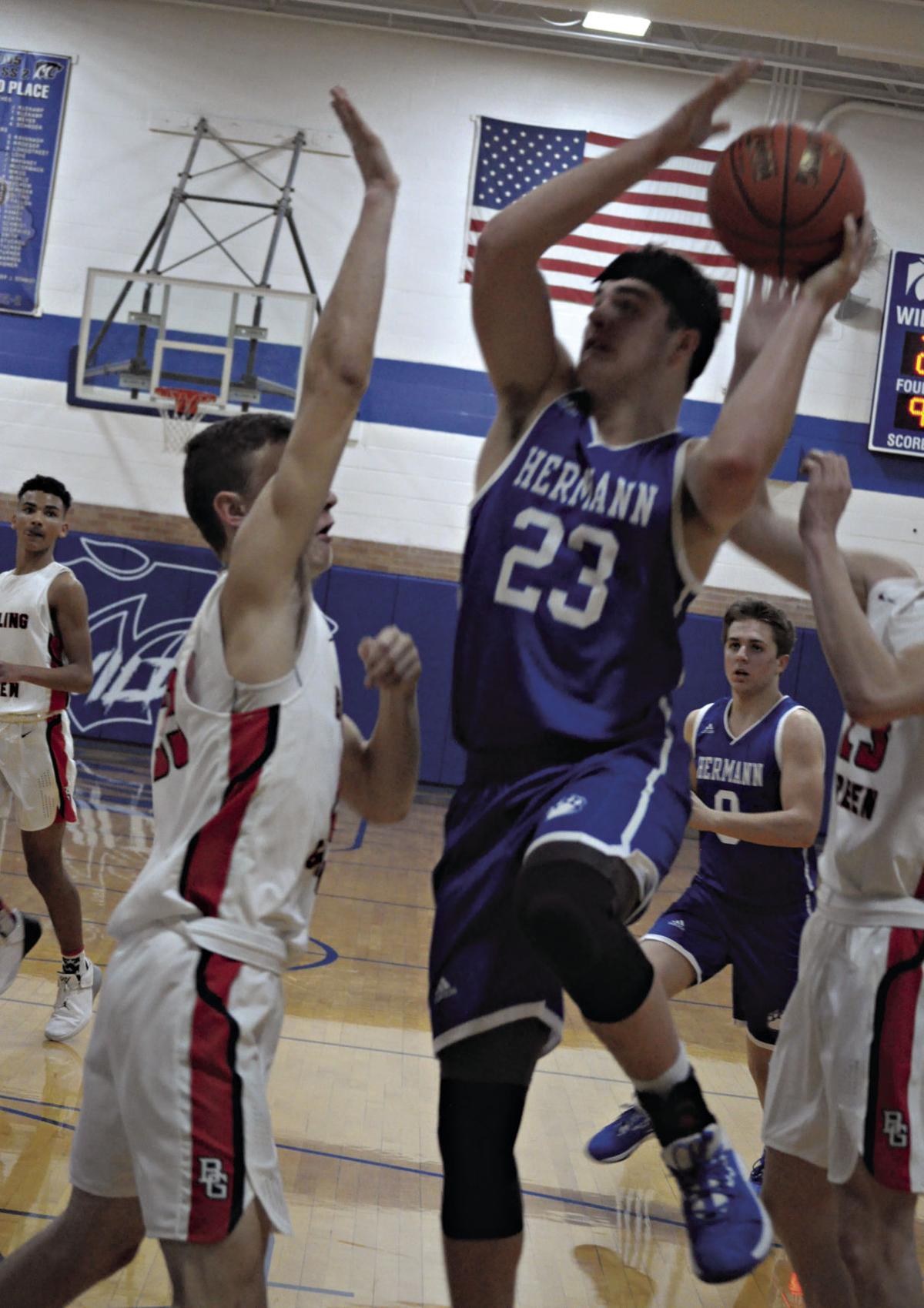 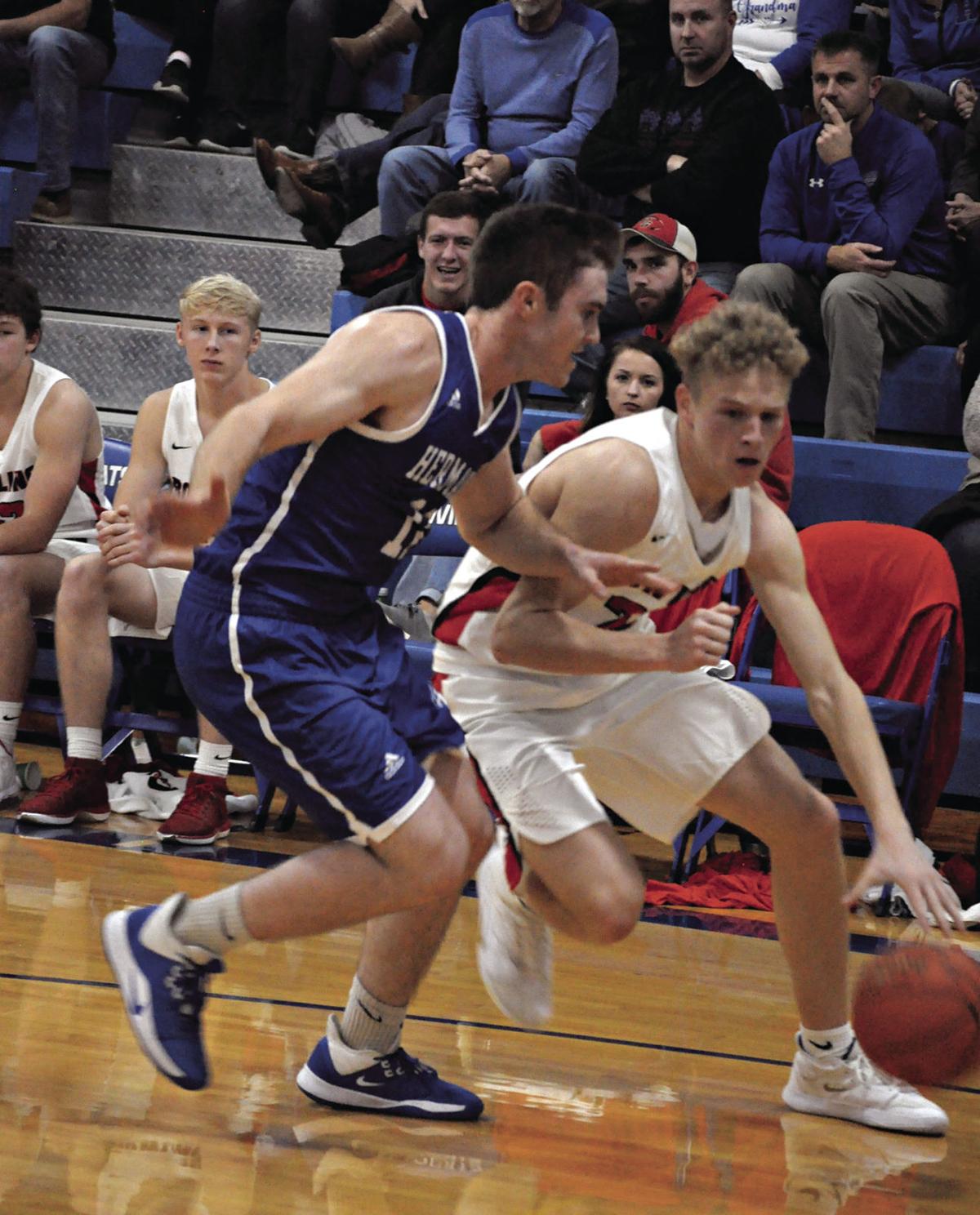 Bowling Green is a team of scrappers—just a little on the edgy side. Maybe it was telling in their fan base as well, as they jeered from the stands as Hermann tried to make free throws. They even turned on themselves, walking out on their team before they received second place in the Montgomery County Tournament, after Hermann put them away 47-37. It was a sweet win after the cardiac game with Montgomery County, with a determined Boyd Phillips making a tough shot on the way down with two seconds on the clock to advance the team to the championship game.

Head Coach Josh Vinyard said, “We did a great job of controlling their best player (Kameron Worley) and limiting their team to one shot.”  “Our ability to keep them off the offensive boards made it difficult for them to steal extra points.”

Trent Anderson led the team in scoring with 19 points, hitting 7 for 11 on free throws, followed by Holden Ash with 10 points. Hermann led 22-13 at half-time and well into the third period, it was trench warfare, with both teams scoring only 7 (Hermann)and 8 points, respectively. With 3:20 on the clock, Bowling Green had outscored Hermann 5 to 1, before the Bearcats started getting open and hitting the basket.

By the 4th period, it started to get a little ugly with two personal fouls called during the same play on both teams. With four minutes to go, Trent Anderson twists his ankle and goes out of the game for a tape job. With the clock winding down, both teams start fouling, with Chase McKague fouling out with a minute to go. Hermann wound up with 24 fouls called in the game with four apiece for Holden Ash, Carter Hemeyer and Boyd Phillips. Bowling Green chalked up 19 for the game. With under a minute to play, Hermann is fouled four times.

Coach Vinyard said the team did not make many mistakes and executed their game plans well, all week during the tournament.

Bears Insider Podcast 184: A newsy week for the Bears

“We have to continue to get better on the offensive side of things.  We are sharing the ball very well but we still have a lot of work to do in order to score consistently. Hopefully we can gradually get to that point soon.  But we have been very solid in our half-court defense and have gained confidence as a unit each game. Each player did their role and helped us go win a championship.

I was really proud of our seniors. The Montgomery County tournament was the only tournament that they had not won in their varsity careers.  We talked about that all week, and I was happy they went and got that done. They have won 4 straight tournament championships and not many teams in our history can make that claim as well.”

Trent Anderson was the leading scorer in this game with 16 points, followed by Chase McKague and Boyd Phillips with 5 each. Without Boyd Phillips’ “do or die” basket with two seconds on the clock, the tournament outcome come have been different.

Wellsville has some good shooters with Jamel Mahaney hitting 17 points, Clayton Ebers hitting 12 and Dennis Hunt hitting 10. This was offset by Hermann’s Trent Anderson sinking the baskets for 20 points, hitting 89 percent of his shots and Holden Ash’s 16. Seth Hackmann had seven and Boyd Phillips had six. The team was 10 for 21 on free throws.