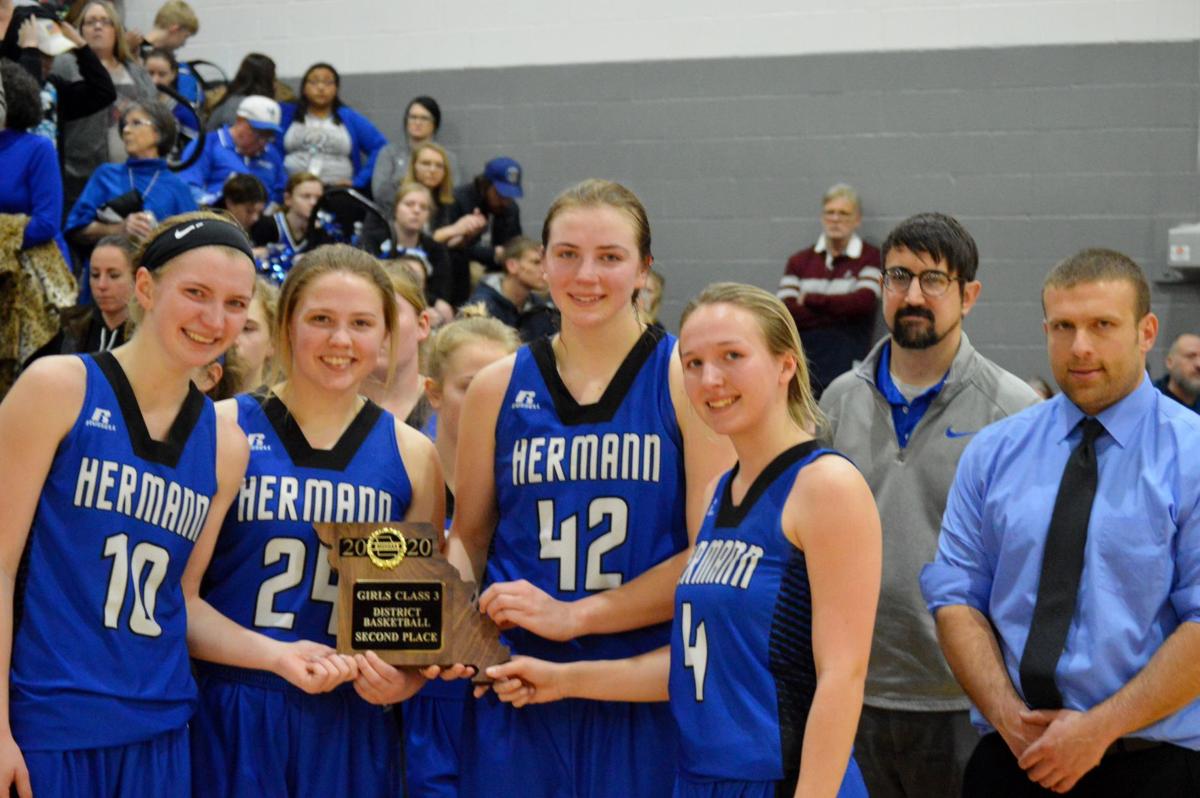 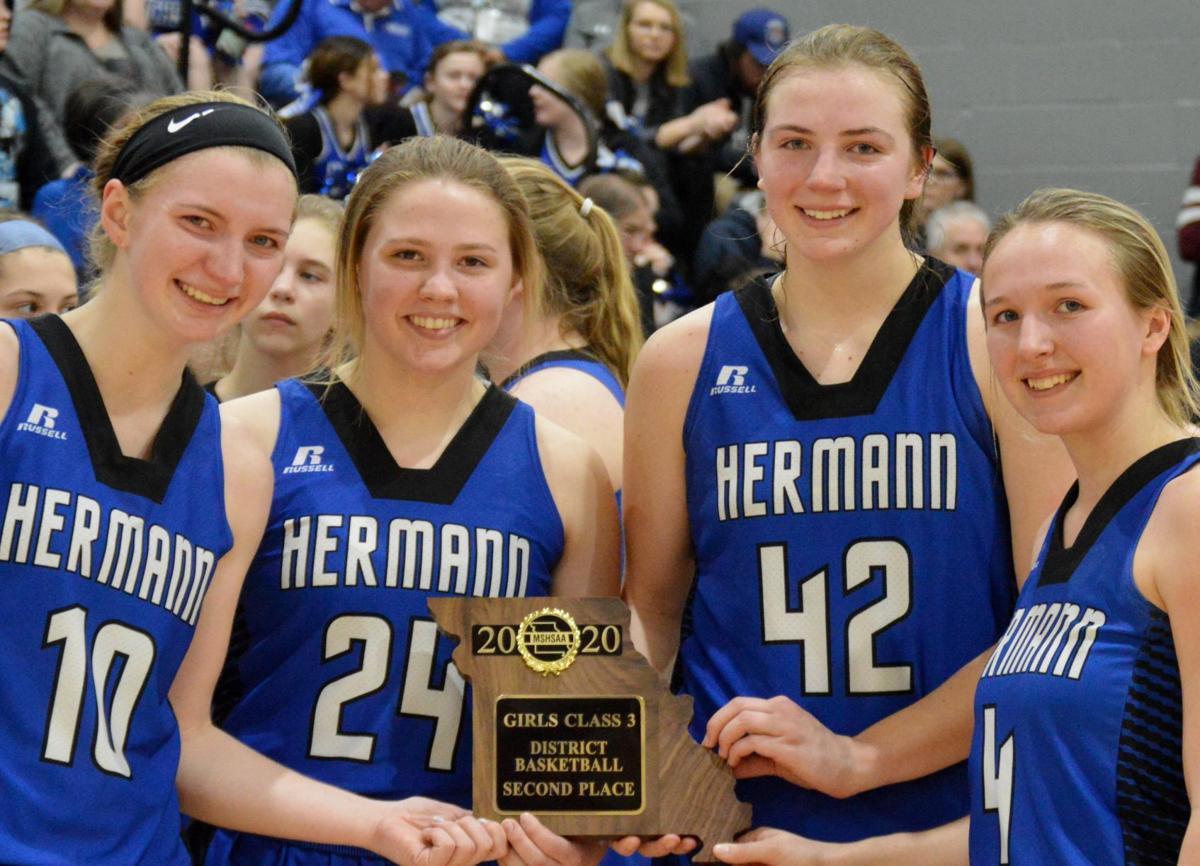 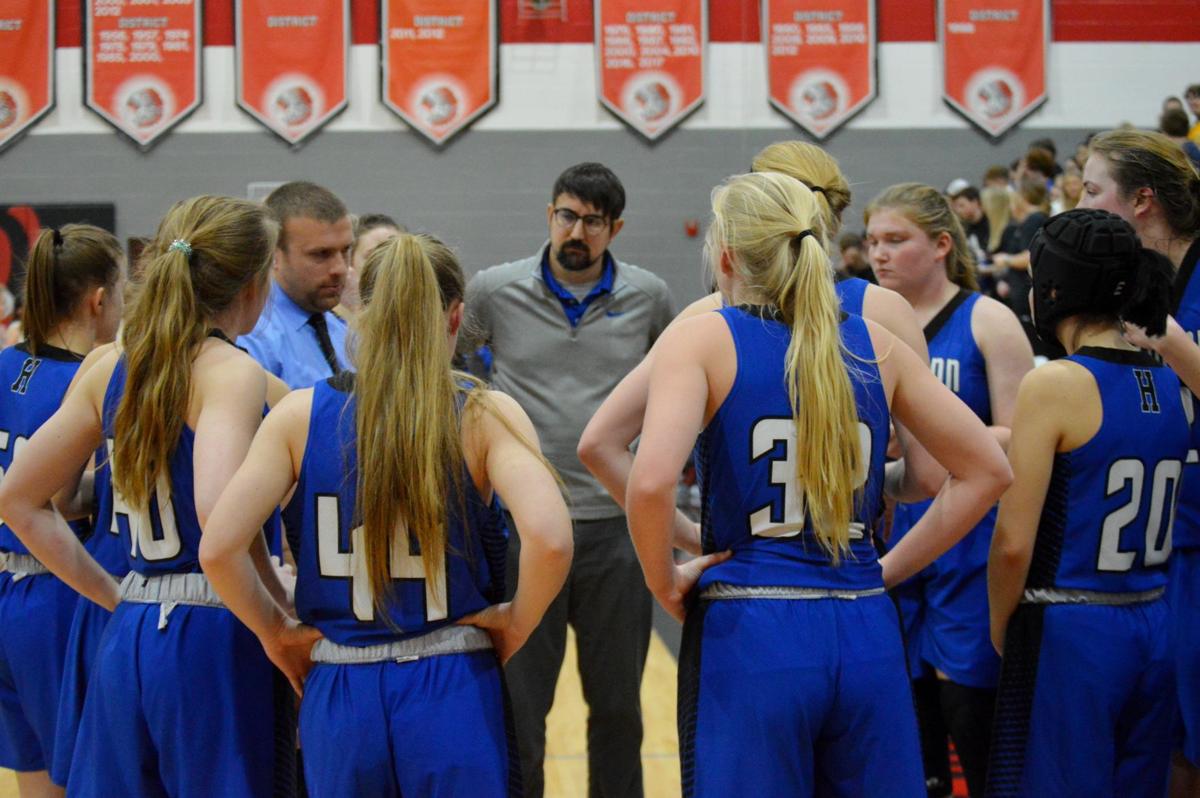 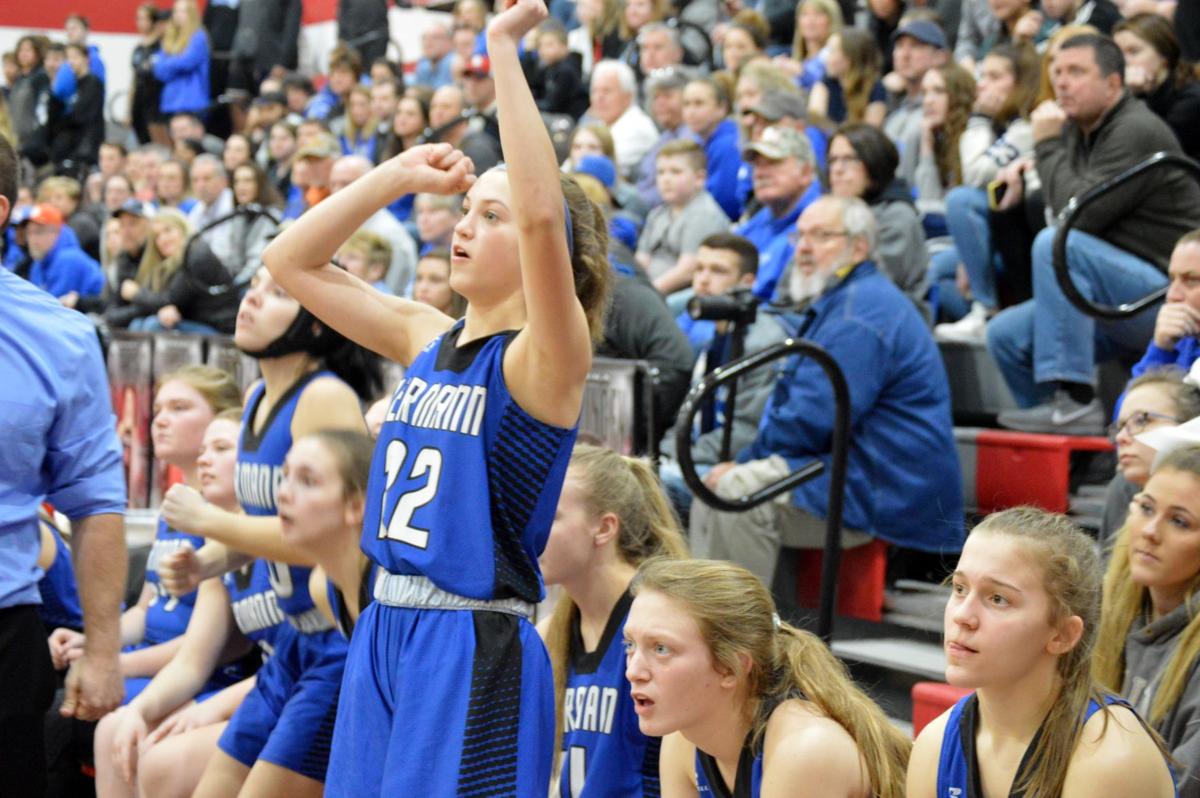 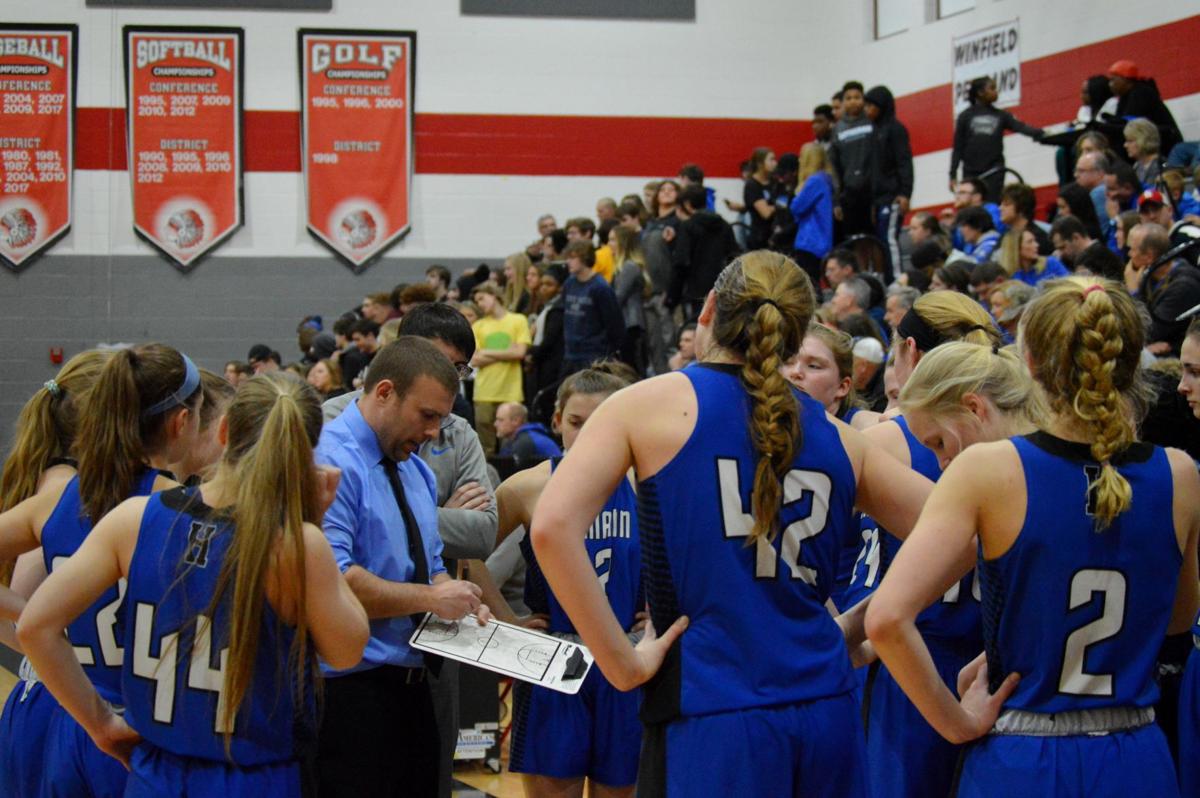 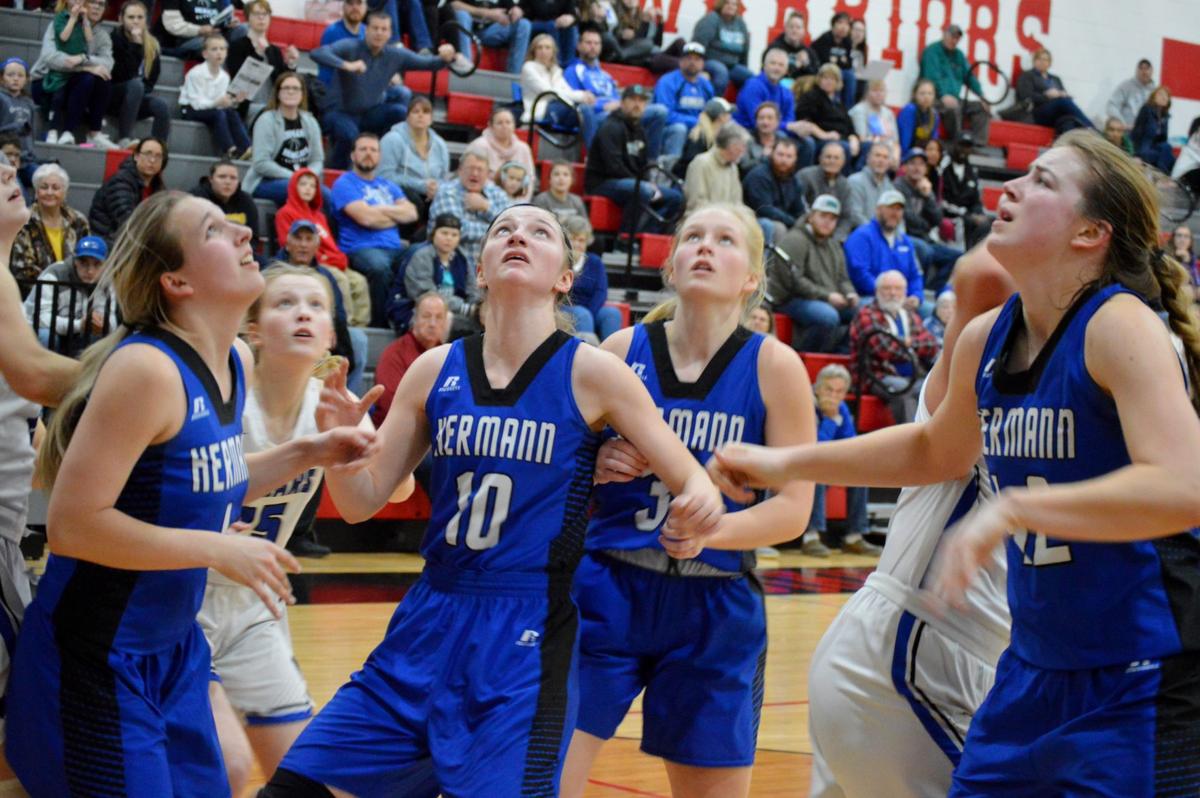 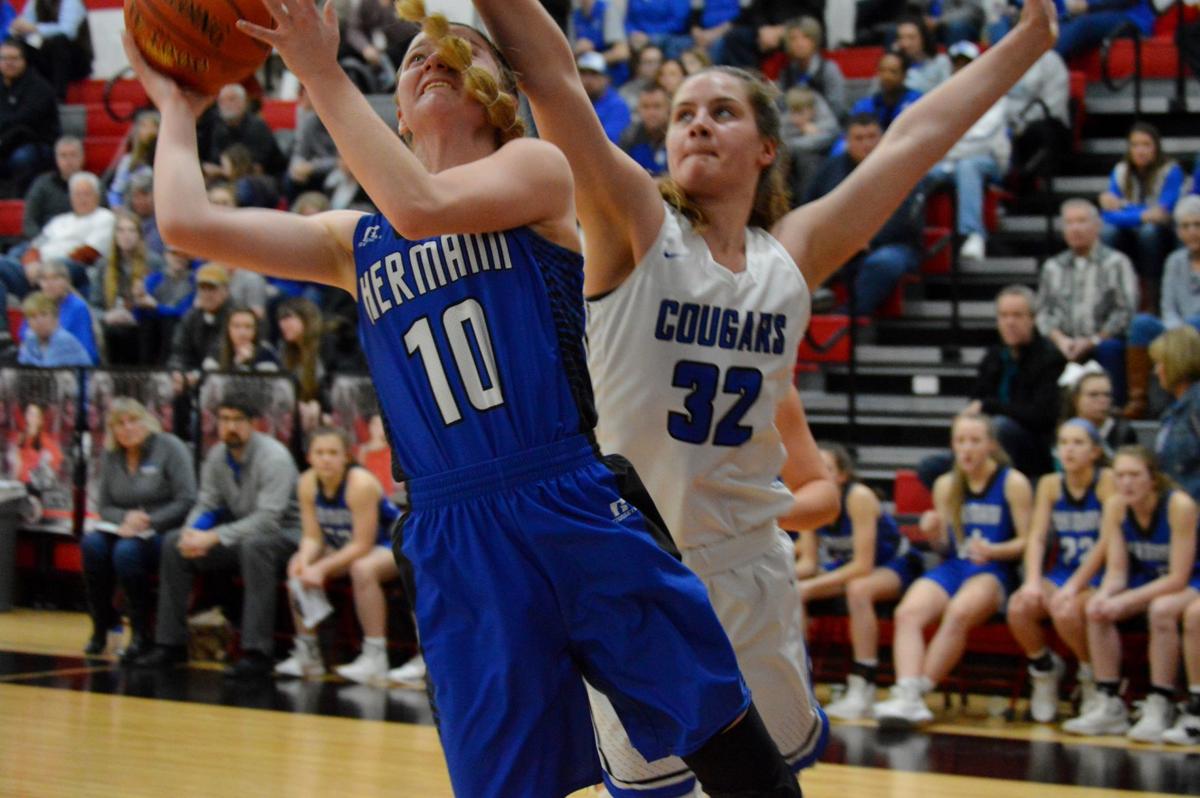 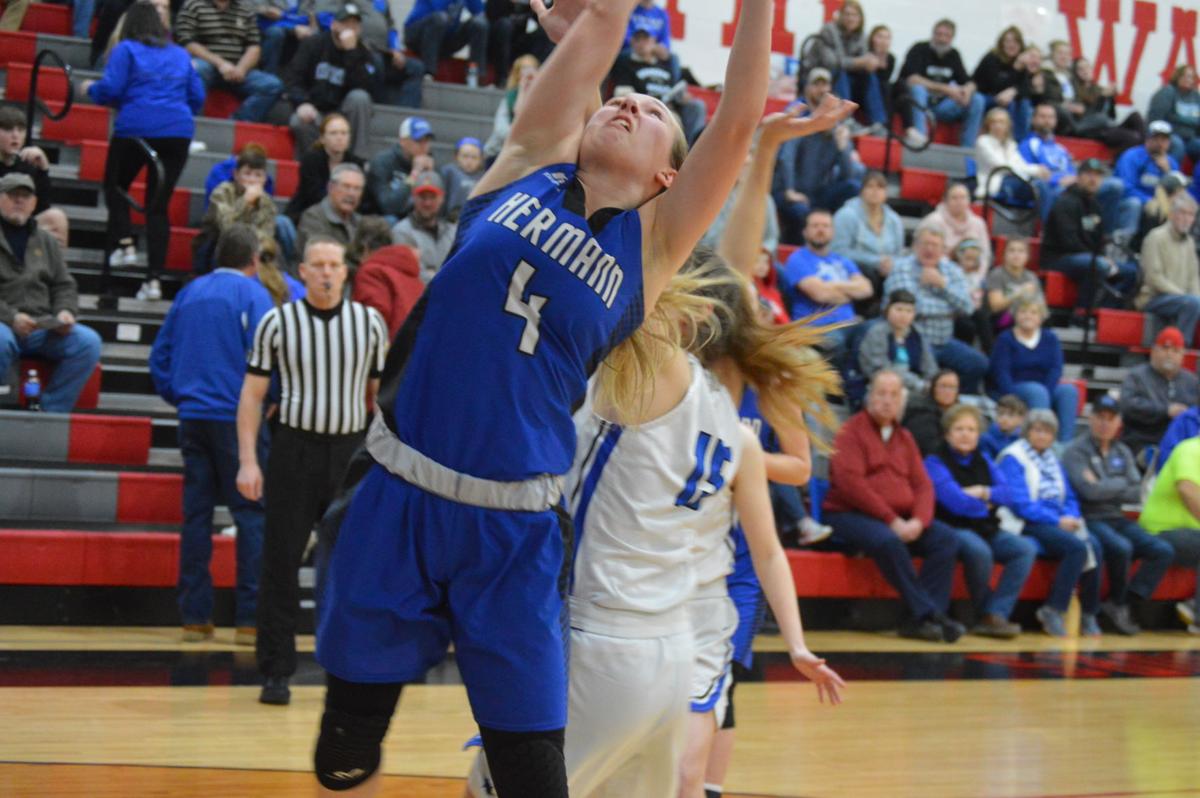 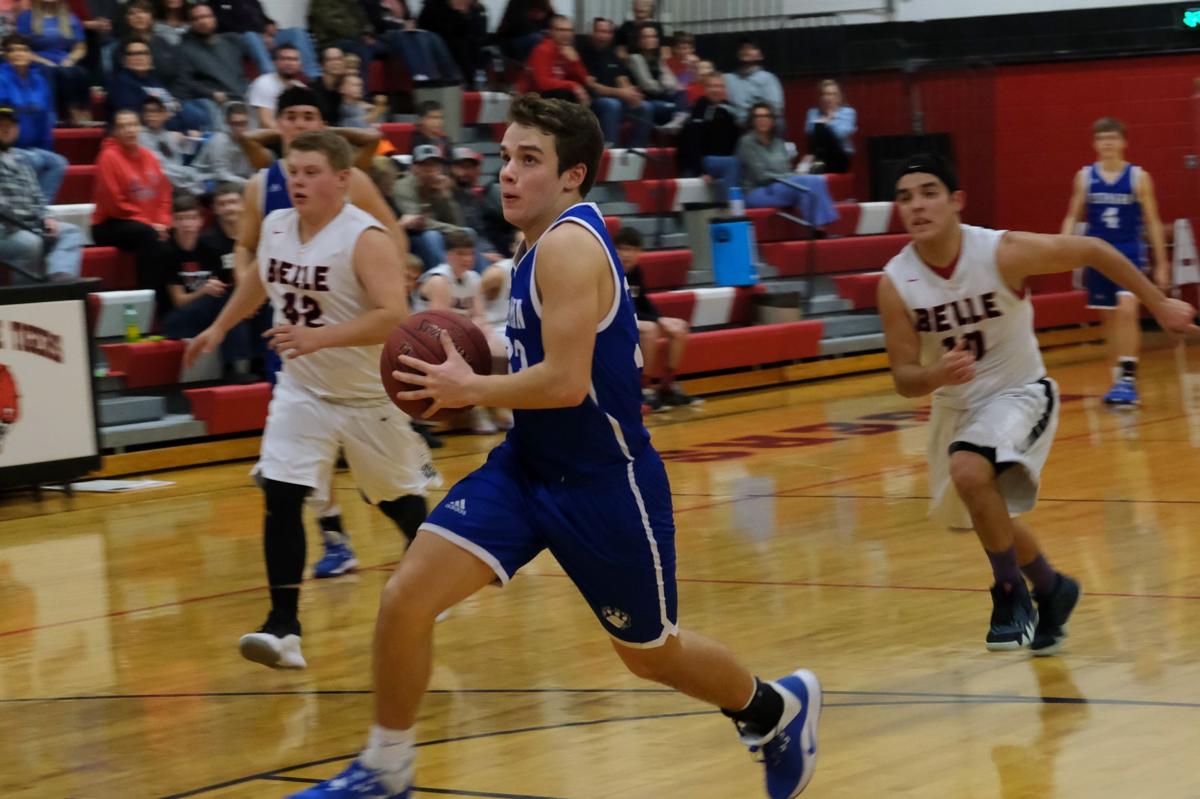 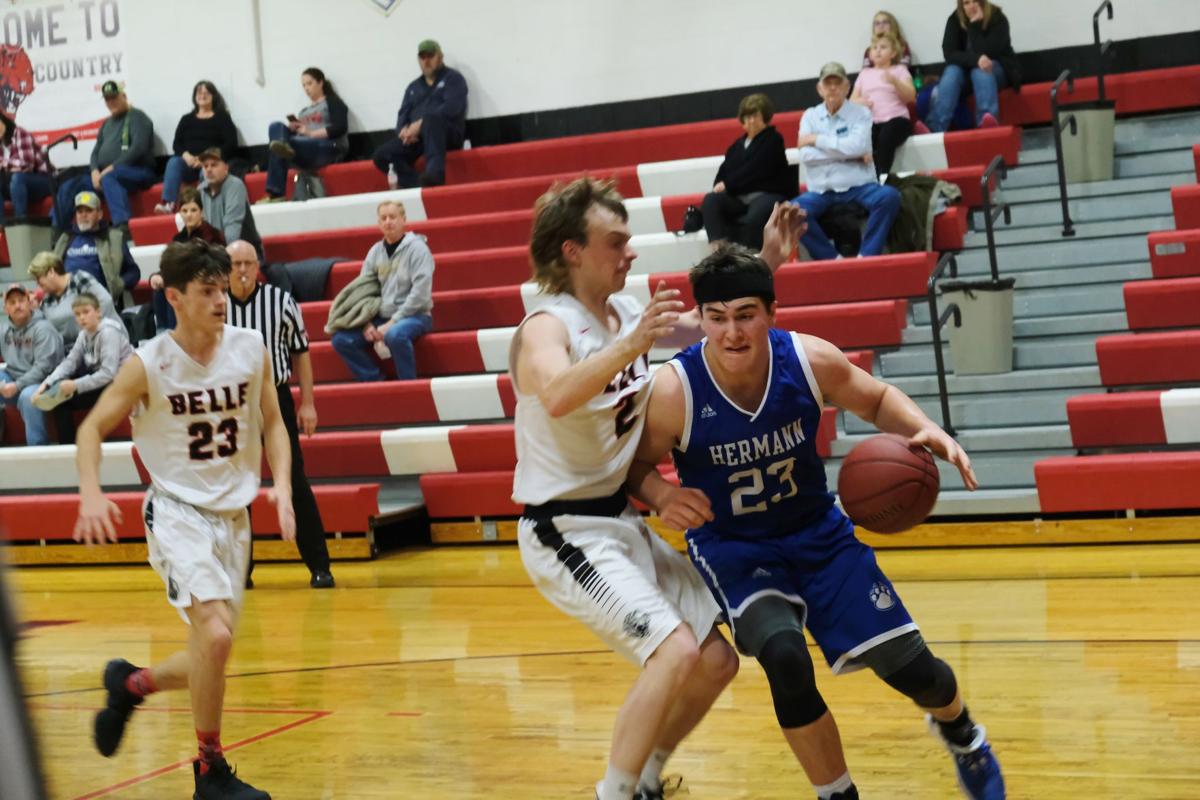 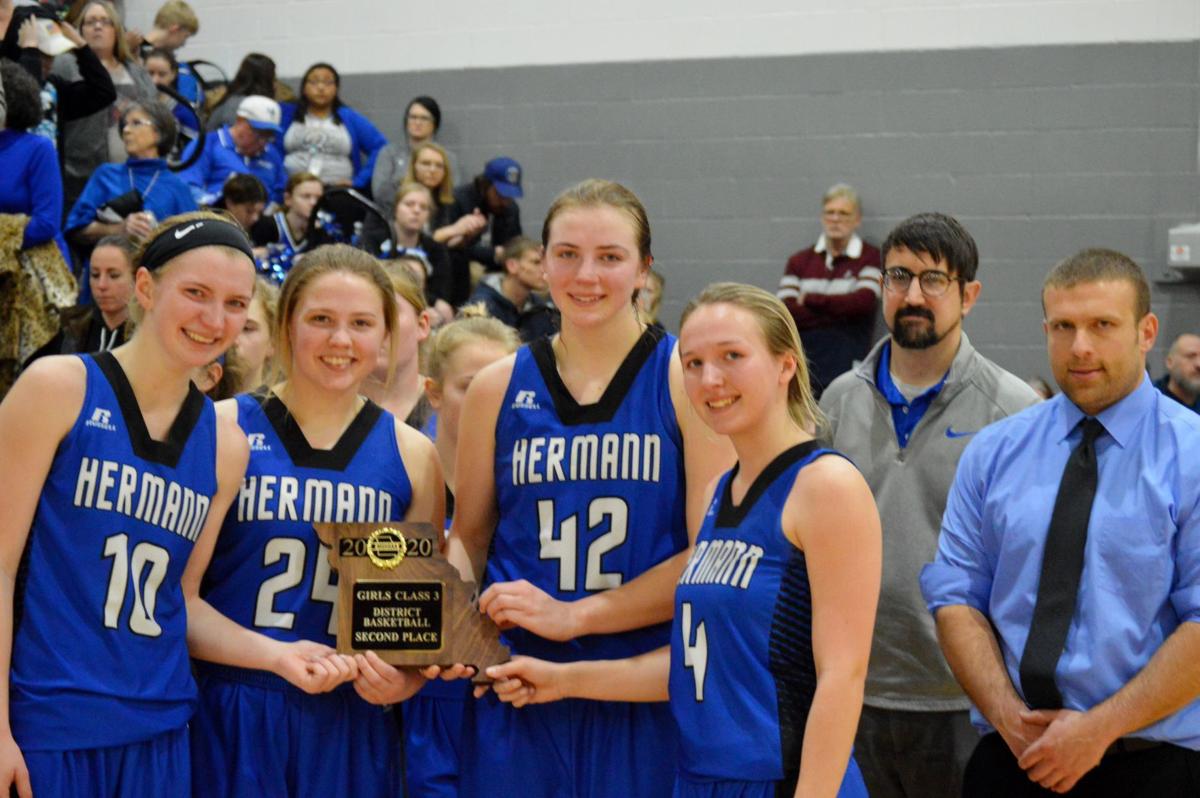 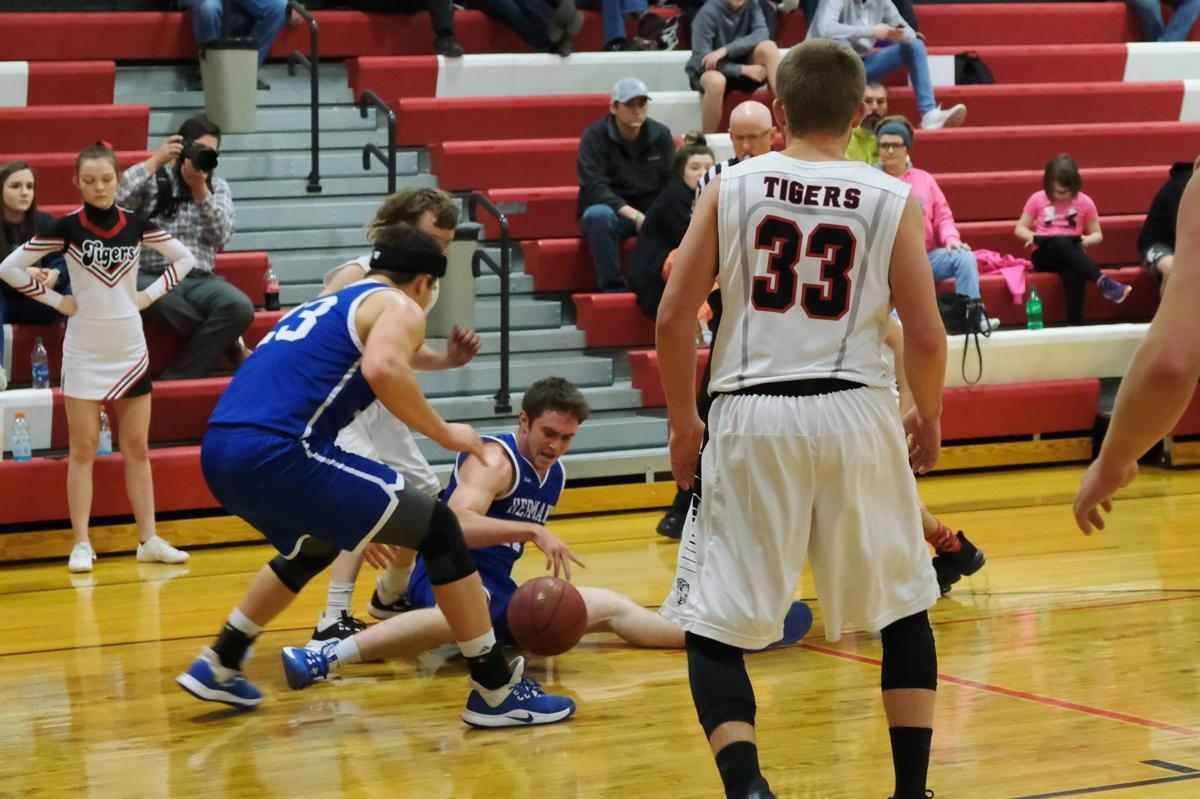 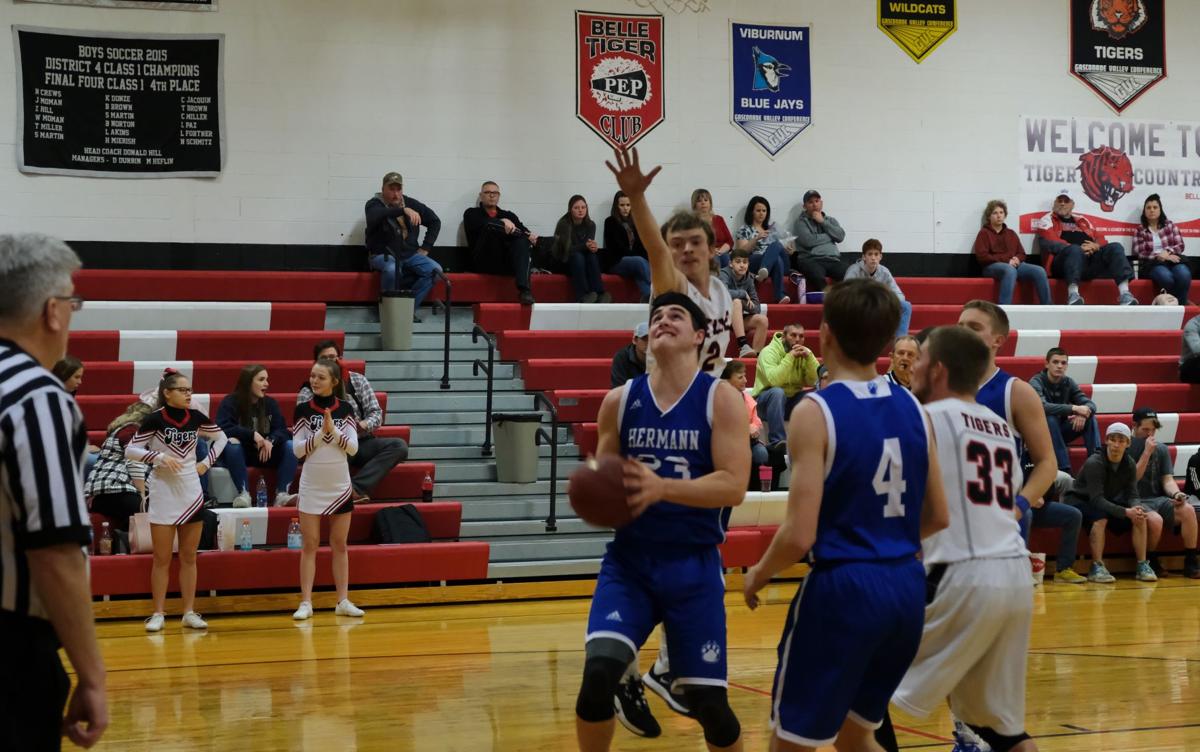 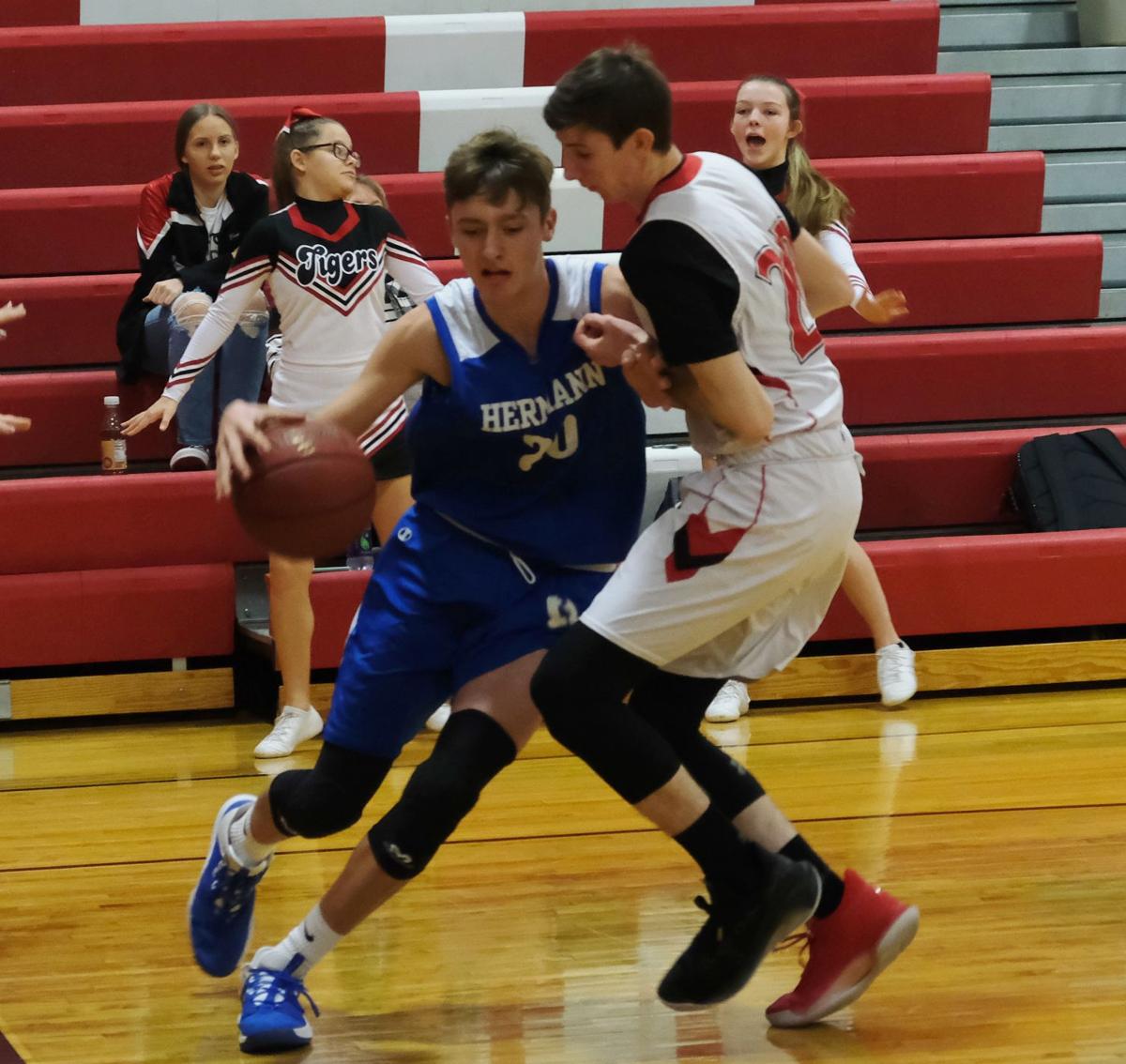 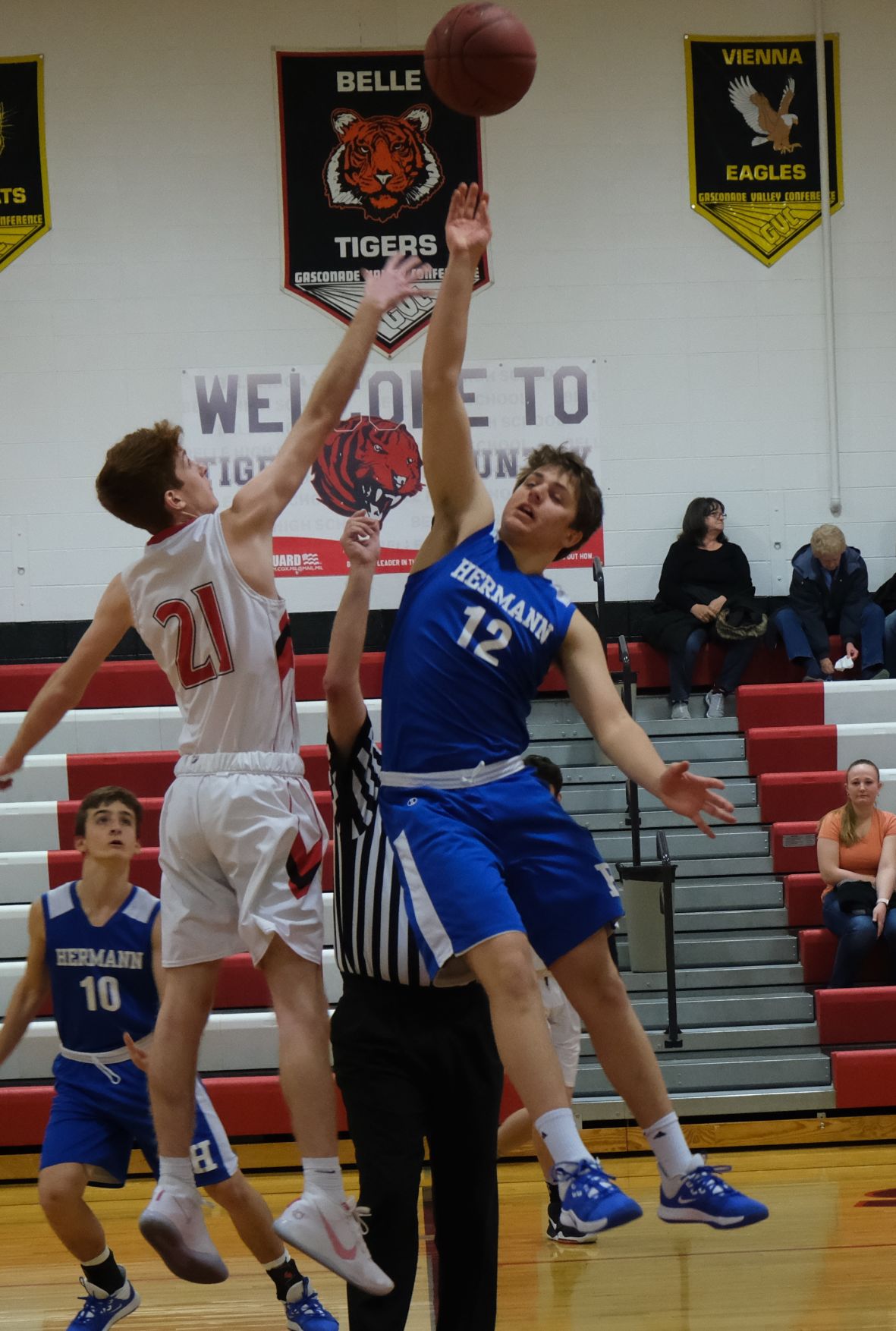 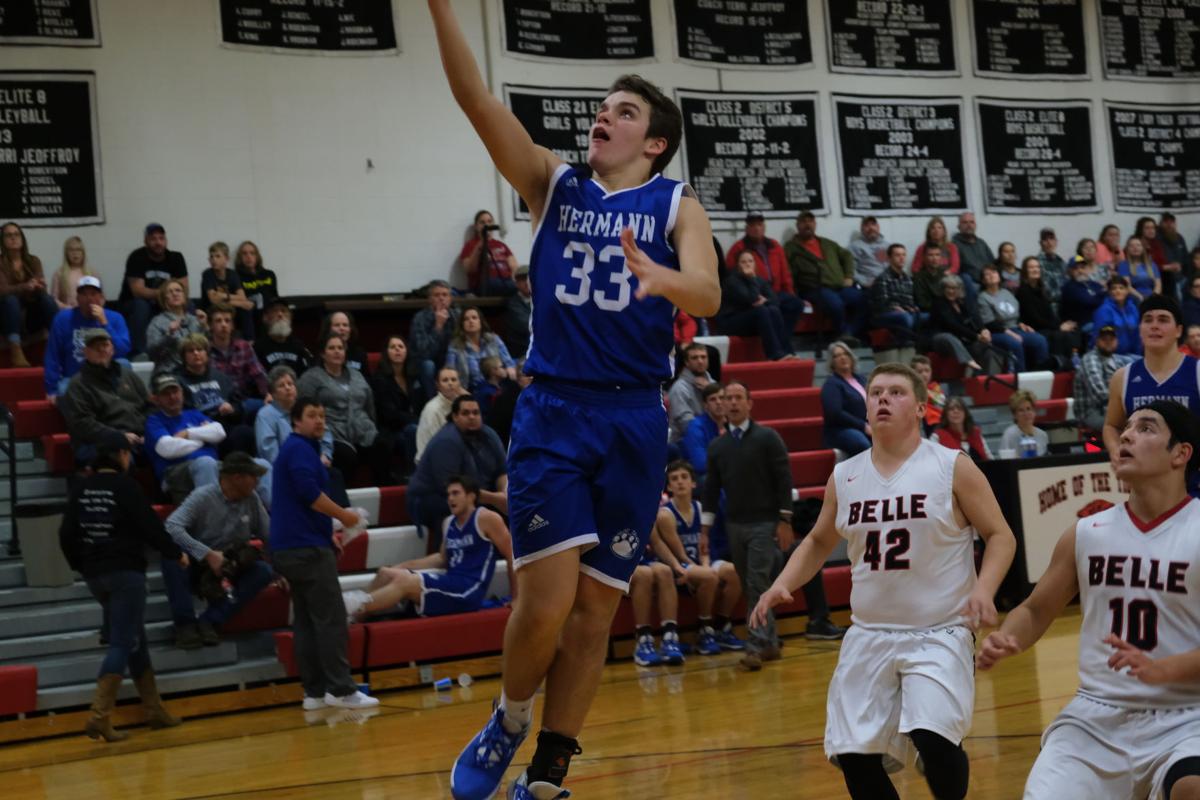 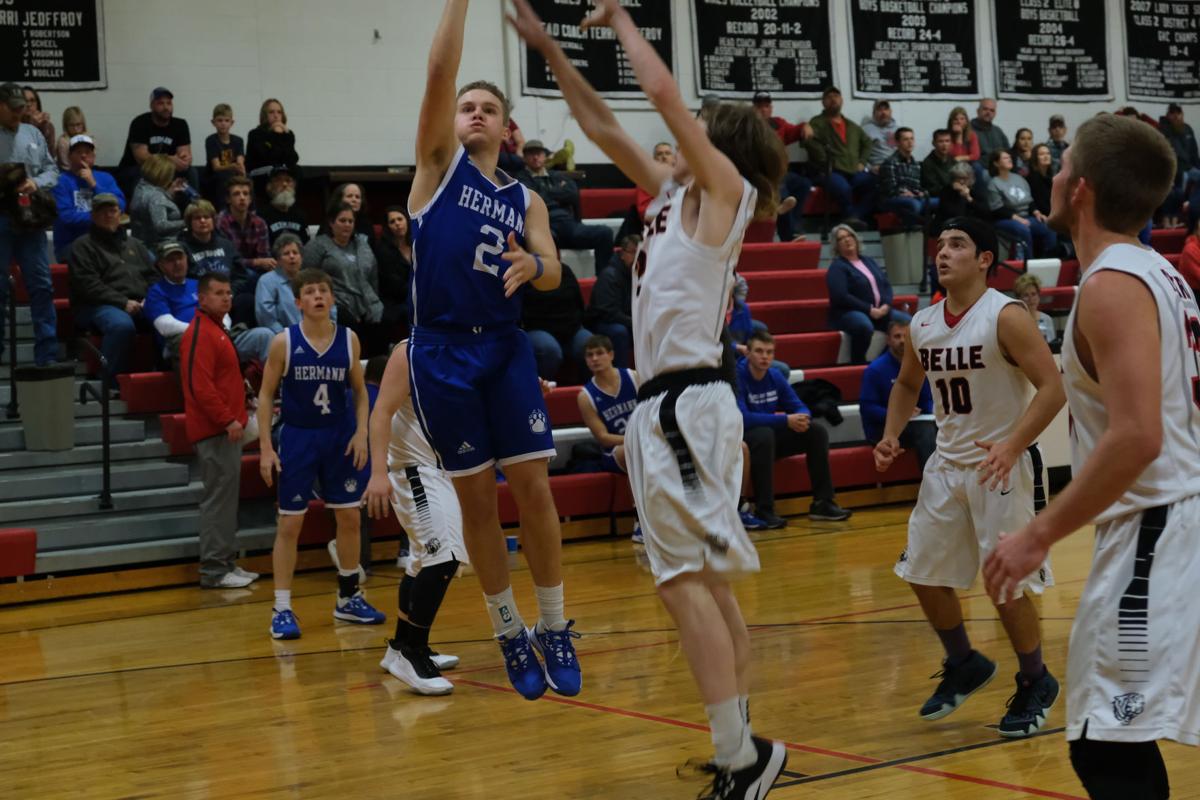 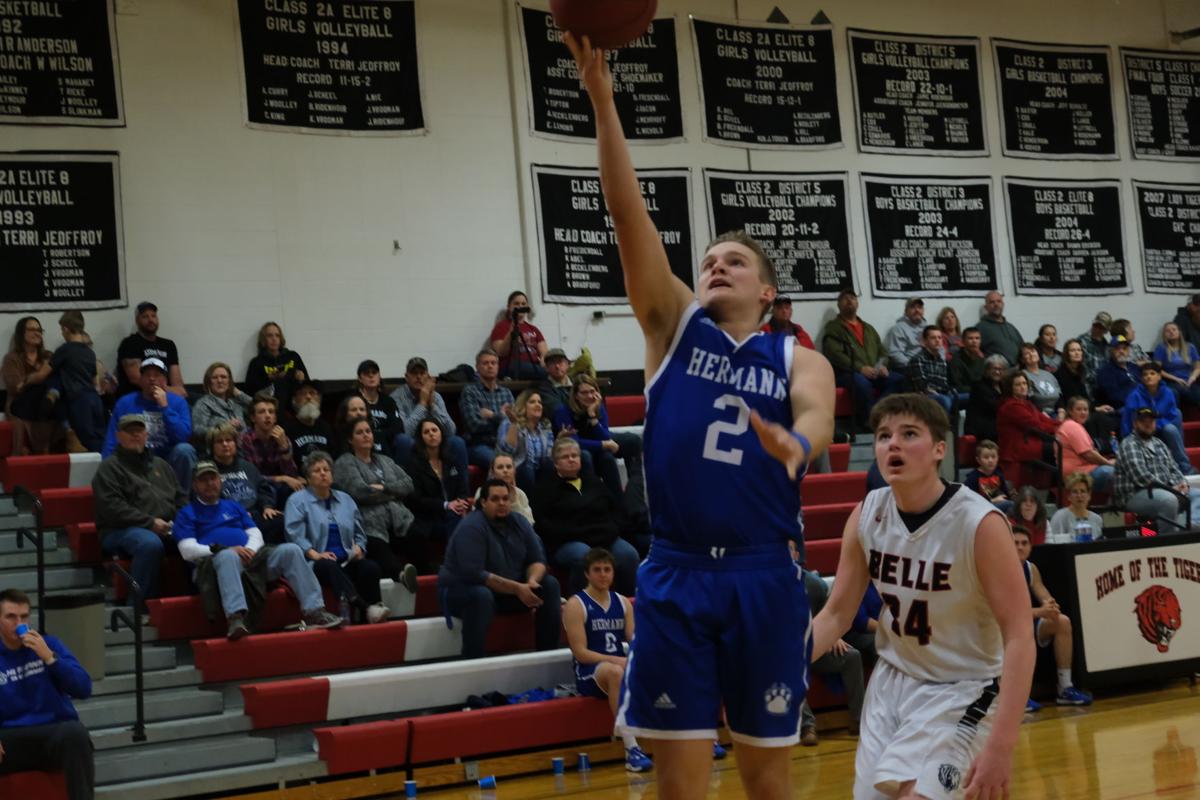 The season for both the Bearcats and Lady Bearcats ended last week at the Class 3 District 8 Tournament, with the boys making it to the semi-finals, and the girls team going into the championship game before falling to Lutheran St. Charles.

The Bearcats started off district play with a good game against Bowling Green, Coach Josh Vinyard said, winning that contest 54-48.

In the semis, the boys faced Christian High School, and despite the outcome Vinyard said he saw a lot of good things from his players there too.

“They jumped on us early, 18-8 in the first quarter, but then we battled back in the second quarter and got it to five,” Vinyard said. The Bearcats fought to shrink that gap through the rest of the game, but weren’t able to capitalize on a few chances, and some bad turnovers at the last gave Christian a boost to win 60-43.

“I though our kids competed really hard and played their tails off and played hard, and that’s all we could ask of them,” Vinyard said.

The team was extremely competitive this season, Vinyard said, and even the games that the Bearcats lost were still fights all the way until the buzzer.

“In all of our games, we were really competitive, I think we lost five games by four or less points, so we had a handful of games there that could have went either way and our record would have been even better, “Vinyard said.

This season the team was able to give some underclassmen varsity minutes, which translates into big advantages down the road; Vinyard said there’s a lot of talented kids on the team, and they’re all willing to put in the work to improve.

Though there is new talent coming up, four seniors will be leaving the program as well: Trent Anderson, Boyd Phillips, Carter Hemeyer and Chase McKague.

After more than doubling the score of Winfield’s girls team in the opening round of the Class 3 District 8 tournament (winning 62-25), the Lady Bearcats threw down in a close game against Montgomery County, beating them 51-48 and proceeding on to the final championship round.

Hermann Athletic Director Todd Anderson said that the basketball programs for both the boys and girls teams are in a good place for the district. While there’s always room for improvement, looking at their recent seasons Anderson said there are good signs of vitality with the Bearcat teams.

The JV teams too are bringing up a promising crop of underclassmen.

“Both of them finished just below .500, as far as overall record goes,” Anderson said. “Some of that is playing some freshmen and sophomores on the varsity, which obviously would help your JV team out, but I think there’s definitely some pieces there that as we lose seniors to graduation from the boys and girls teams, that provides some opportunities for those kids to move up and play at the varsity level.”

There’s a “lot of quality kids” graduating from both teams this year, Anderson said, players who’ve given a lot of time to the program from a very young age.

Anderson coached the current crop of Lady Bearcat seniors for their first two years of high school, and his son is also among the graduating class on the Bearcat’s roster this year.

“I have good relationships with a lot of those kids on the boys and girls side, and wish them well as they move on, and we’ll miss seeing them on the floor next year when basketball season starts back up,” Anderson said.

Like Aaron Rodgers, Aaron Jones ‘would love to be a lifelong Packer’ — but will he?

After many personnel changes a year ago, Mike Pettine’s defense aims for big steps in 2020