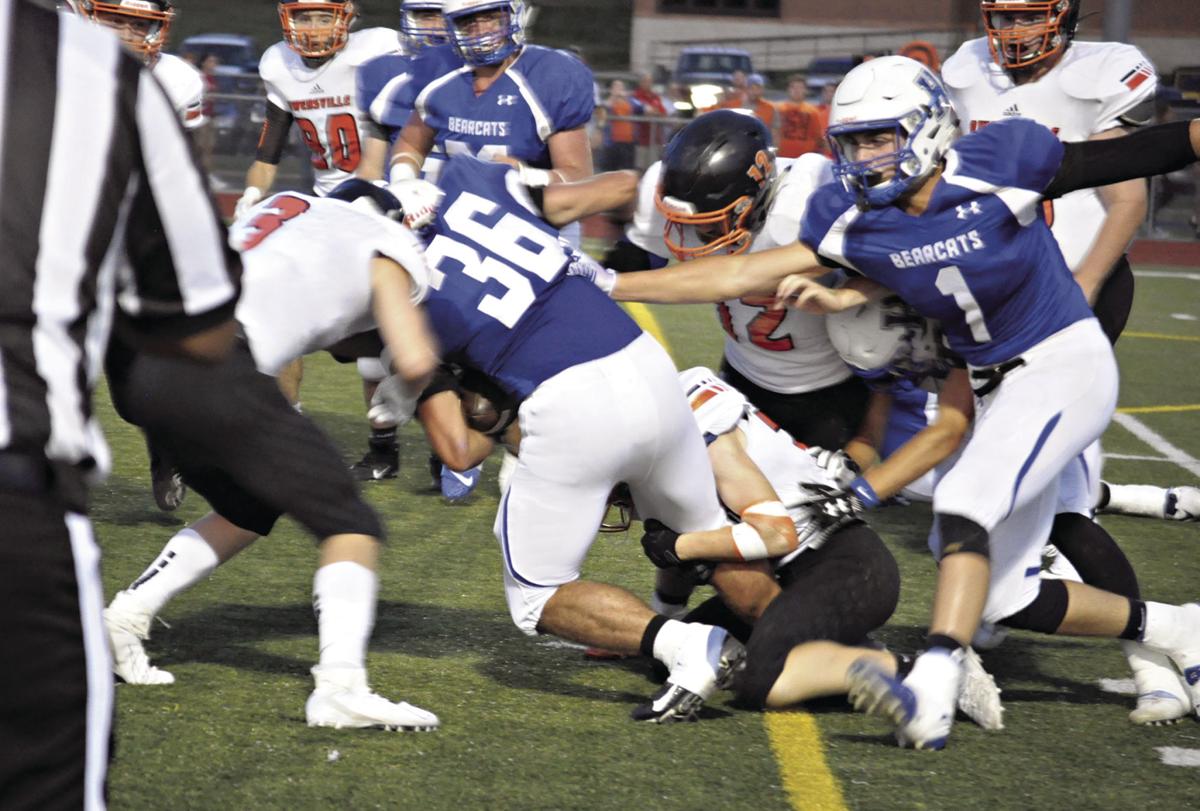 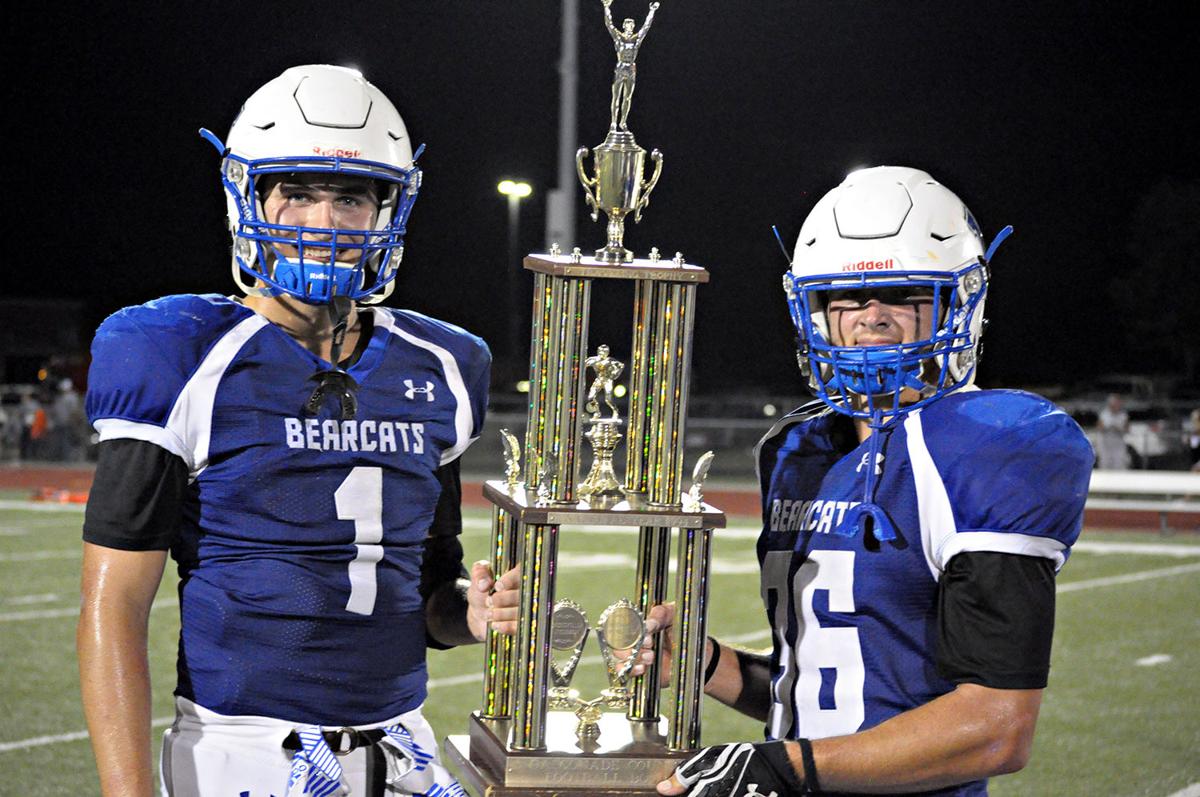 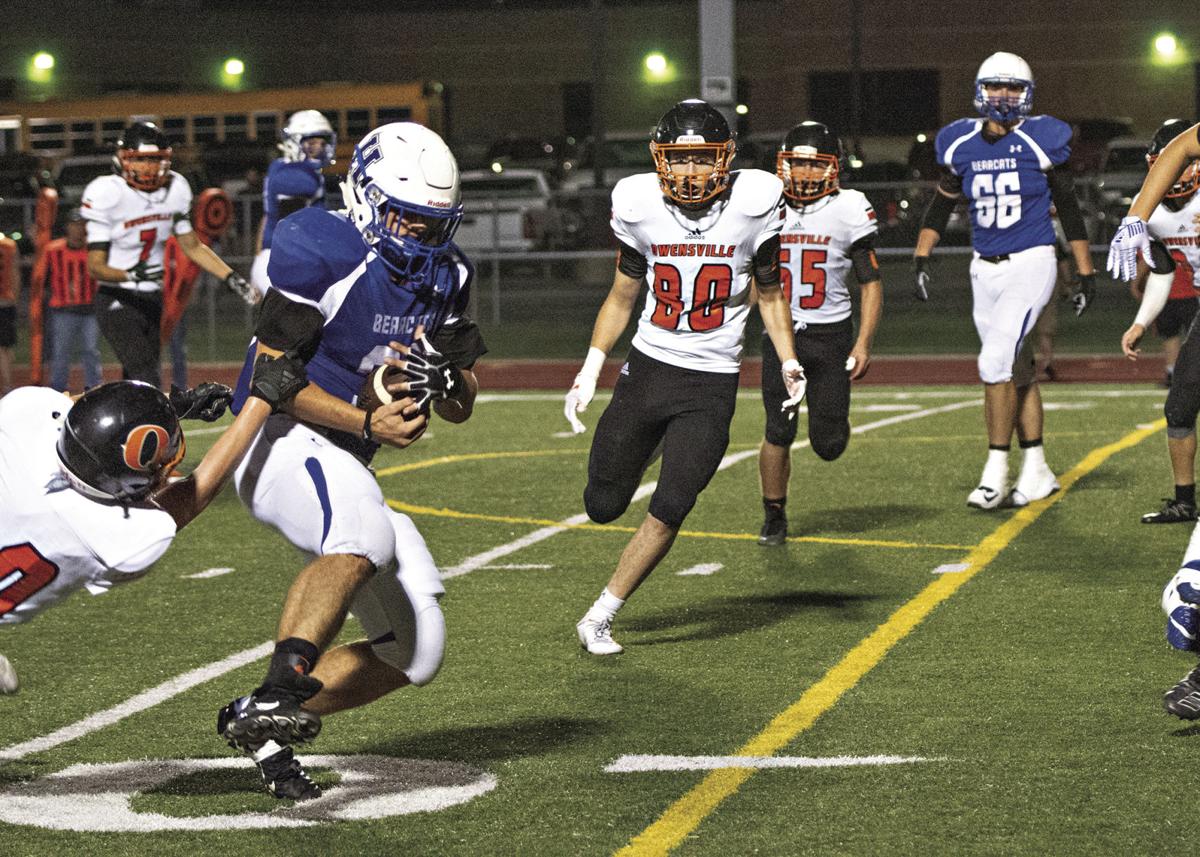 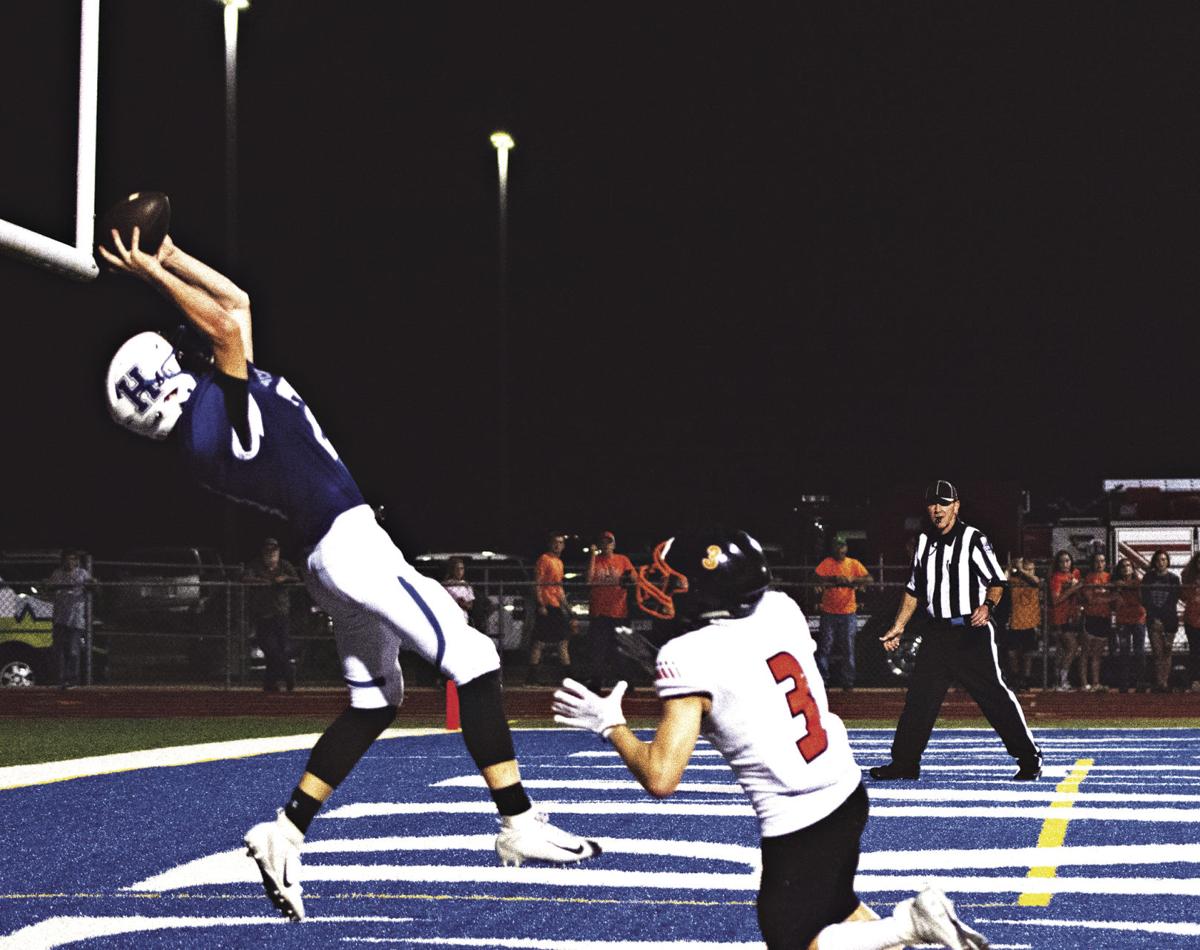 The Hermann Bearcat Gasconade County Bowl game against the Owensville Dutchmen will surely be remembered long after the next generation comes along.

In regulation double overtime, Hermann represented the last man standing, victorious, 46-38 in what appeared, whomever had possession of the ball last, would win the trophy. But the Gods frowned down upon the Owensville bench as they took possession on the 25 yard line, with the score 46-38, in favor of Hermann.

The Dutchmen picked up two yards up the middle, for 2nd and 8 on the 23 yd. line. If ever there was an ounce of faith needed in Bearcat Stadium in those very seconds, it was then. The problem is everybody was fighting for it—the fans, the coaches, the players themselves. The snap and no gain on the play! The Bearcat line held.

On 4th down and 7 yards to go for the first down from the 23, there was a gentle shift, as though equilibrium woke up. As Dutchman QB Brendan Decker called his audibles, the Bearcats maybe jumped off the ball a little quicker. No one could really see, but they could feel it. Maybe QB Decker lost some footing as he grabbed the ball and maybe he spun a little off kilter. It didn’t matter. The defense chased him down, along with any hope Owensville might have had and the feeling was actually no feeling at all.

They were numb. The Bearcats had bested the Dutchmen and they would find a place for a trophy that has eluded them for at least five years.

Hermann had 458 yd. of total offense for the night compared to the Dutchmen’s 392 yd. Chase McKague led the Bearcats in rushing for 131 yd. of 285 total yards rushing for Hermann. For the Dutchmen, Austin Lowder led with 90 yd. of 147 total rushing.

This Gasconade County Bowl did not come without its turnovers and penalties that turned out to be crucial for both teams. Owensville had three fumble recoveries and the Bearcats had two by Trent Gleeson and Trent Anderson.

It can’t be said the Dutchmen didn’t hustle—all night. They had 50 tackles and 44 assists. Of course that meant the Bearcats played lots of downs offensively. Hermann had 39 tackles of which 13 were assisted. Trent Gleeson had 9 tackles and four assists for the night. Carter Hemeyer had six, with one assist.

Hub Arkush: Are Bears coaching changes for better or worse?

2020 Bears vision: RB corps could be in fine shape — if they get needed scheme, blocking help

The Bearcats also had five sacks, with two from Gleeson and one each for Holden Ash, Markus Eldringhoff and James Hagedorn.

The strangest call of the game came from the first overtime period. The Dutchmen won the toss, so they got to try to put the ball over the goal line first, which they did on the second play of the series from the 15 yd. line. They failed on the two-point conversion putting the score at 38-32, Owensville.

It was the Bearcats turn. On what was becoming a desperate 4th and 10 situation from the 22 yd. line, a pass was complete to Anderson on the 10 yd. line. On second and ten, Carter Hemeyer caught a diving catch in the end zone for the TD.

And then it happened. With the score tied at 38-38, the Bearcats chose to kick a field goal. ‘Say what?’ the crowd asked, as the kicker ran onto the field. Hermann had only kicked one in the St. James game previously, according to the kicker, but it wasn’t his decision—he had a job to do. To most everyone, including an editor that didn’t have the information the coaches have, the attempt seemed frivolous and it failed and put the game into the second OT.

The second time around was just as nerve-wrecking with 3rd and 12 on the 16. Carter Hemeyer once again caught a McKague pass for the TD and this time, McKague ran in for the two-point conversion for the score of 46-38.

Do you consider illegal DRUGS a problem in Hermann?