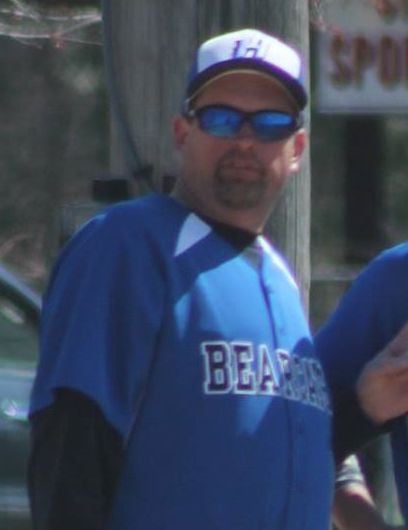 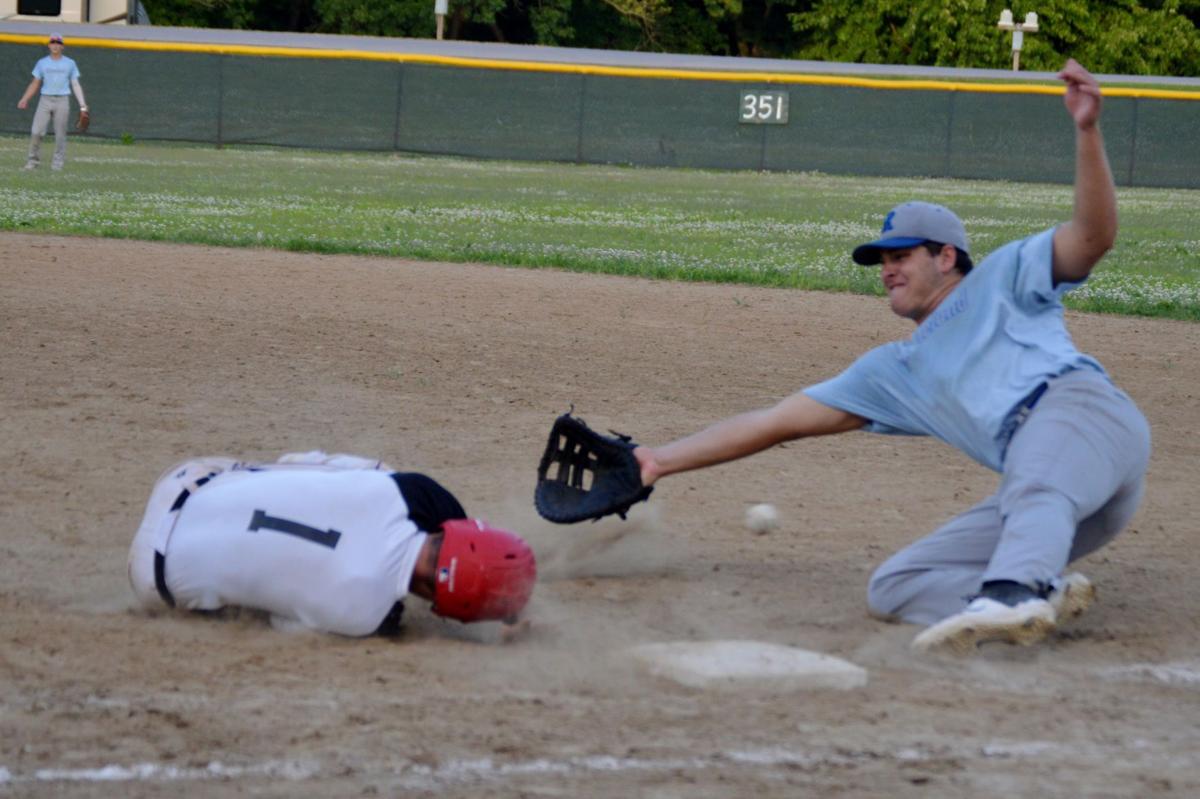 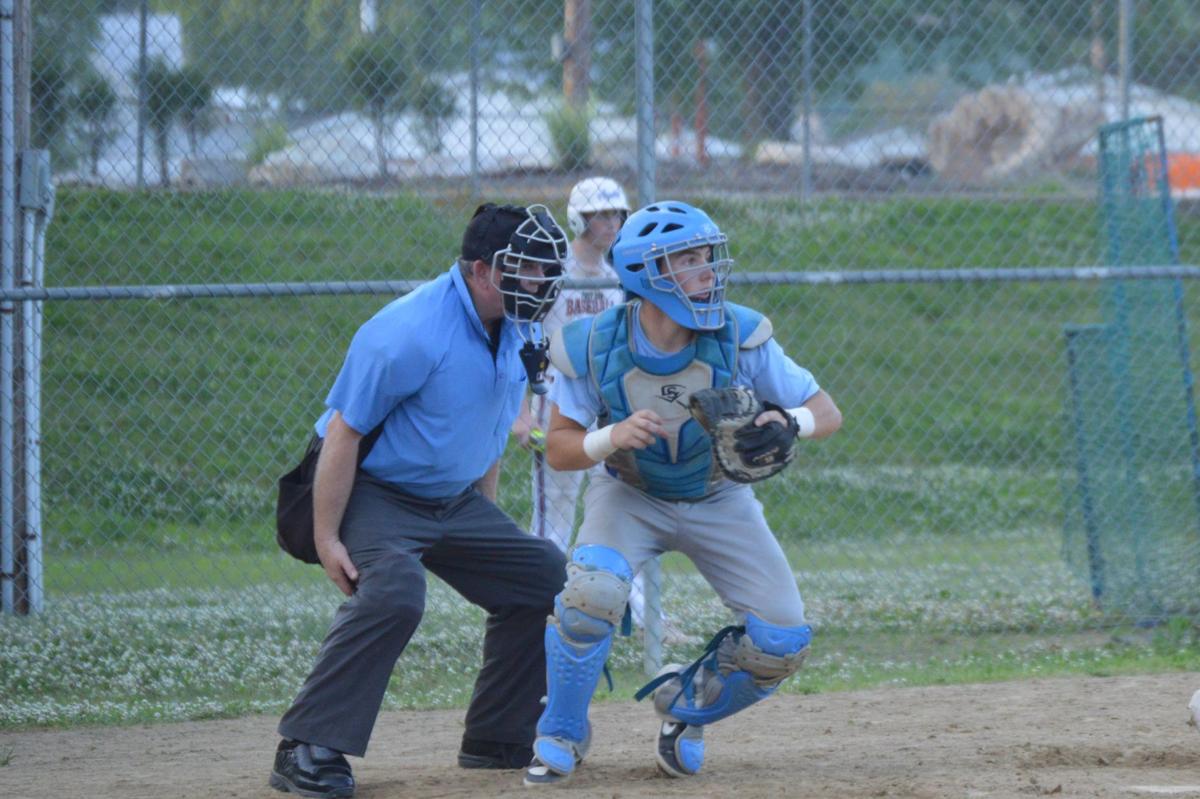 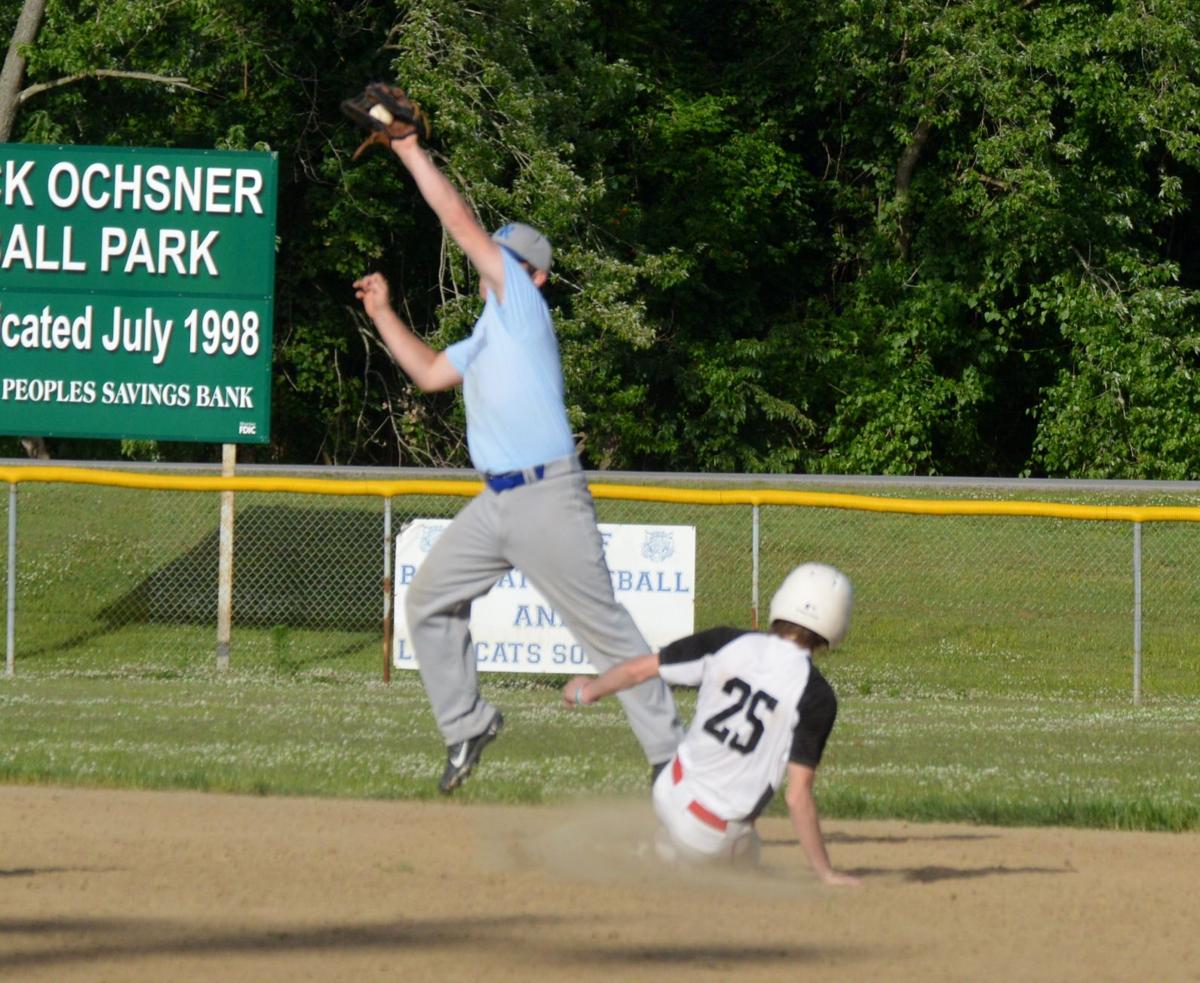 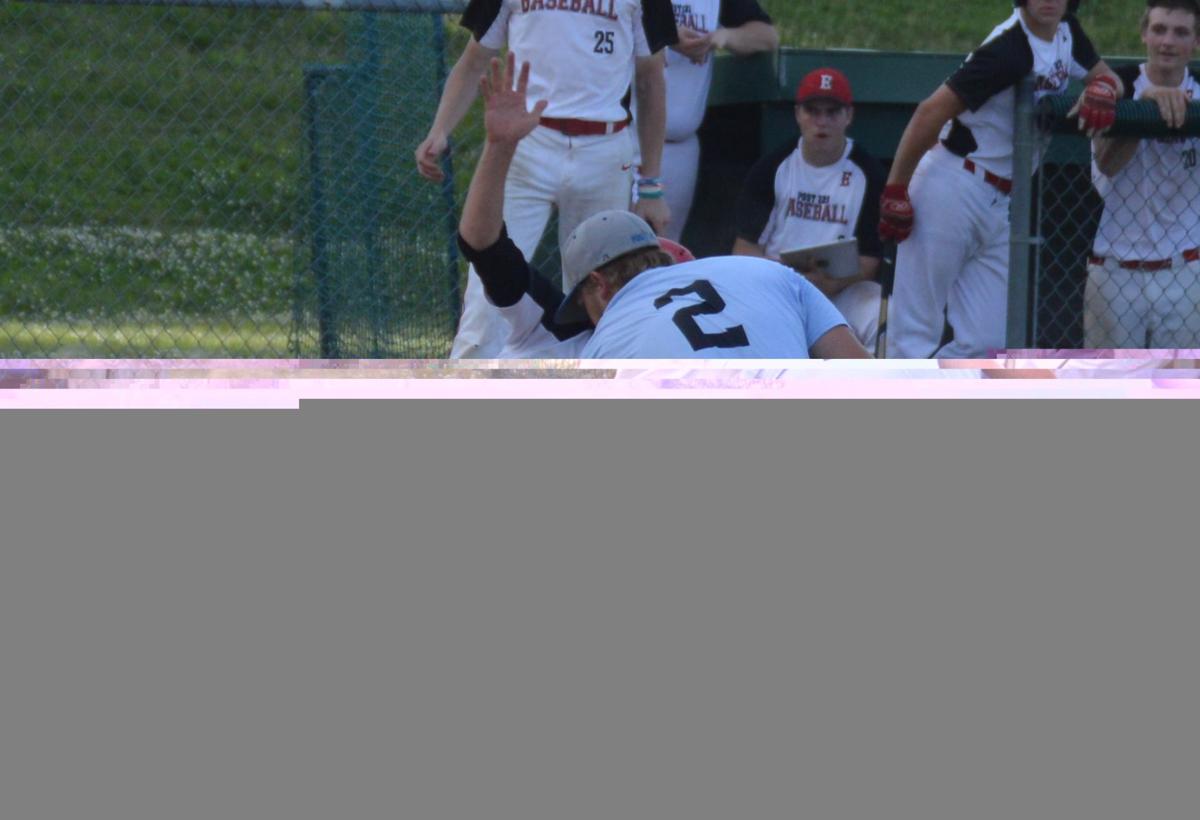 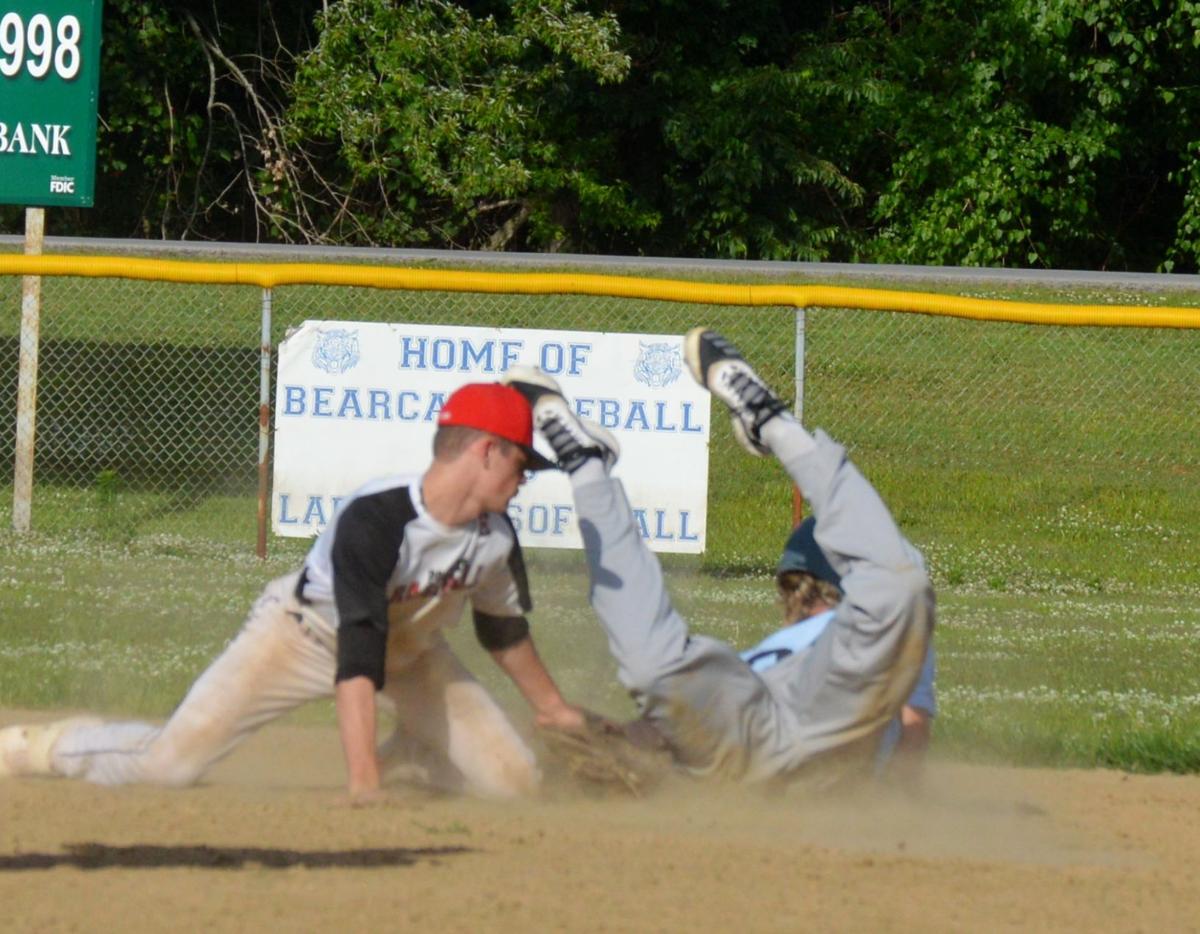 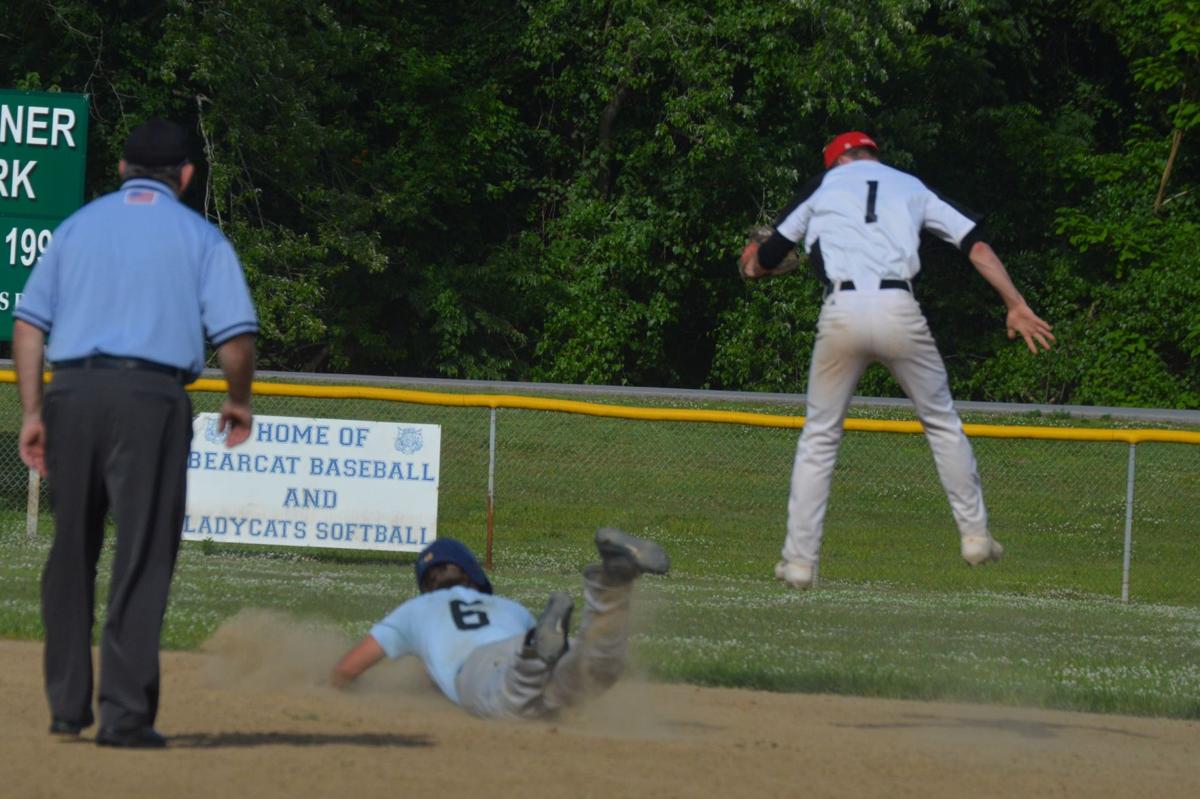 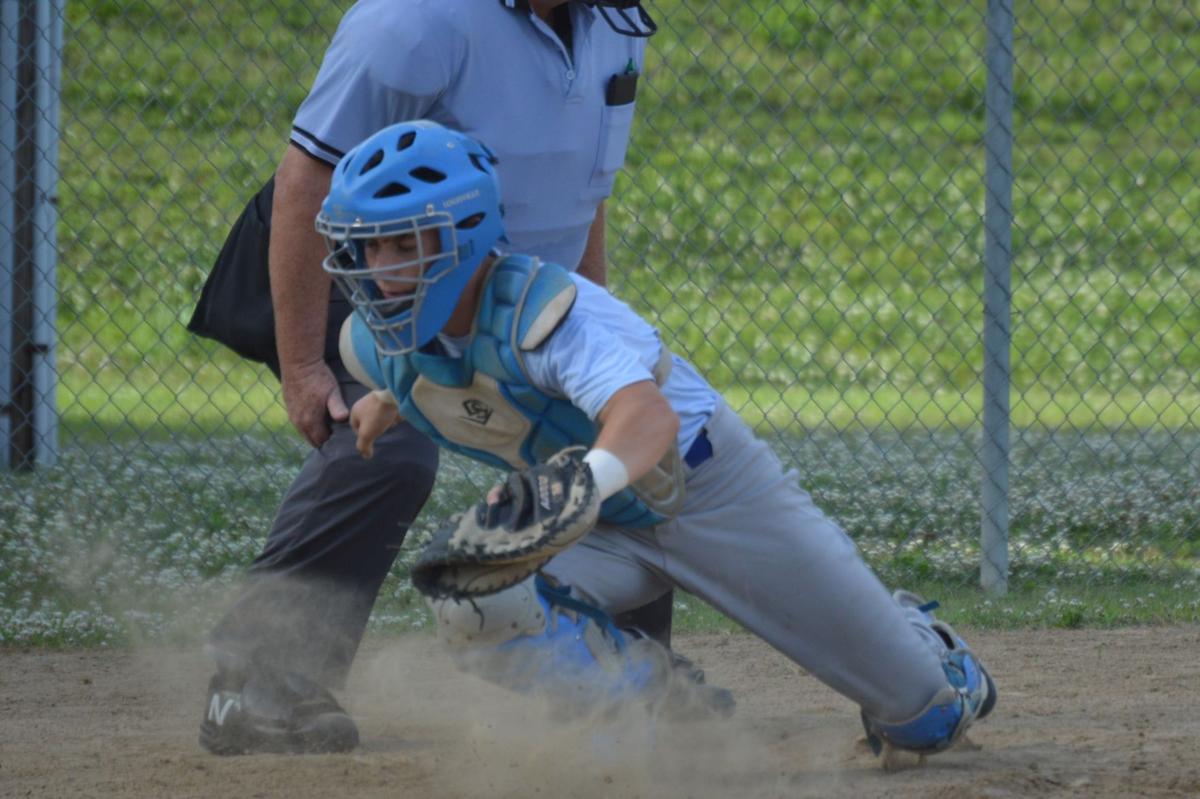 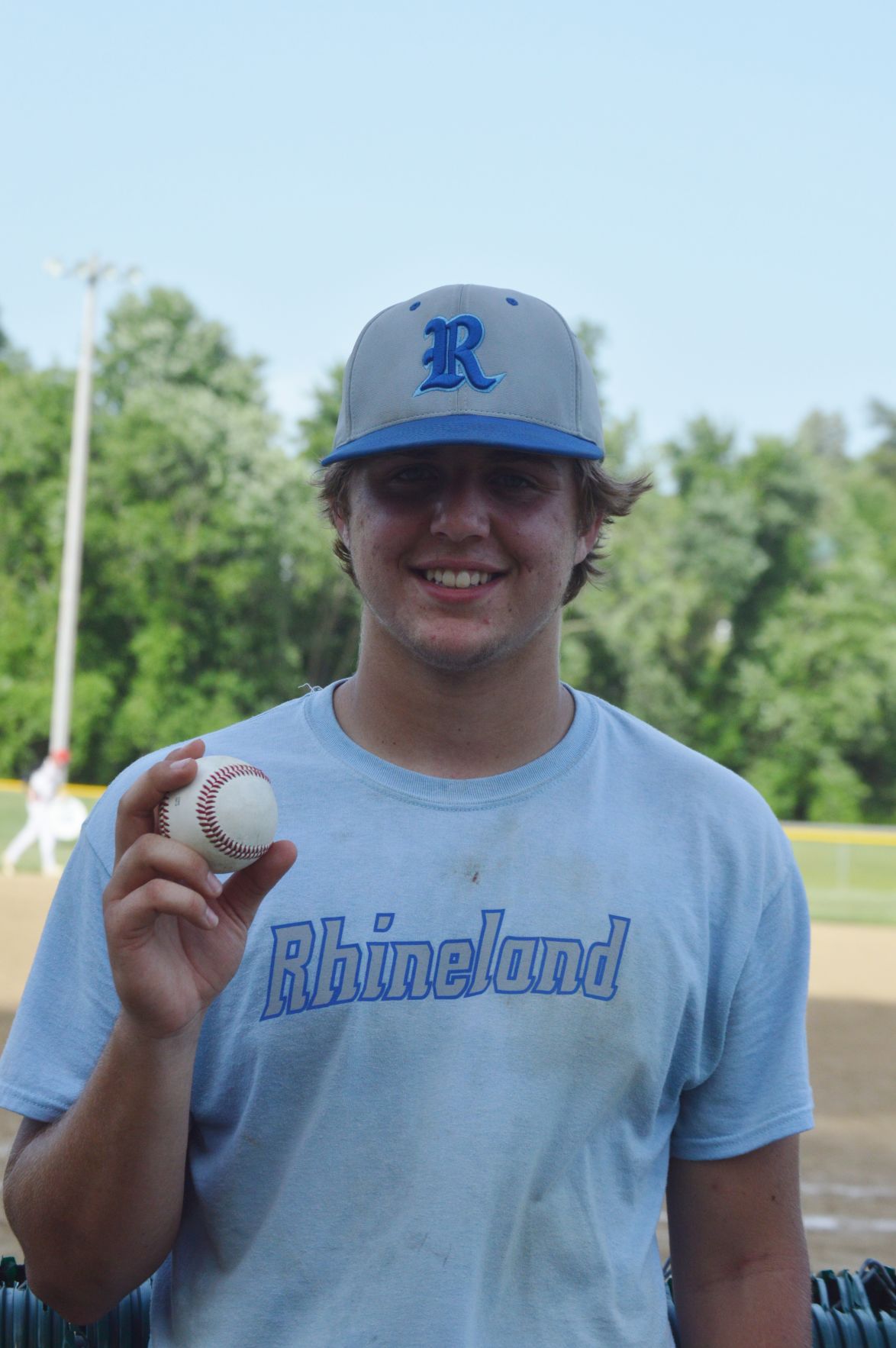 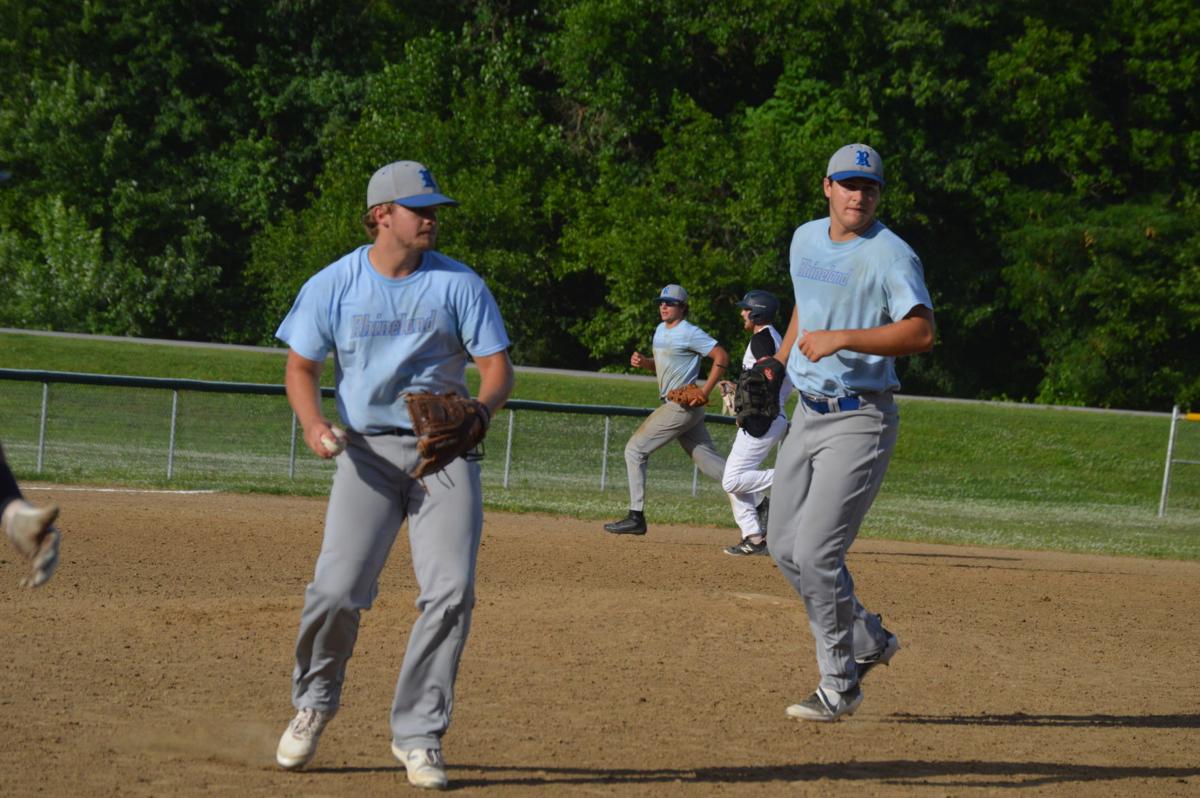 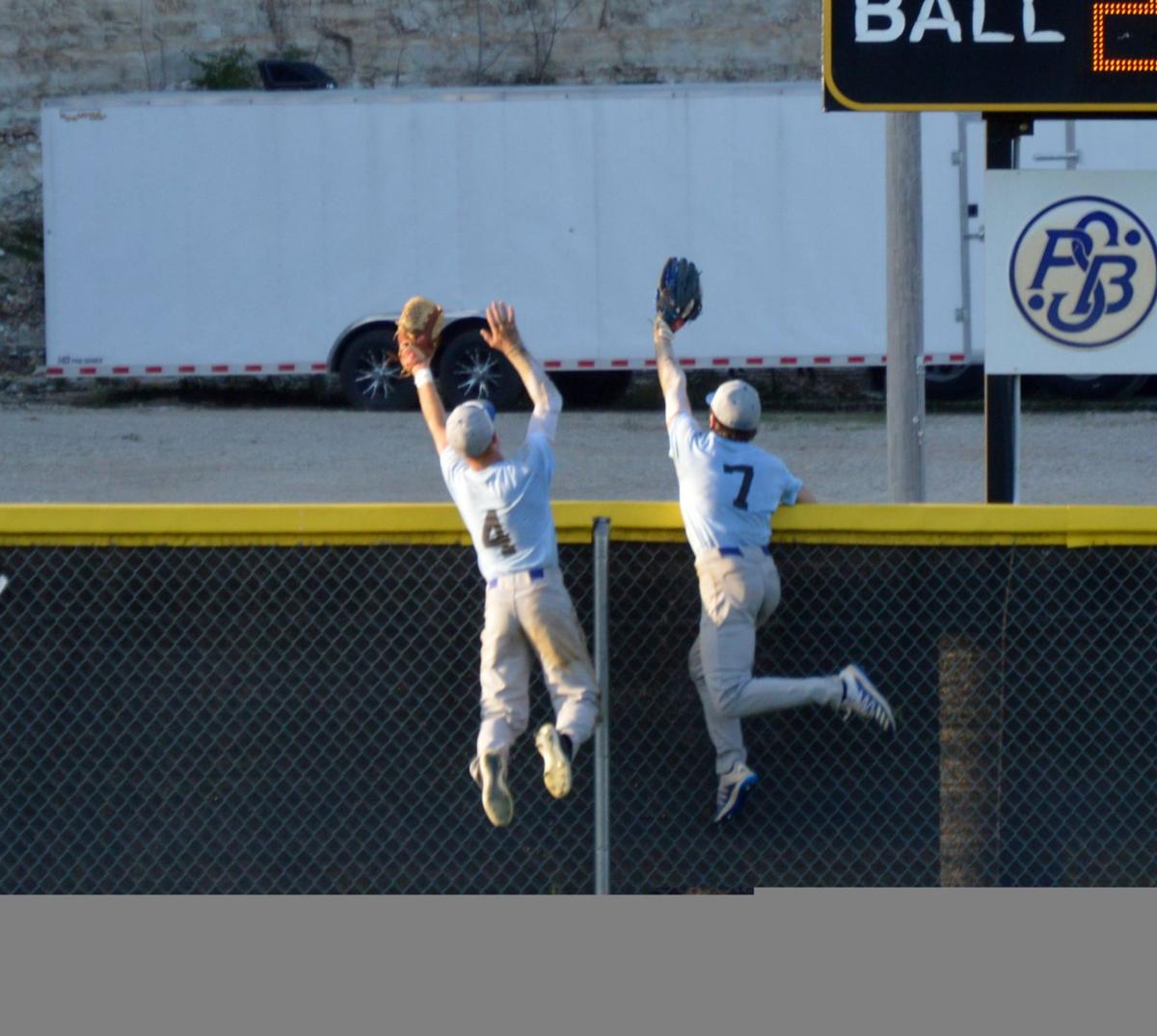 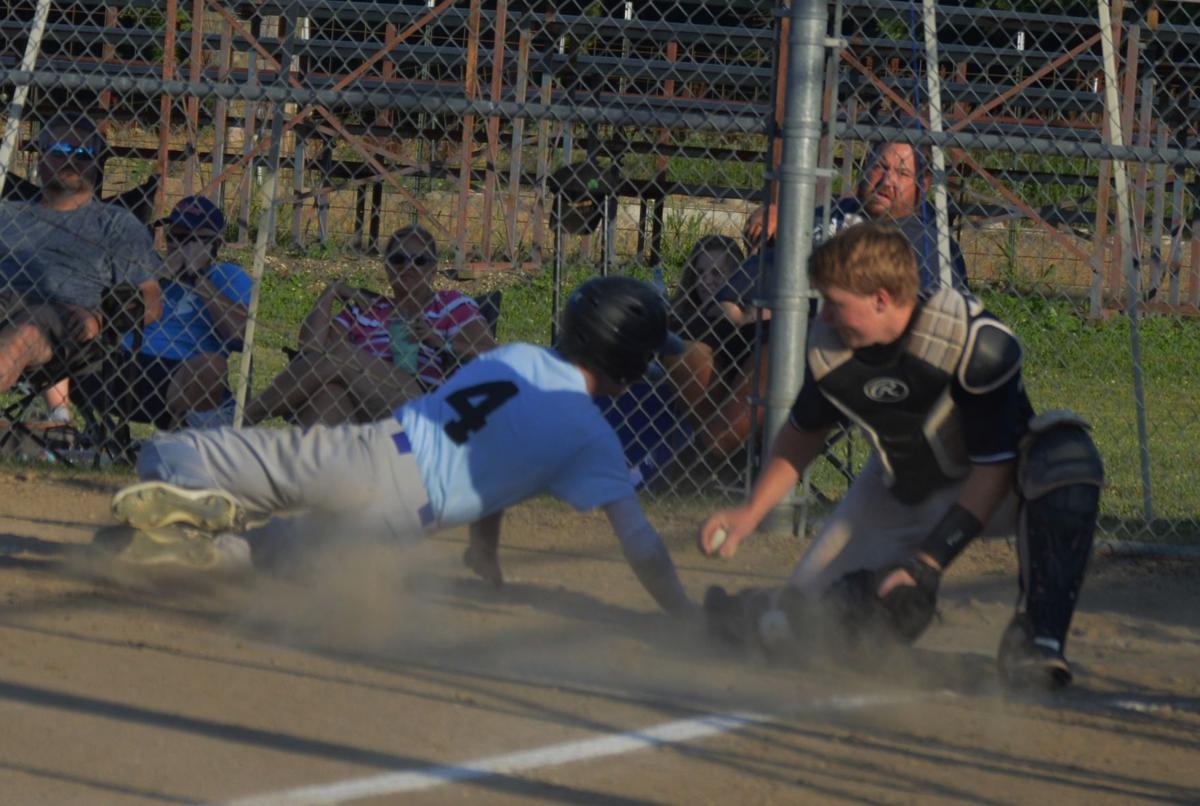 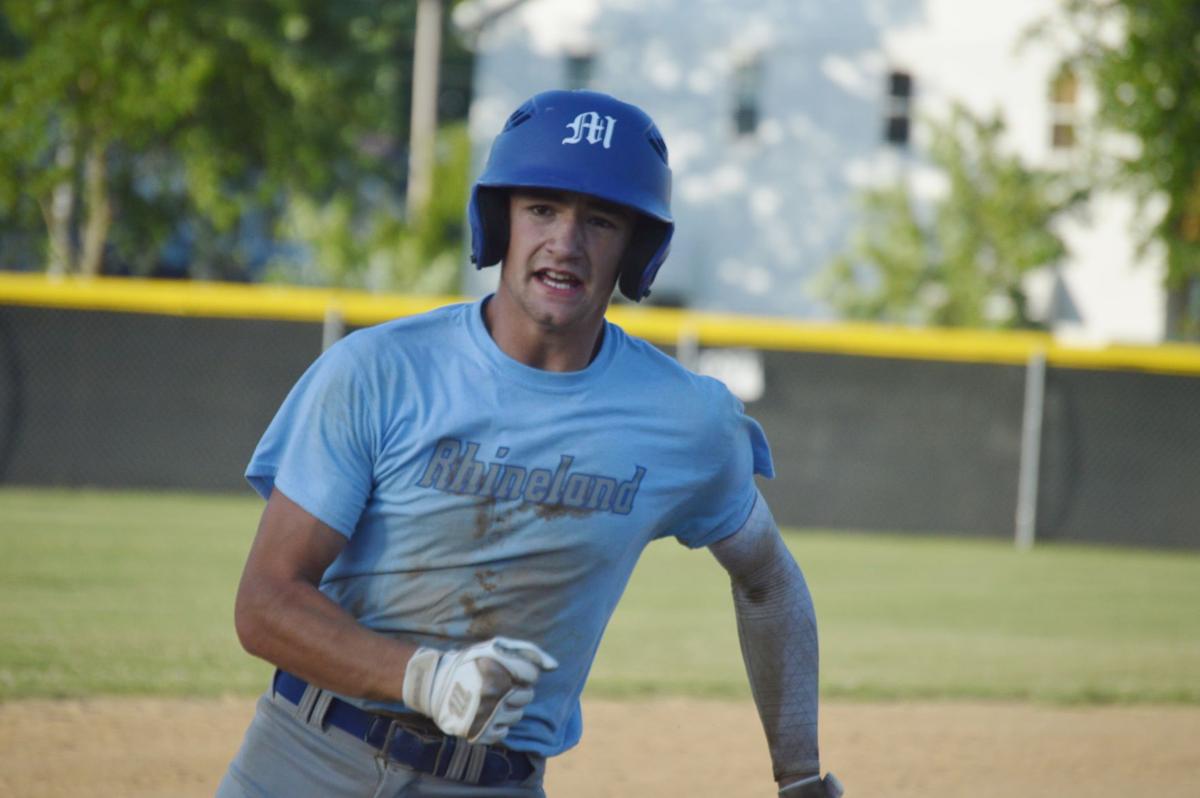 The Rhineland A Leaguers wrapped up their season this week. This group had a great season and continued to get better throughout. The week saw a pair of double headers for the younger Rhineland team. On Wednesday Union traveled to Rhineland with both of their A teams to each play Rhineland one game. Rhineland dropped the first game and won the second.

Sunday afternoon Elsberry traveled to Hermann for a pair of games that were supposed to be played in Elsberry. Heavy rain in Elsberry that morning moved the games to Hermann City Park. In the first game Parker Anderson was dominant on the hill. Recording 19 strikeouts out of the 21 outs in working a complete game shutout. Rhineland played small ball and plated 6 runs to win 6-0. Game 2 started a bit rocky for Rhineland as Elsberry had a huge first inning. The boys from Rhineland battled back as Parker Anderson hit his 4th home run of the year and Reese  Rehmert came in to pitch and  slowed down the Elsberry bats. But in the end Elsberry held on for the win.

The AAA team also had a full week. On Wednesday evening they traveled to Hannibal for a 9 inning game at beautiful, historic Clemens Field. The game was back and forth with a great middle relief pitching performance by Cason Gray. Hannibal came out on top 6-3.

On Thursday night the Rhinelanders traveled to New Haven for a single game. Rhineland jumped out 6-1, but New Haven worked its way back and took a late lead. Although the COVID league is not official Legion baseball, rules still have to be followed. Late in the game New Haven had a player hurt on the bases. There was no one available on the bench to run at the time. So it was up to that player’s coaches to decide whether he could continue, or to take an out and finish the game with 8 players. Rules are rules. New Haven decided that he was able to continue and it paid off in helping them to continue the rally. Rhineland threatened late but to no avail.

On Friday St. Peters traveled to Rhineland to play 2. Rhineland's troubles getting runners across continued. The first game went to St. Peters. The second game was a long back and forth battle, St. Peters came out on top in that one as well.

Sunday’s AAA games were also moved from Elsberry to Hermann. A good Elsberry team traveled to Dick Oschner Park for 2 games. In game one Chase McKague continued to throw the ball well and turned in another great pitching performance. Again Rhineland struggled to score. In the last inning facing a 2-1 deficit Rhineland loaded the bases with no one out. Ethan Towery came to the plate and scorched a line drive directly back at the pitcher that knocked him down as he caught it for the first out. Seth Wilkerson came to bat next and again an extremely hard hit line drive right at the first baseman, two outs! Chase McKague was Rhinelands last hope. After a great battle and with 2 strikes Chase hit a hard one hopper to the shortstop’s right side, with a very nice play he fielded and made the throw...game over. This inning kind of summed up the season for the AAAers. Elsberry also got game 2. Ethan Towery pitched well but once again run production was the issue.

The AAA team has 3 double headers left on the schedule. July 1st at Sullivan, July 7th vs Manchester at Pond Athletic Complex, and July 11th vs Maryland Heights at BMAC.

The Back Page — Episode 4 with special guest Caitlin Lowe

As training camps approach amid COVID-19, Packers CEO Mark Murphy knows ‘time is no longer on our side'