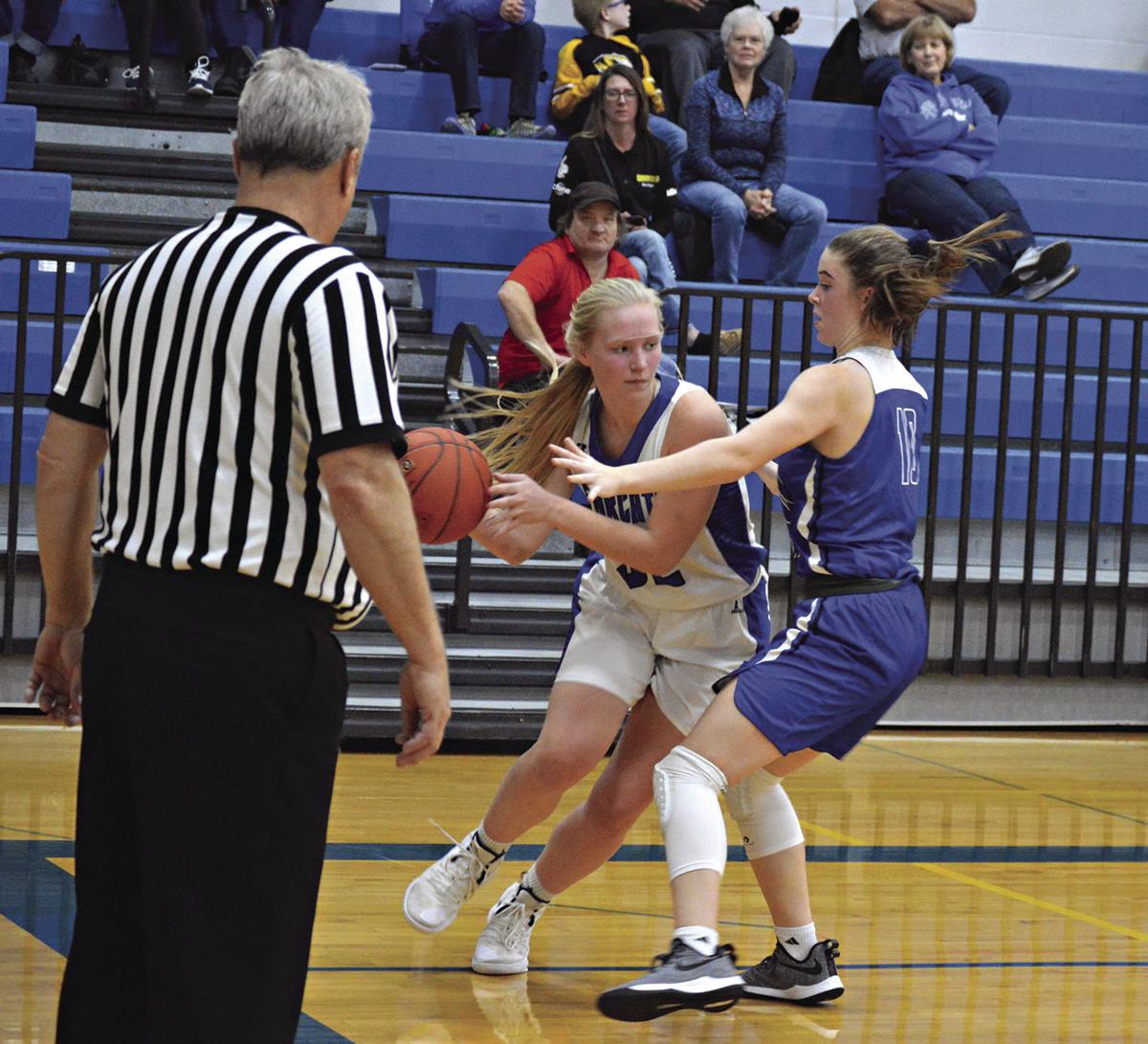 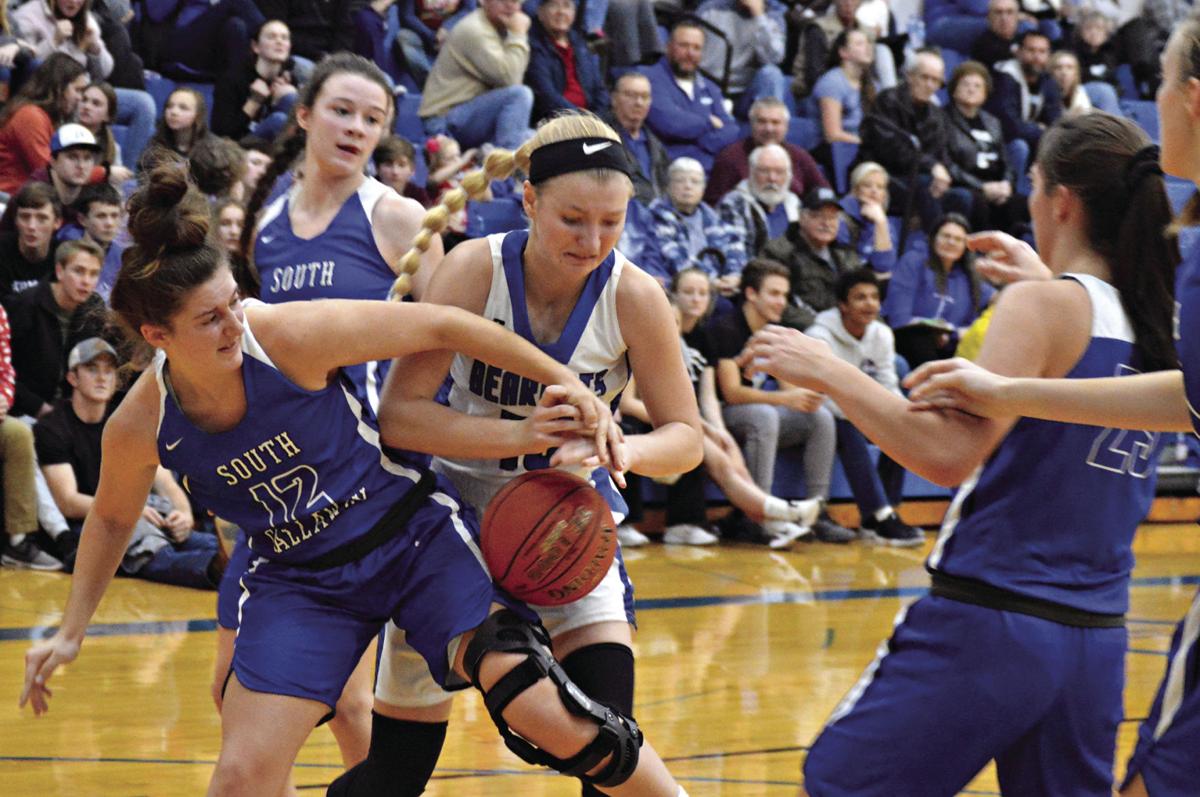 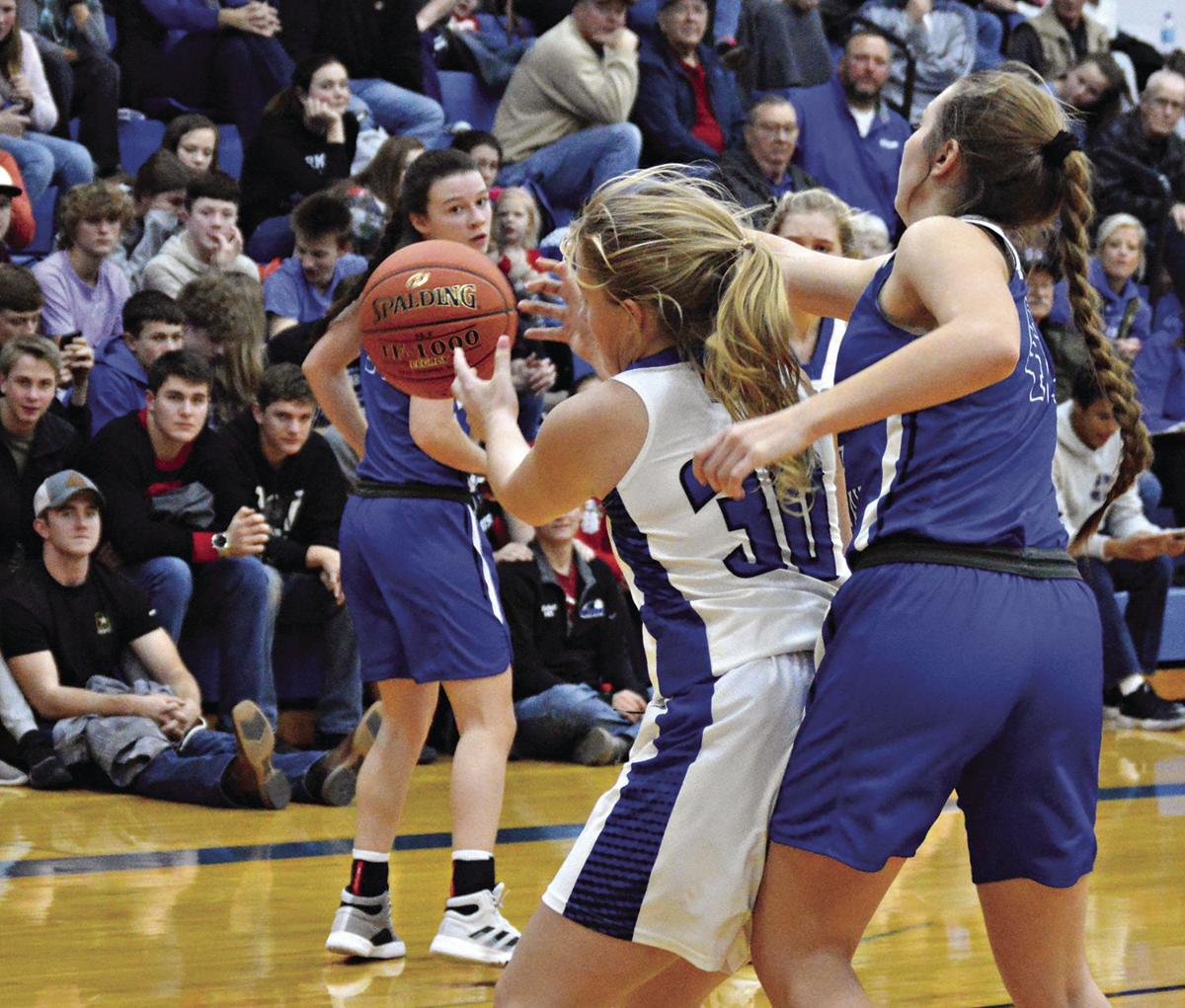 The Lady Bearcats basketball team continues on a roll as they defeated the Blair Oaks Falcons 41-39 last Saturday in Jefferson City. The girls showed consistency with their defensive game, but as a team, had trouble hitting the basket with only 14 for 44 attempts (32%). They had a decent free-throw percentage (63%) hitting 10 out of 16.

Grace Winkelmann was the leading scorer with 14, hitting two of three, three-pointers, followed by Quincy Erickson with 11 points.

The team showed their aggressive side with seven steals and creating 11 turnovers. They had 34 rebounds, with Erickson taking 12 of those, and Hannah Grosse, Elly Krueger and Winkelmann taking six apiece.

Hermann can always expect a good game against the Bulldogs. Last year, the Lady Bearcats won the South Callaway Invitational Championship Game against the host team, 71-64, with senior Allison Stiers putting 27 points on the board, but Quincy Erickson had 17 and Grace Winkelmann had 8 points. Both of these players stepped up again last Thursday night with Erickson shooting 23 and Winkelmann 13. In spite of that, the team’s shooting as a whole was cold, hitting only 17 for 52 attempts (33%), but they hit 76 percent of their free-throws. Hermann has averaged just under 36 percent on their shooting for the last three games, so if they can improve by a couple of percentage points, their chances of winning these tougher games improves immensely.

Hermann’s defensive game was good, pulling down 38 rebounds with Erickson and Krueger  responsible for 15 of those. Megan Schneider saw more play, getting six rebounds as well. The team created 10 turnovers and had three steals, two by Brianna Thomas and one by Grace Godat. This was a solid game, but with three baskets from victory, it just wasn’t Hermann’s night.

2020 Bears vision: If not No. 1, OL clearly among top three offseason needs

This was simply a game where one team could hit the basket and the other couldn’t. Hermann hit 21 baskets from 49 attempts (43%), while the Lady Knights hit only 13 out of 48 (27%). But Hermann could also rebound, pulling down an impressive 40 (24 on defense), with Elly Krueger responsible for eight. Borgia had only 12 total rebounds for the game, but they created 12 turnovers and if the stats are to be believed, 12 steals.

Grace Winkelmann led the game in scoring with 14, with Quincy Erickson putting 13 points on the board.