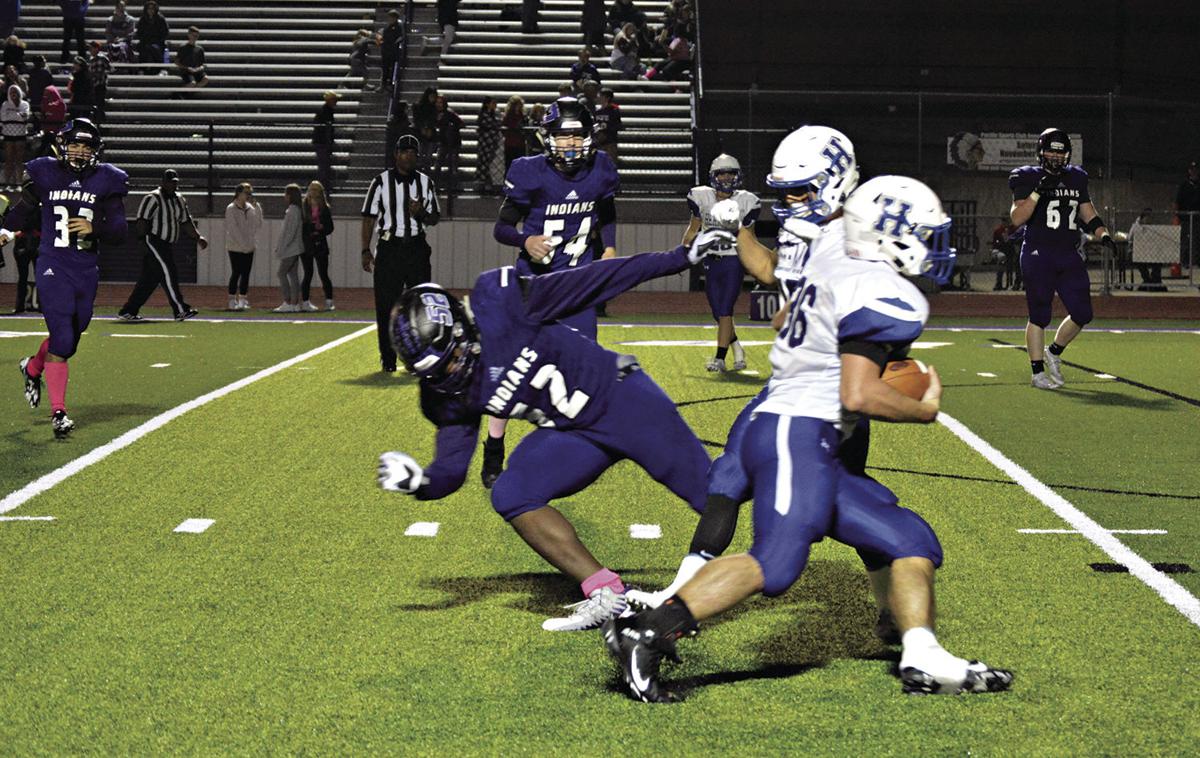 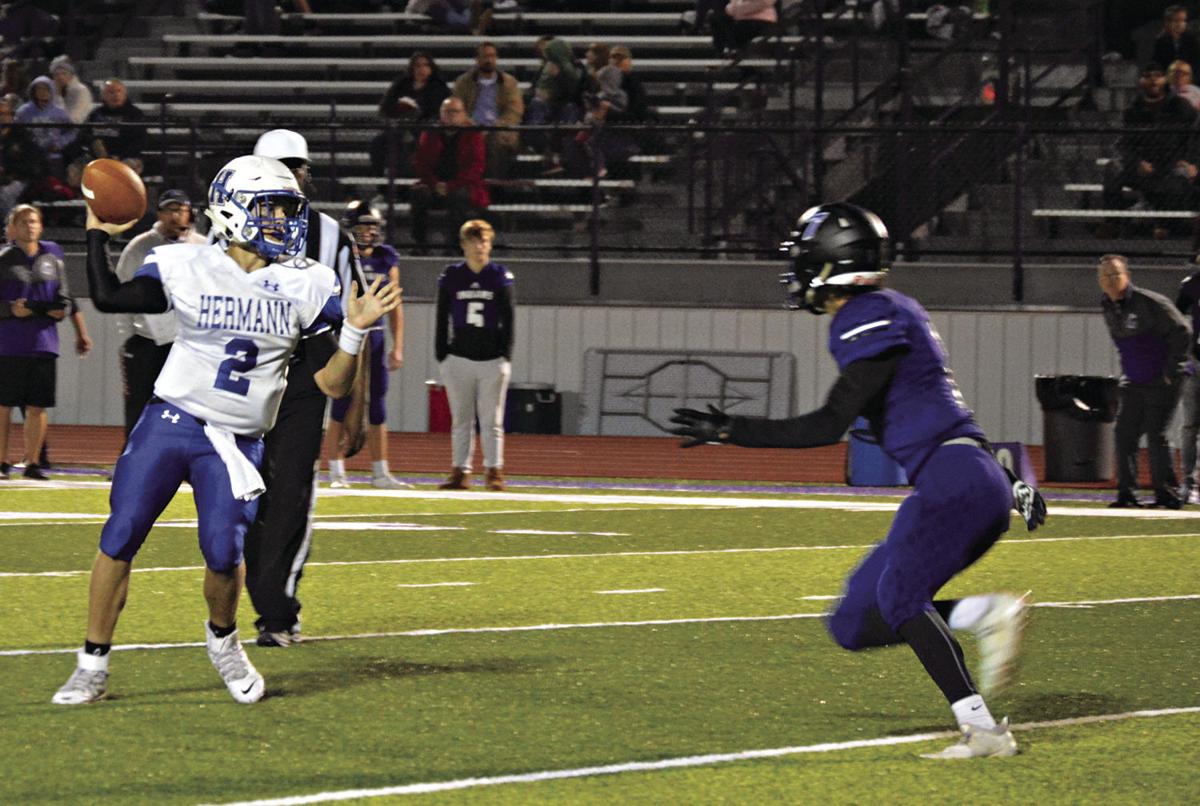 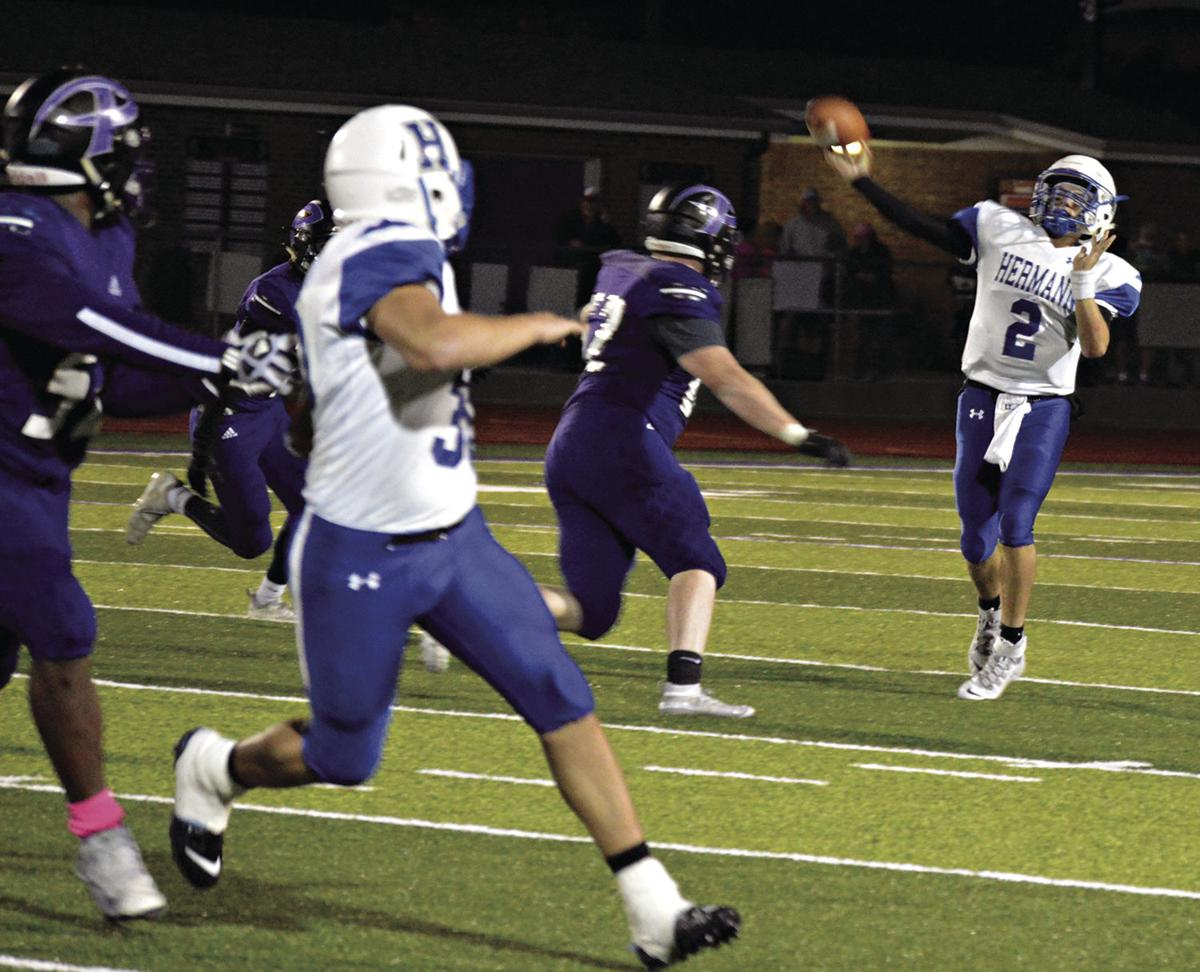 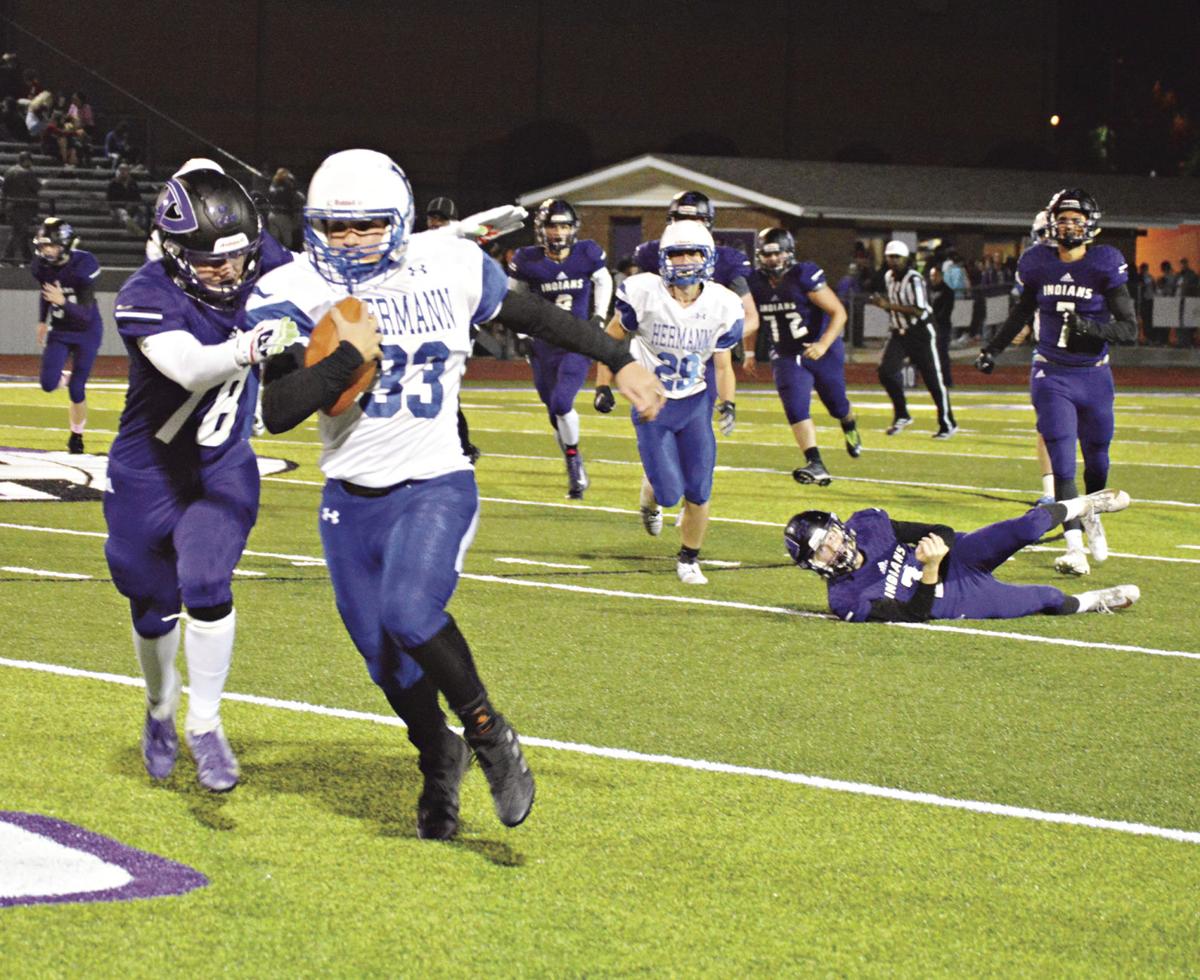 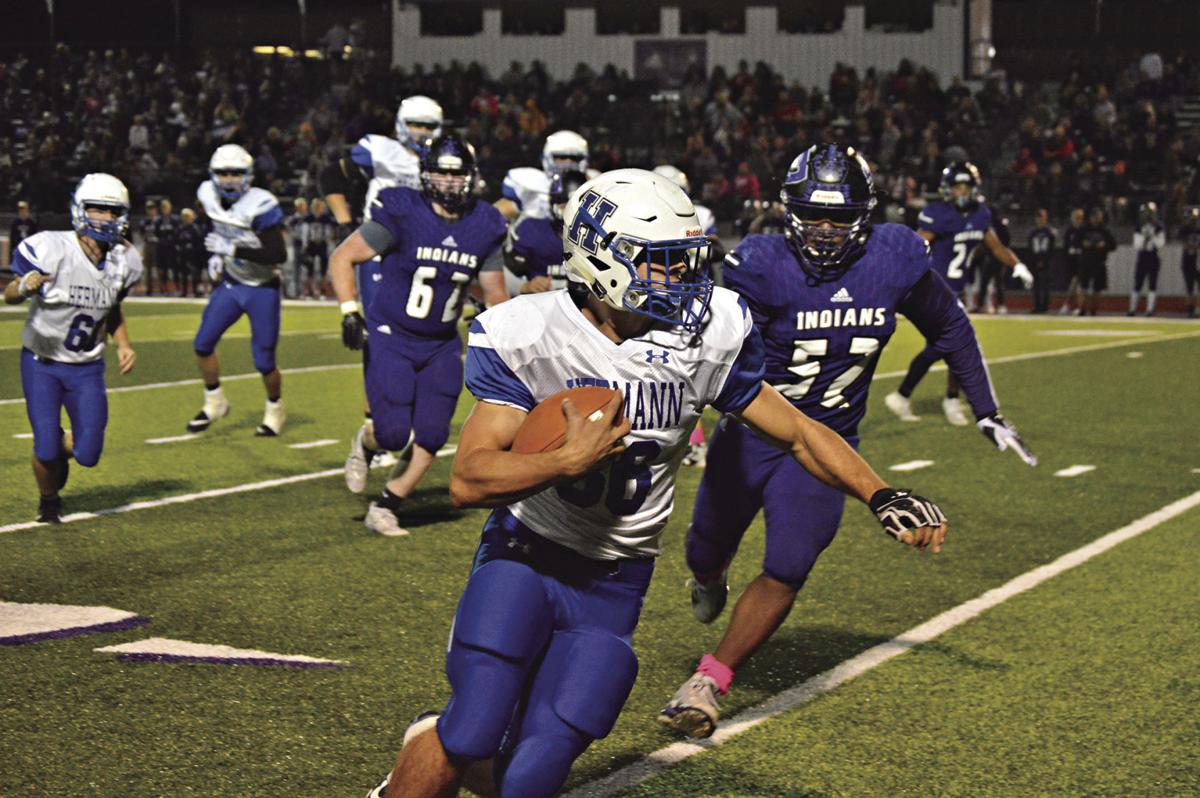 The Hermann Bearcats boarded the school bus last Friday for Week 8 of high school football to take on a struggling Pacific Indian football team (1-7) and the blue and white team made it look easy. Even though the Indians won the coin toss and in a grand positive gesture which they sorely needed, they also chose to receive. The outcome was an ominous omen for the rest of the night, as the Bearcats beat the Indians 34-14, raising their record to 6-2.

Something the Bearcats have done effectively this year is to use the element of surprise. On the opening kickoff, Trent Anderson executed an on-sides kick and Hermann recovered the ball, setting them up for the first score of the game.

Pacific Indian Head Football Coach Clint Anderson told KLPW’s sports broadcaster John Covington, “Our front line wasn’t prepared—we weren’t expecting it.” “They executed two on-sides kicks the first half and the second one, they just rifled it to one of our guys on the front line and he didn’t have a chance to react. It hit him and bounced right back to Hermann and they scored on the possession. You can’t do things like that, when you’re struggling [and expect to win].”

Hermann also did something they’ve been good at all season—they controlled the ball and ate up the clock with the ground game. Hermann had 327 yd. of total offense with 223 yd. on the ground. Out of 43 rushing plays, the Bearcats averaged 5.19 yd. per carry. Trent Gleeson was the night’s leading rusher for Hermann with 77 yd. on 12 carries.

“Hermann does a really nice job of leading with a running back out of the back field and if the linebacker isn’t doing his job getting into the flats, they can burn you, and that happened last night, said Indian Coach Anderson.

Quarterback Chase McKague threw six completions on 10 passes, for 104 yd. in the air. Trent Anderson and Trent Gleeson each had two receptions for 23 yd and 50 yd. respectively. Holden Ash and Keegan Head had a reception as well.

“We played a really good first half,” said Bearcat Head Coach Andy Emmons, on KLPW’s Sports Club Show. “We came out and did what we needed to.”

The Bearcat defense played well for the most part, causing turnovers and taking advantage of those opportunities to score and control the clock.

Hermann’s Markus Eldringhoff got a pick-6 on a fumbled pass from Pacific’s Colton Thompson, taking it 42 yd. to score in the first half and Brody Fredrick intercepted as well, running back 43 yd. QB Thompson was benched, (though he switched positions as a  receiver) as the Indians brought in Matt Austin, who was fairly effective.

The second half, the Bearcat defense had some trouble containing sophomore Indian running back  Makai Parton, who broke loose for some big gains. Still, Seth Hackmann and Carter Hemeyer recovered two Indian fumbles and Trent Gleeson and Grant Pohlmann got two quarterback sacks. Gleeson showed his ability again to be a one-man wrecking machine with 12 tackles.

“I credit Pacific for coming out and playing good ball the second half,” said Coach Emmons. “Our defense played really well, but we gave up some big plays.”

The Bearcats will play on the road this Friday night, as they take on the Union Wildcats (4-4).