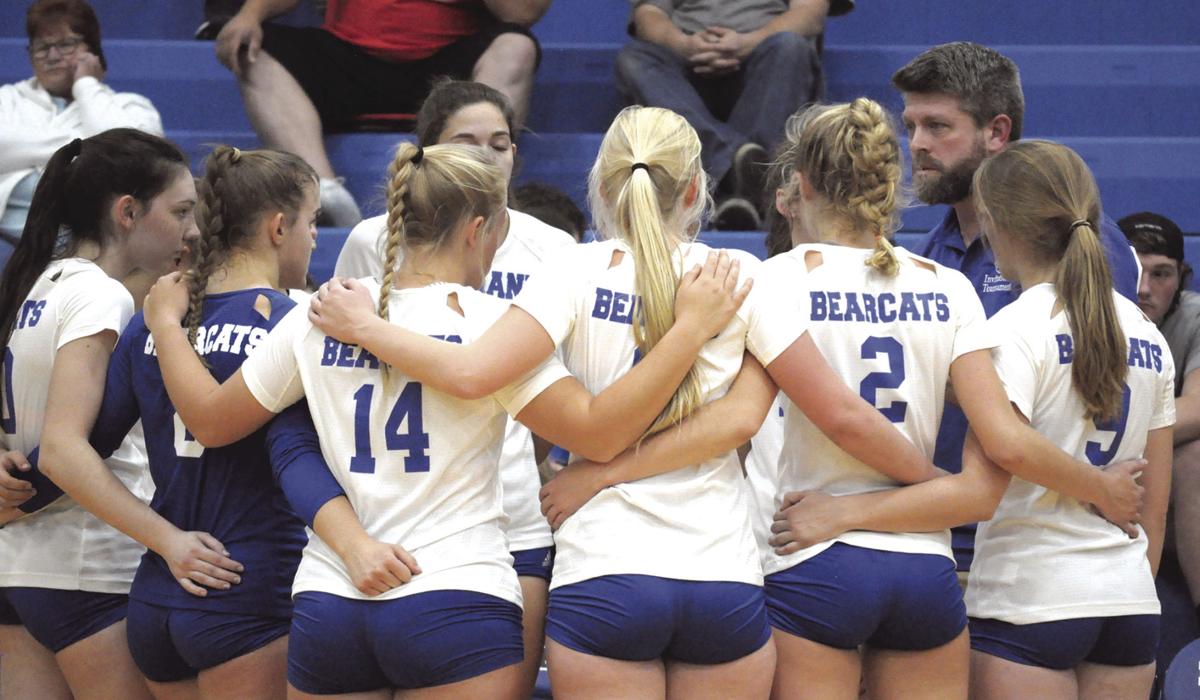 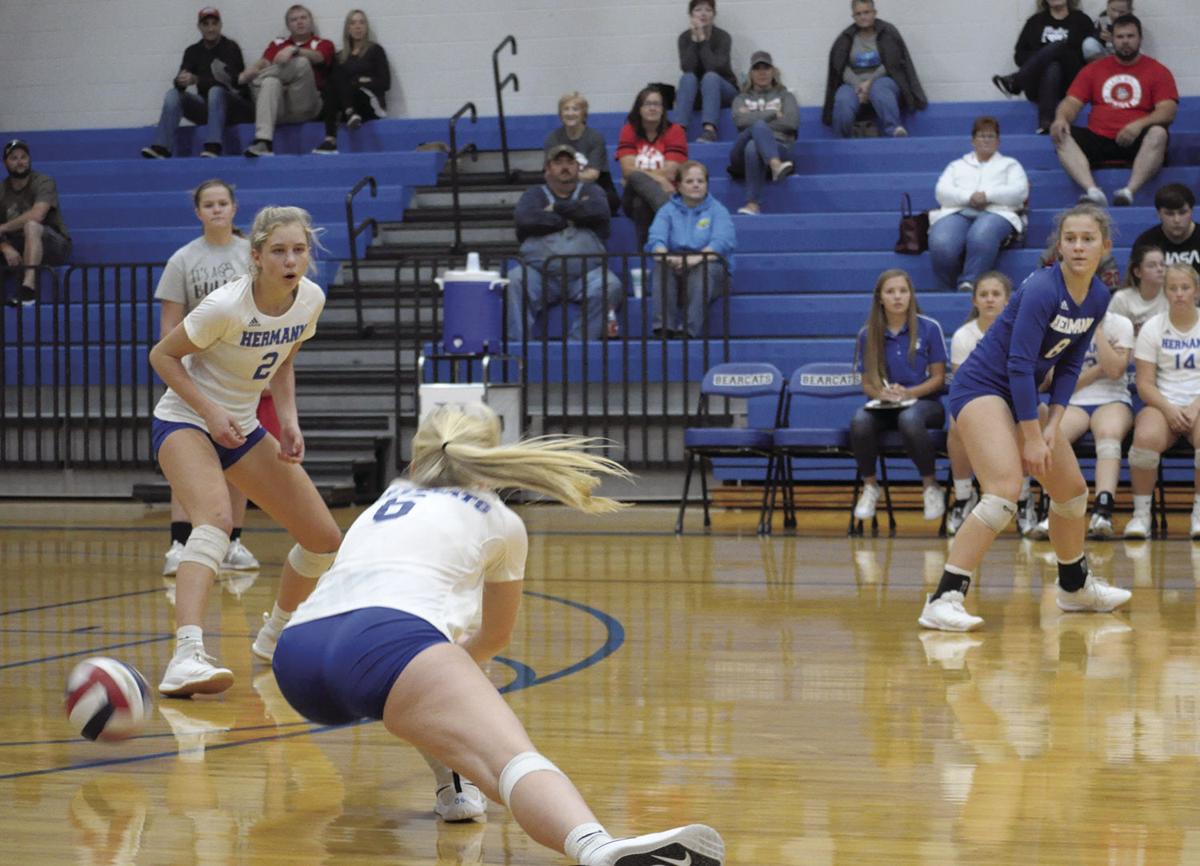 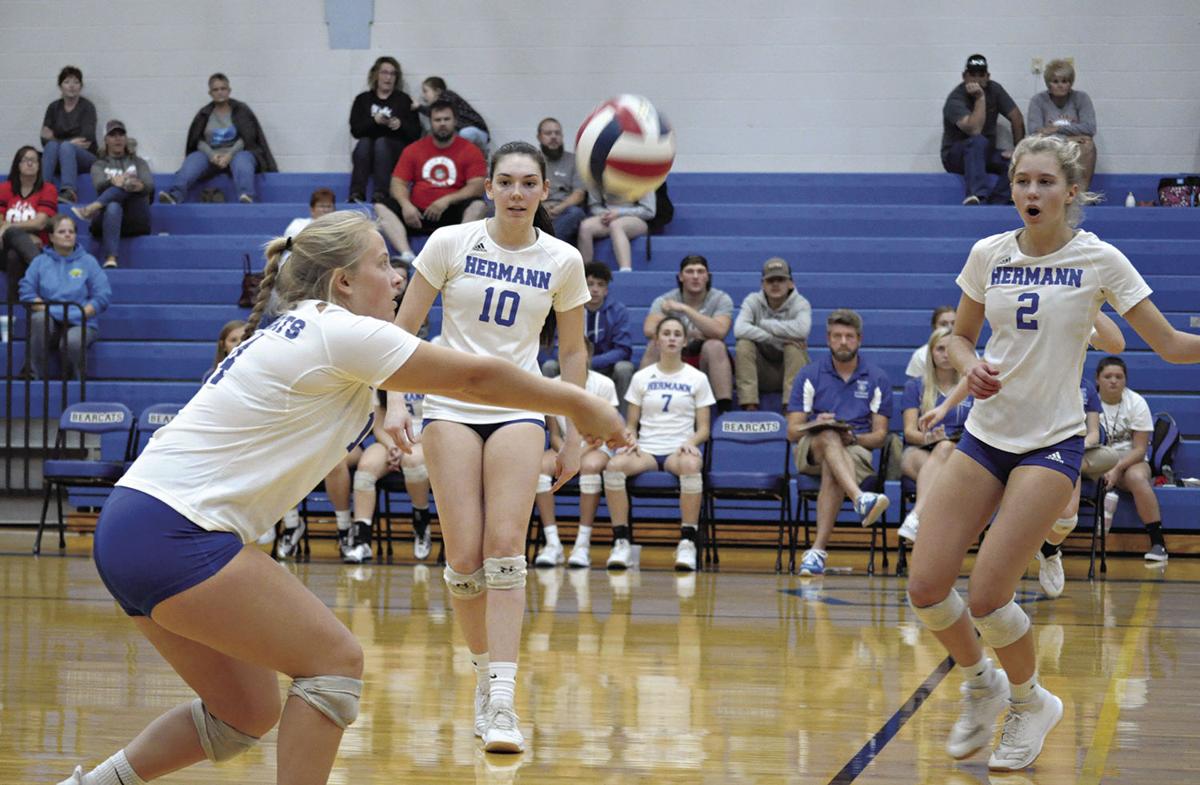 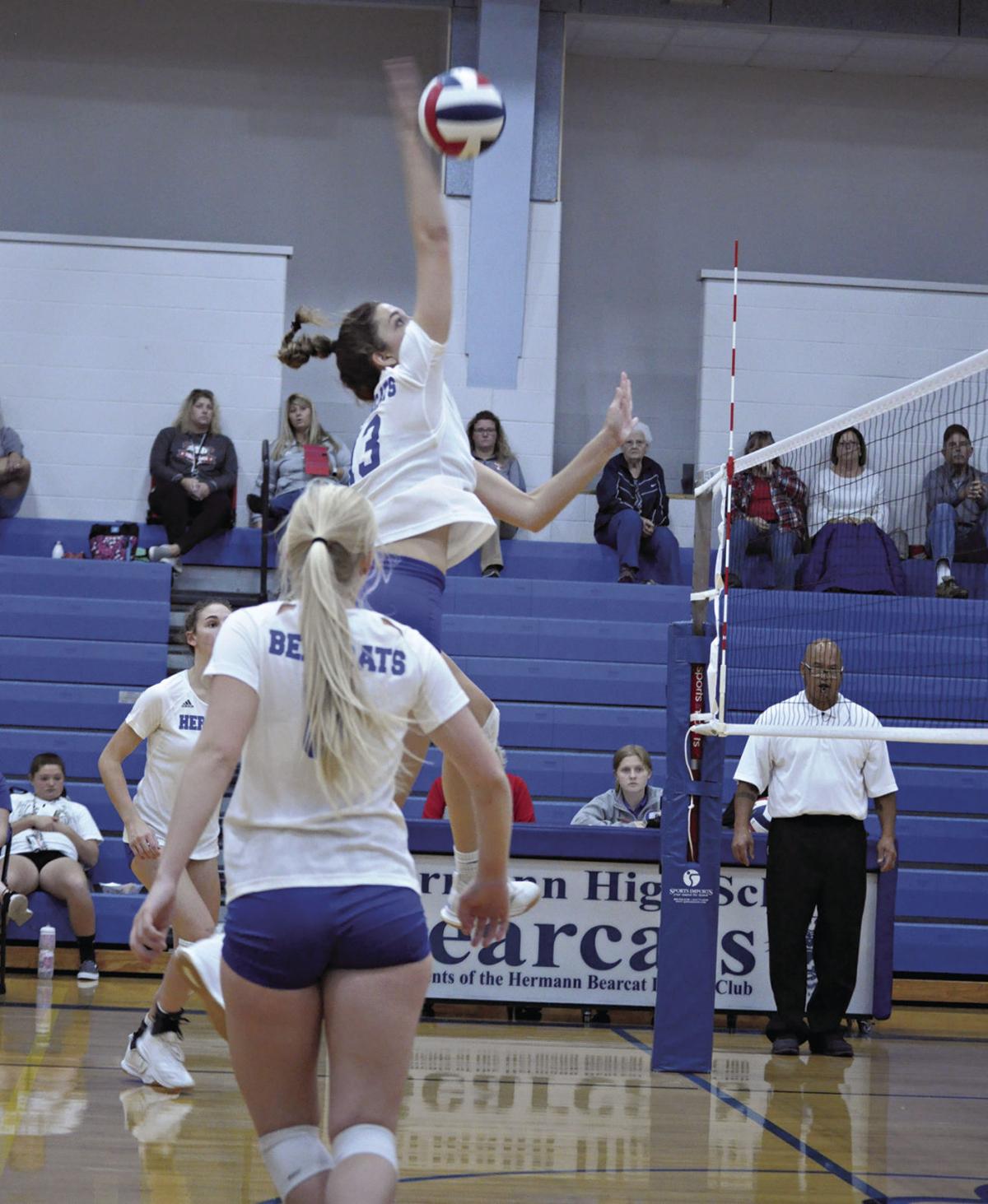 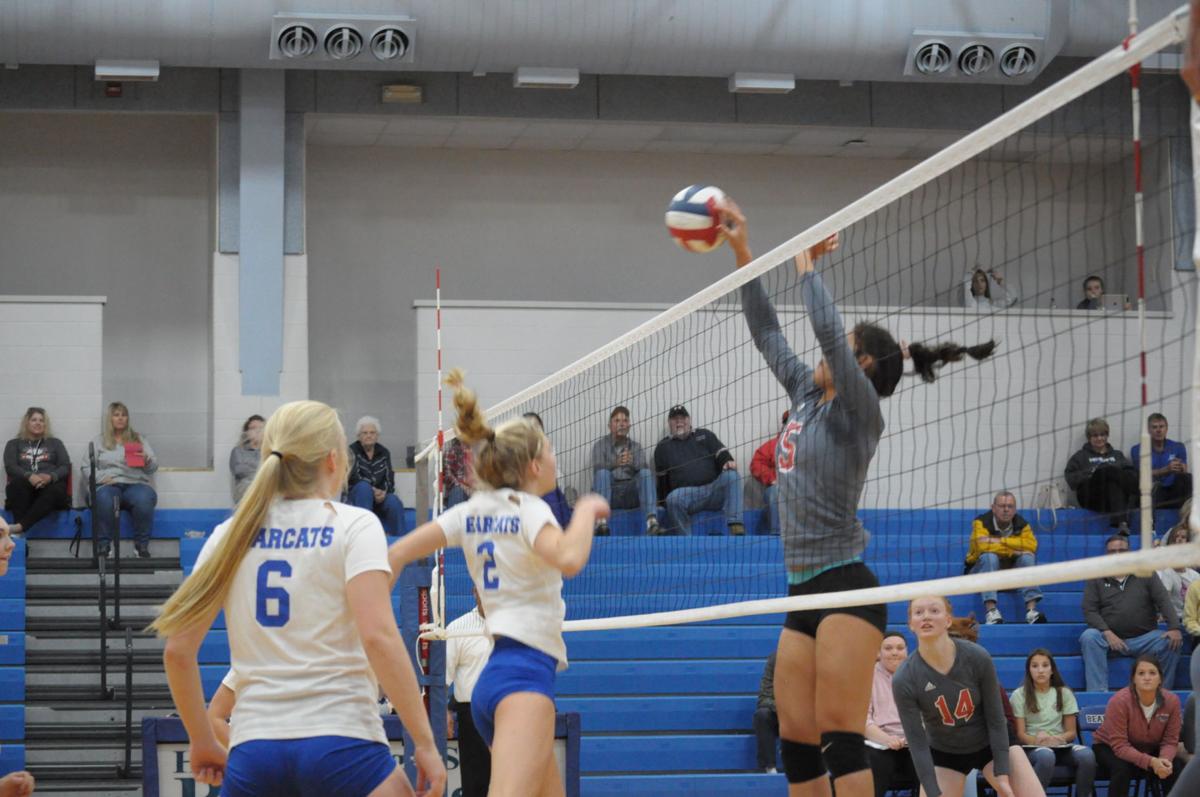 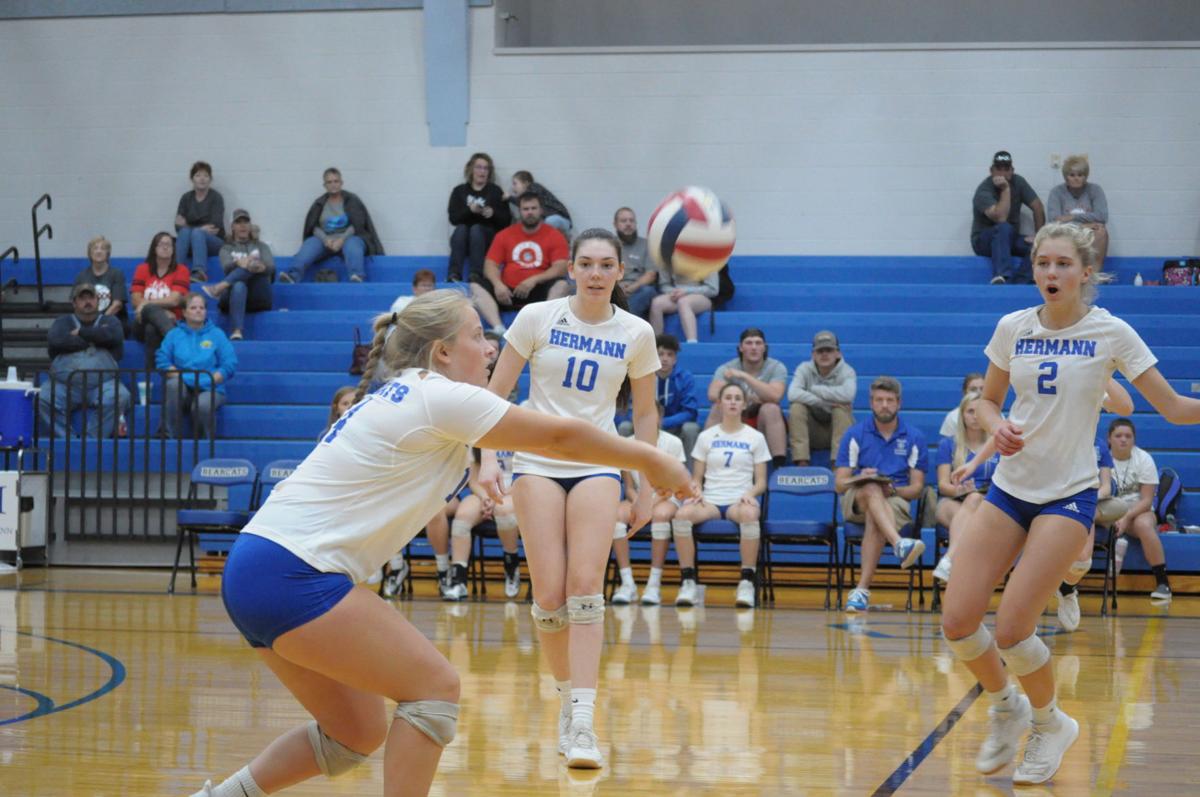 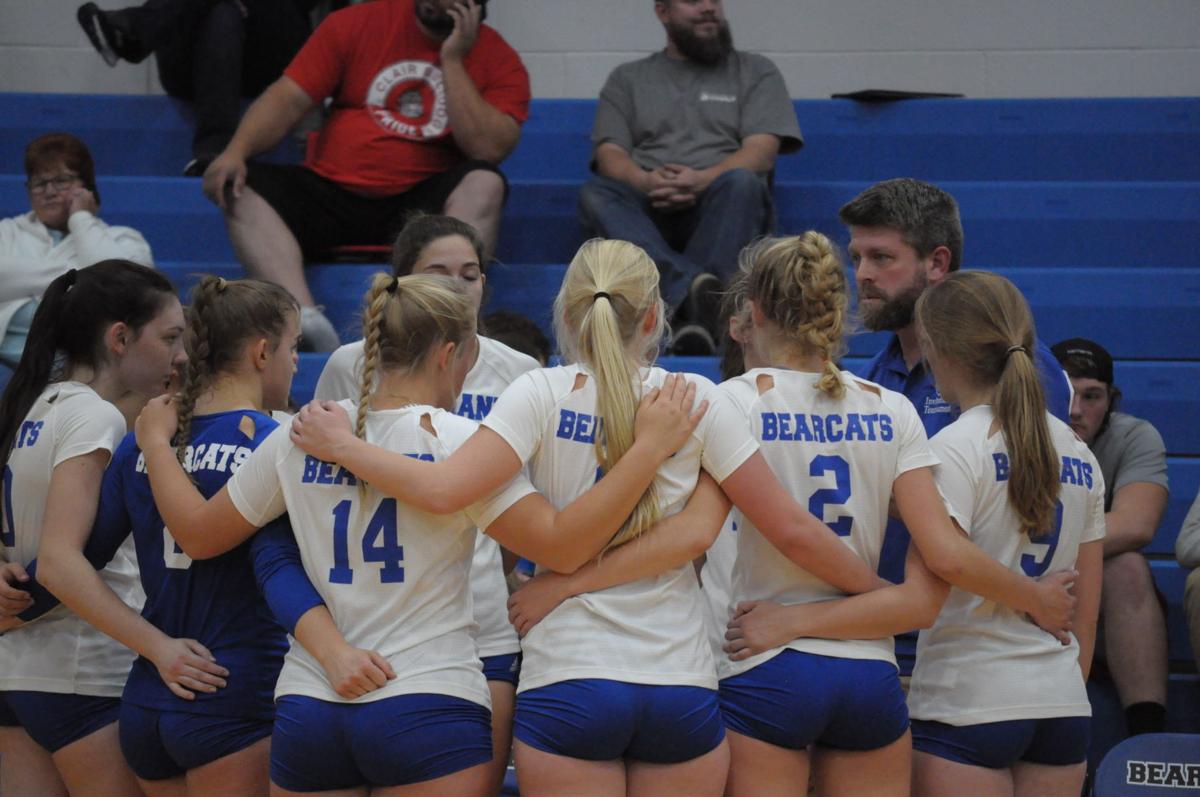 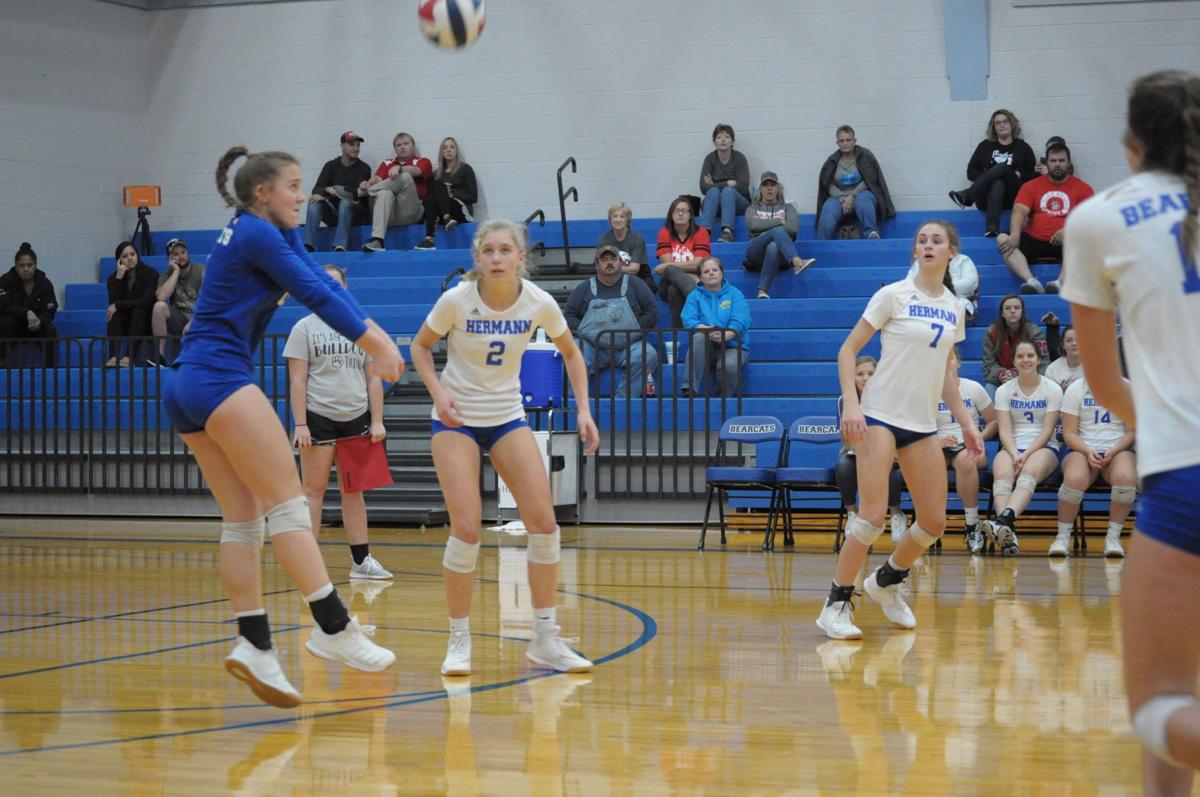 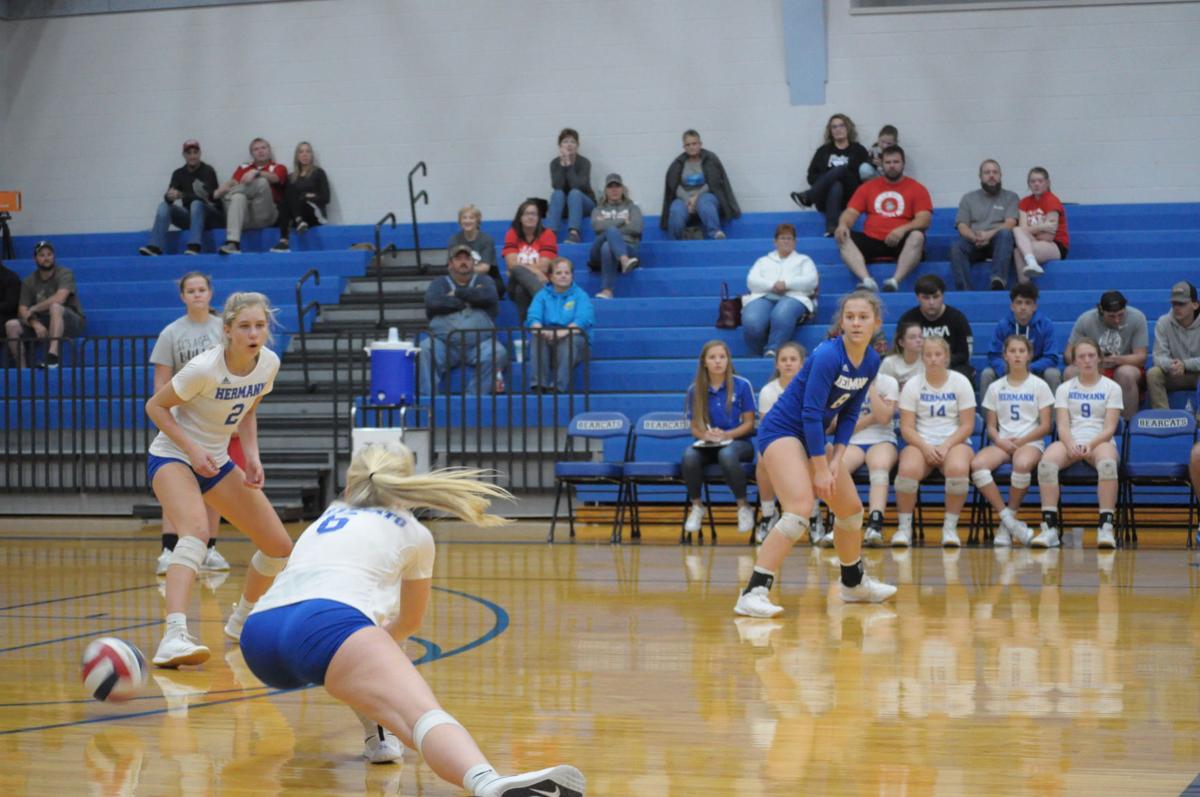 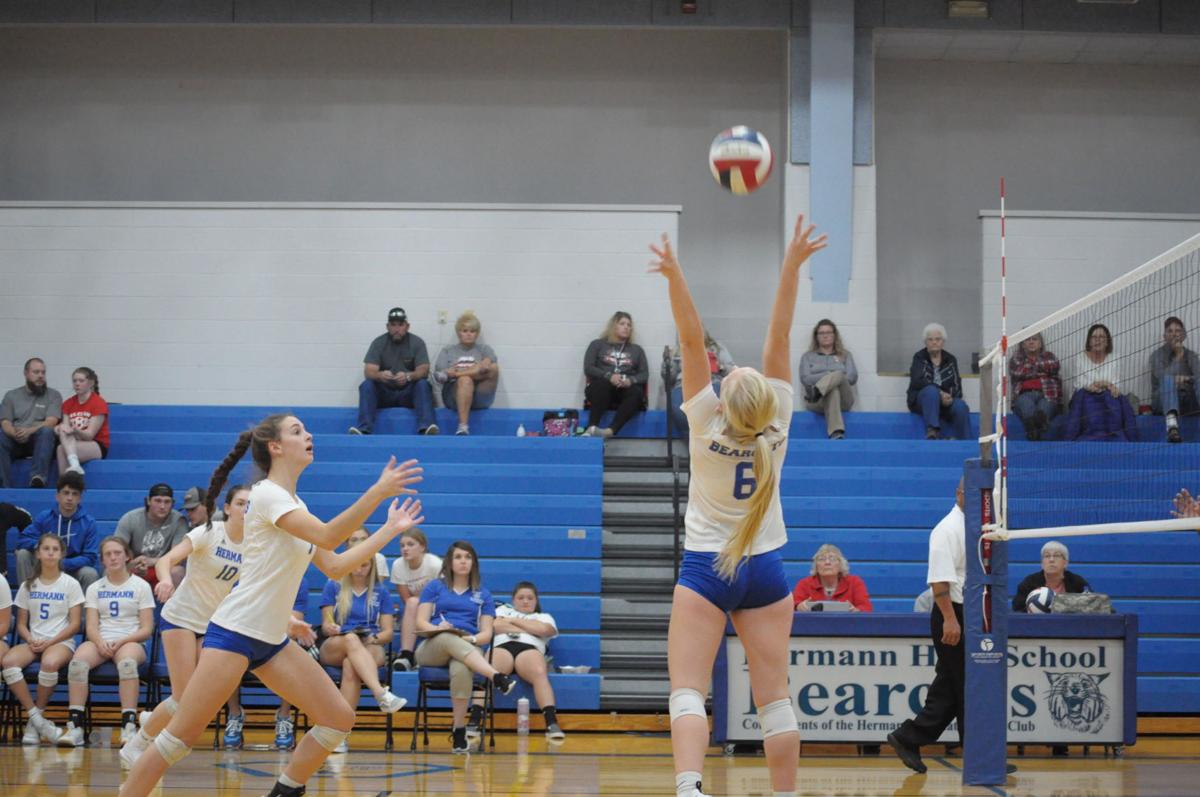 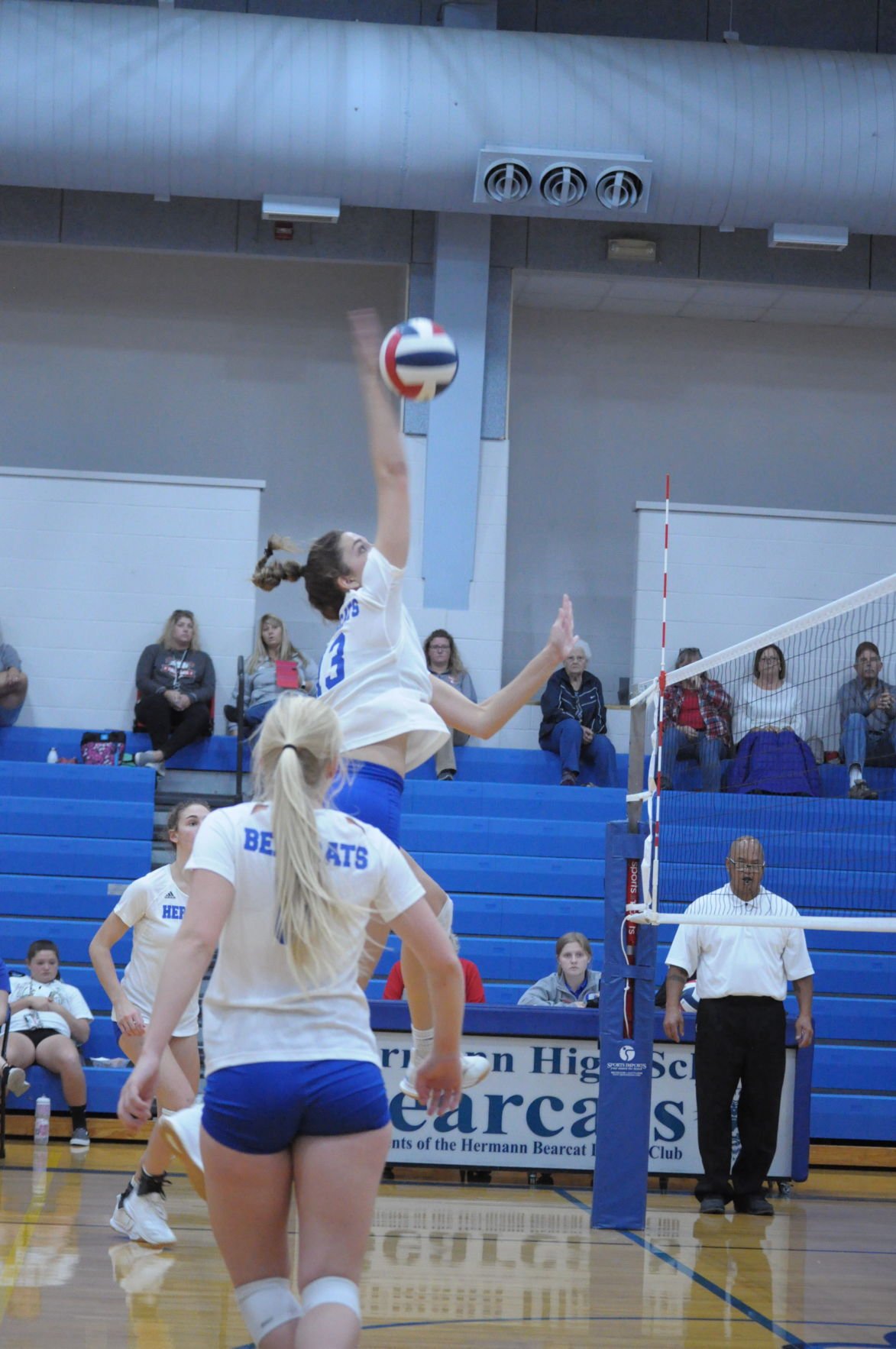 The Hermann Bearcat volleyball team continued their winning streak against a tough 3-match win against Helias on the road and two home games against New Haven and St. Clair. They will have played a tenacious Borgia team on the road by the time this A-C edition has already gone to print.

Hermann played some very good games against a good Jeff City Helias team and came out on top. Their serving percentage was in the low nineties, but they managed five aces. Helias has a good front line and the Bearcats had trouble attacking for points. Out of 114 attacks, they achieved only 37 kills with 18 errors, for a low hitting percentage of .167. Their kill percentage was only 32.5. Grace Winkelmann continued to be a force for the Helias defense to contain, attacking 42 times with 21 kills and a hitting percentage of .405. Hannah Grosse set the ball 35 times for the attackers.

On defense, the team took 50 receptions in the three matches, but only had one block with four assists. Winkelmann and Chelsea Moeckli had 10 and 17 digs respectively.

This was almost a night off for the Bearcats, easily taking on the Shamrocks, winning both matches. New Haven had no offense against Hermann’s defense, hitting a negative percentage team-wide, with 61 attacks and only 7 kills. Hermann also had 61 attacks, but managed 27 kills and eight aces. Hermann set 27 times for the attackers, compared with New Haven’s six sets.

Hermann’s defense only took 12 receptions and 25 digs. It was an in and out kind of game.

St. Clair has some good athletes, so this matchup is always a good one if not totally reflected by Hermann’s win. The Bearcats had a good hitting percentage of .341, but the Bulldog front line could be formidable at times. Hermann adapted with their tipping game. The Bearcat’s serving wasn’t as accurate (87.8 percent). They normally are in the 90 percentile range and they only had two aces, but six errors.

The kill percentage was down a little as well, sitting at 40, on 82 attacks and 33 kills. Winkelmann again led the attacks with 28 and 15 kills.

On defense, the Bearcats took 36 receptions on three errors and had 2 blocks and four assists.