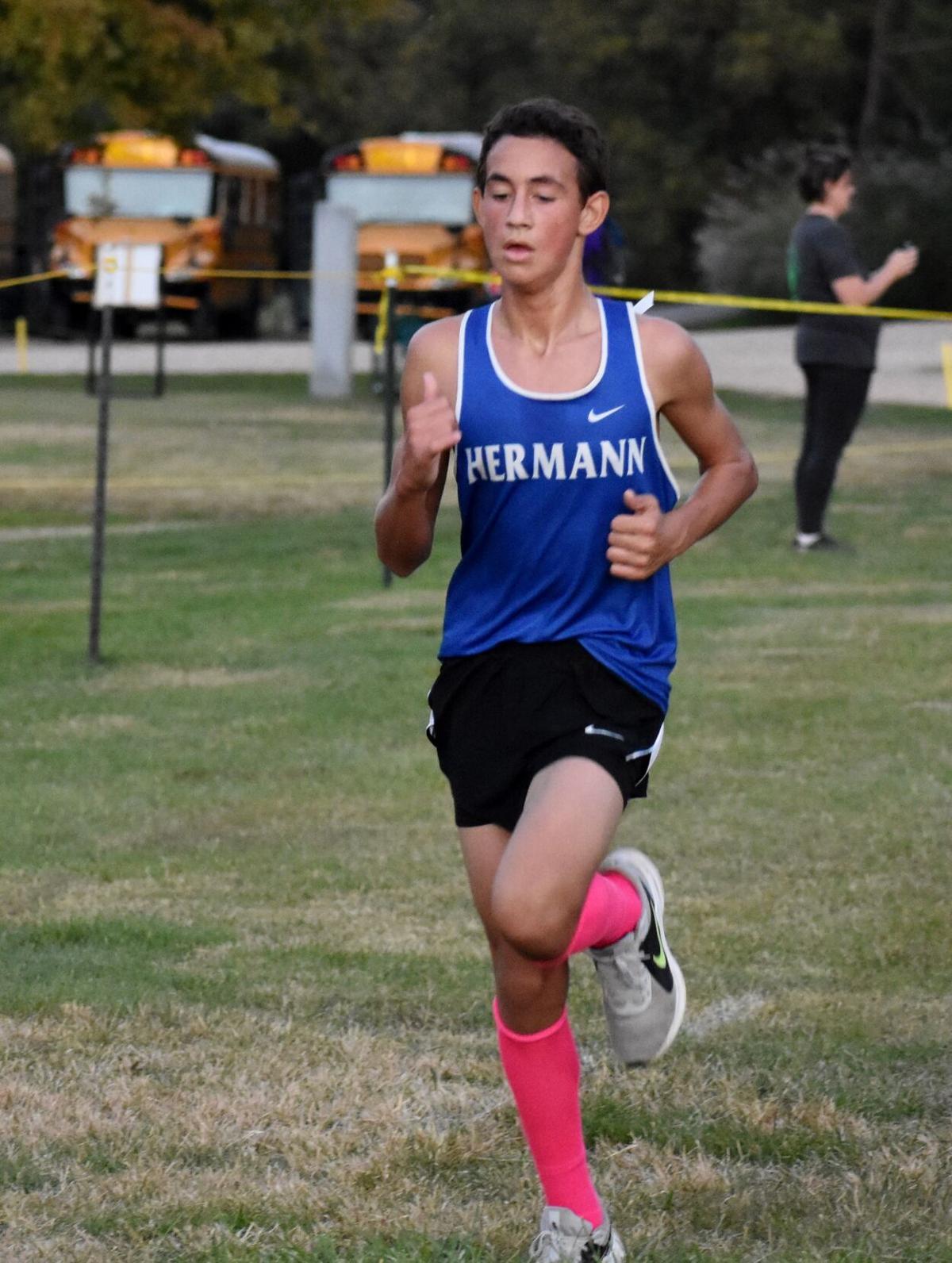 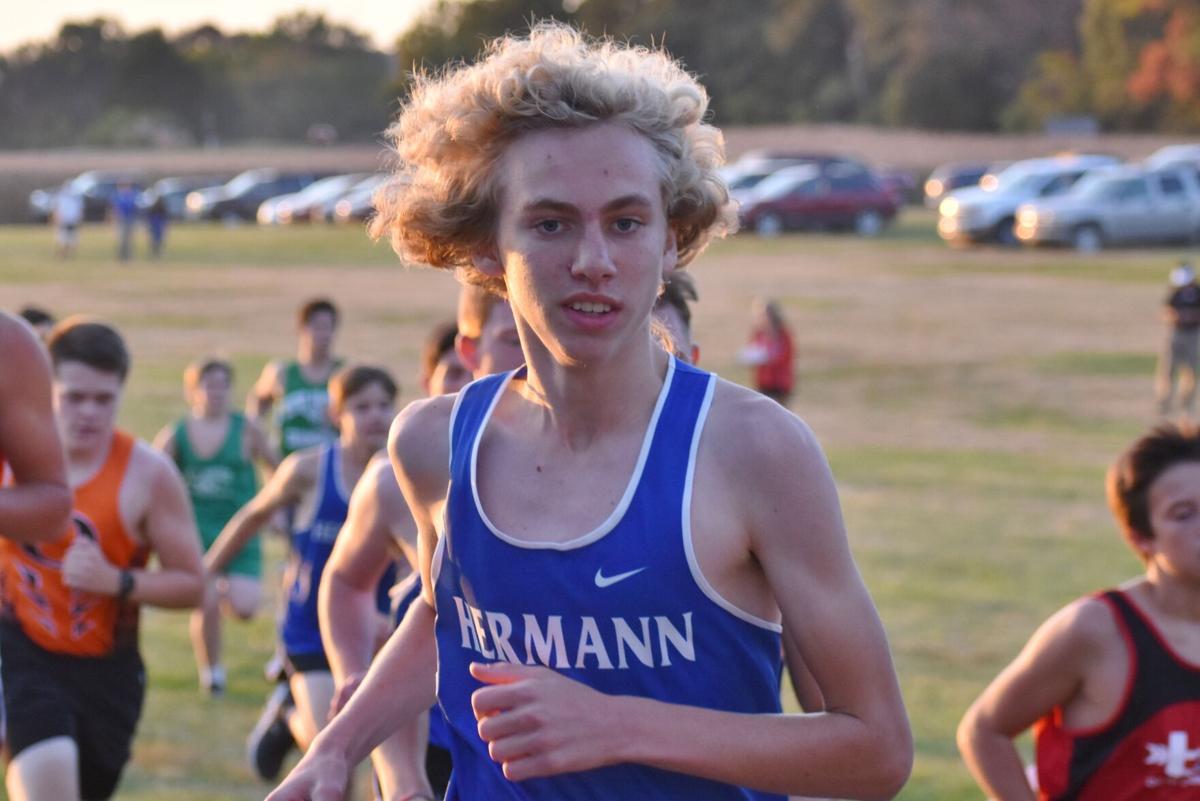 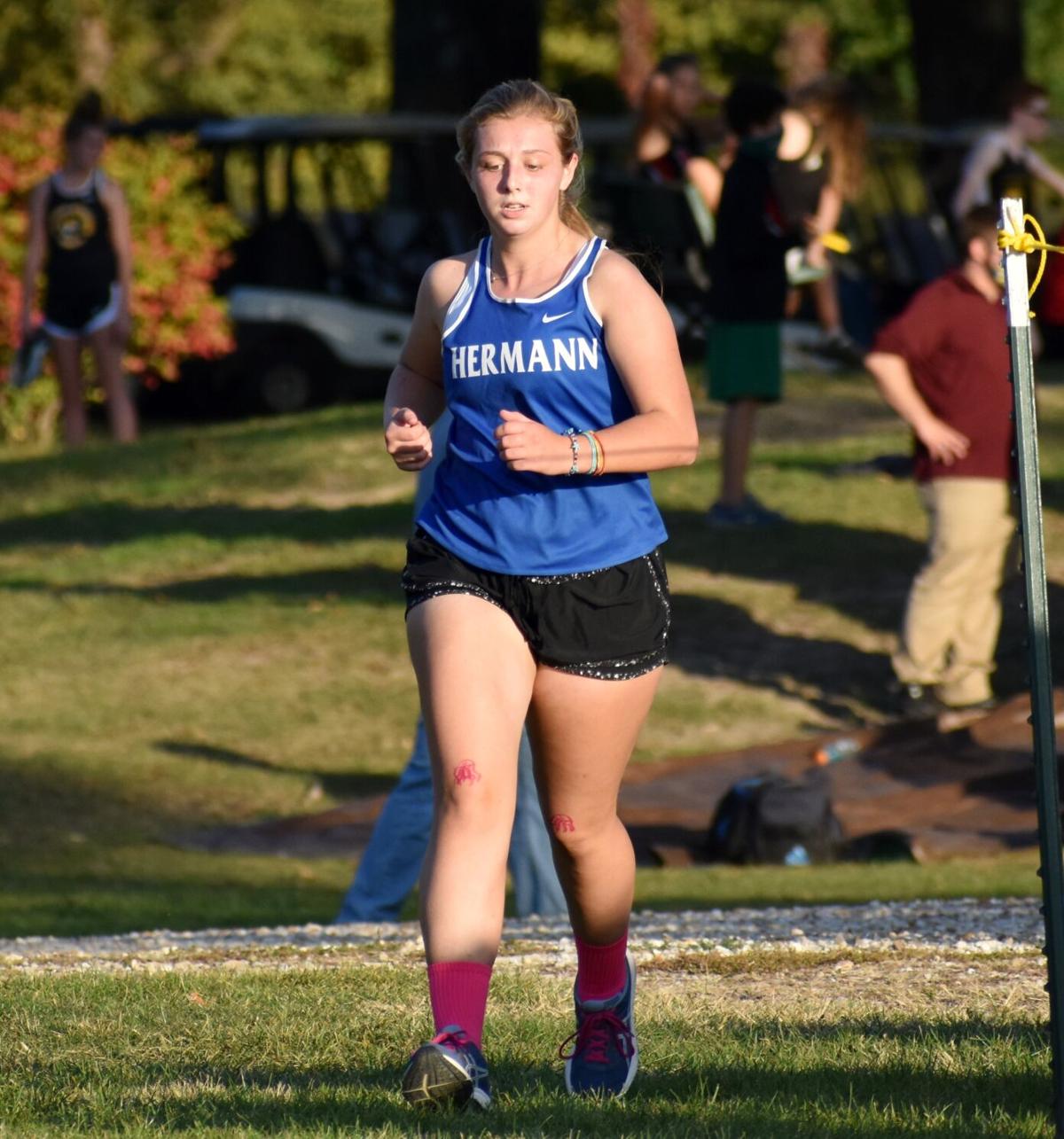 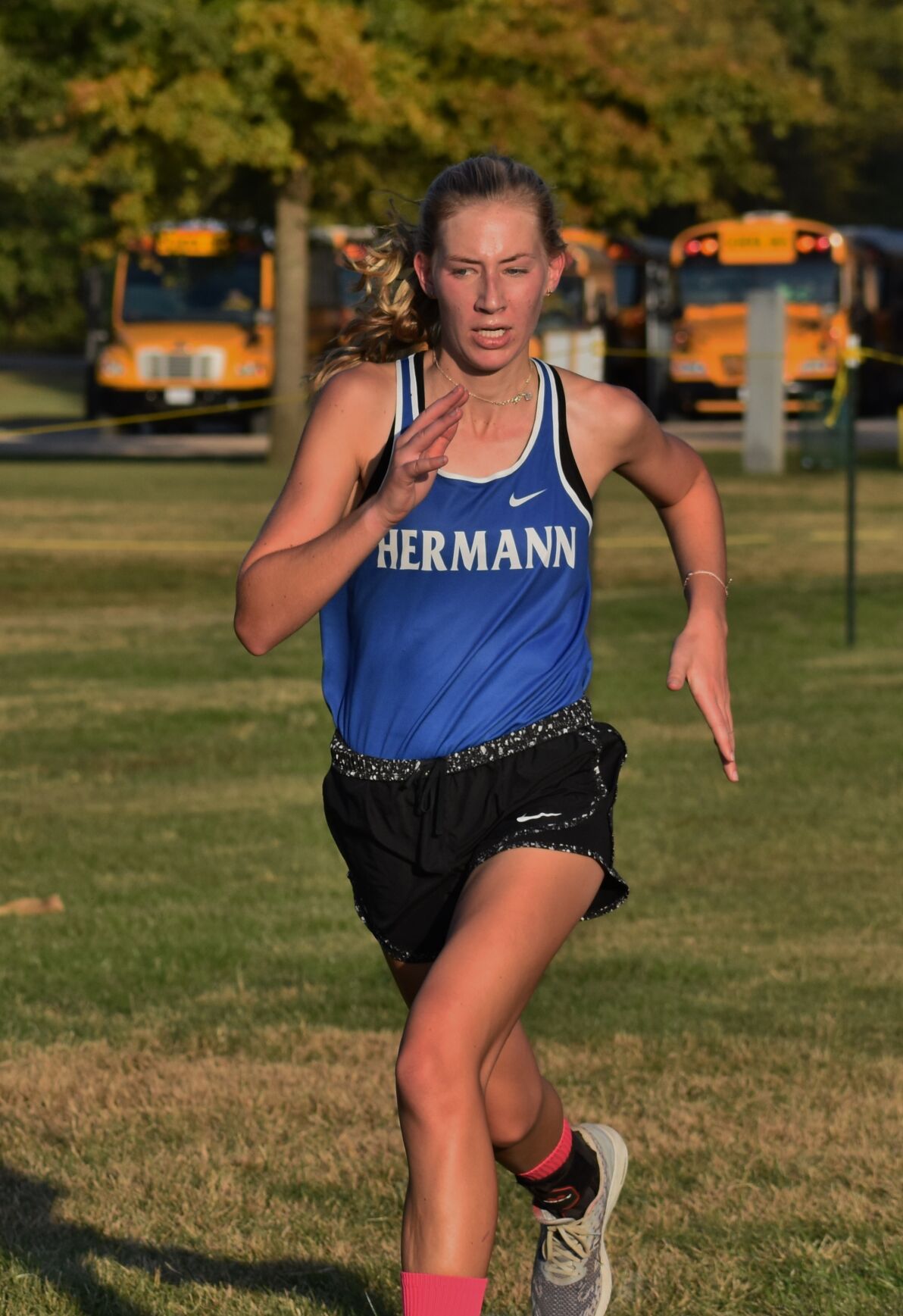 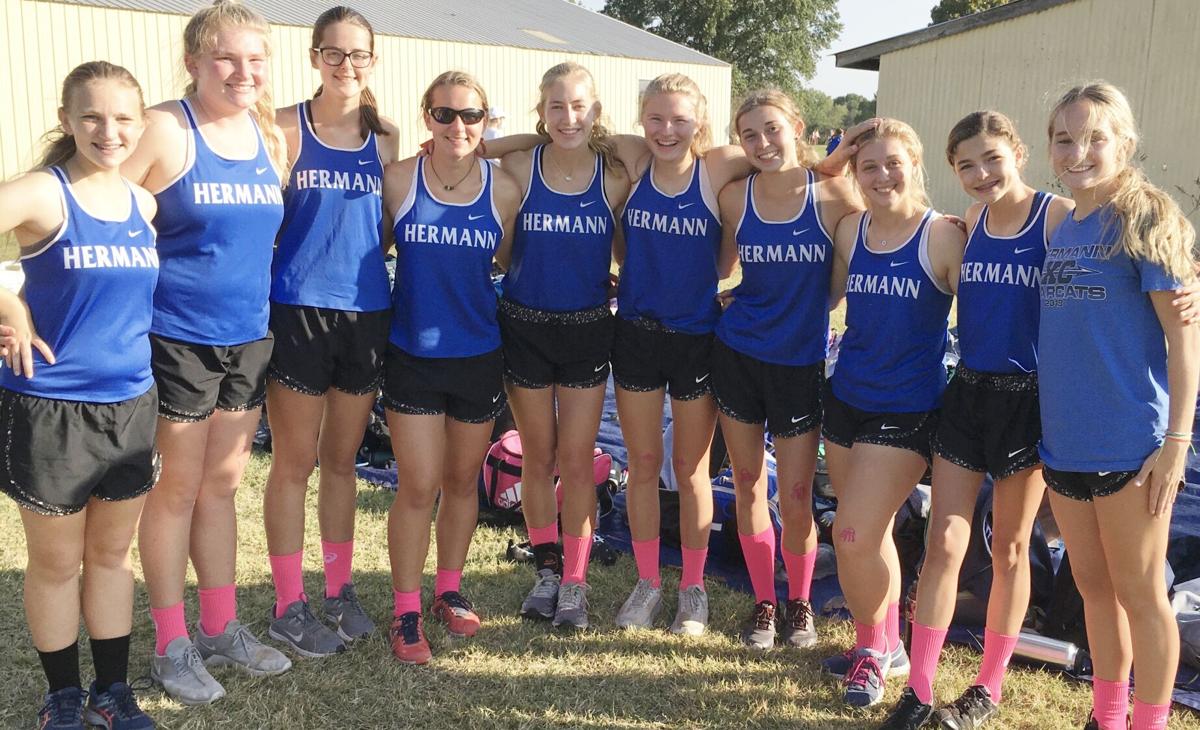 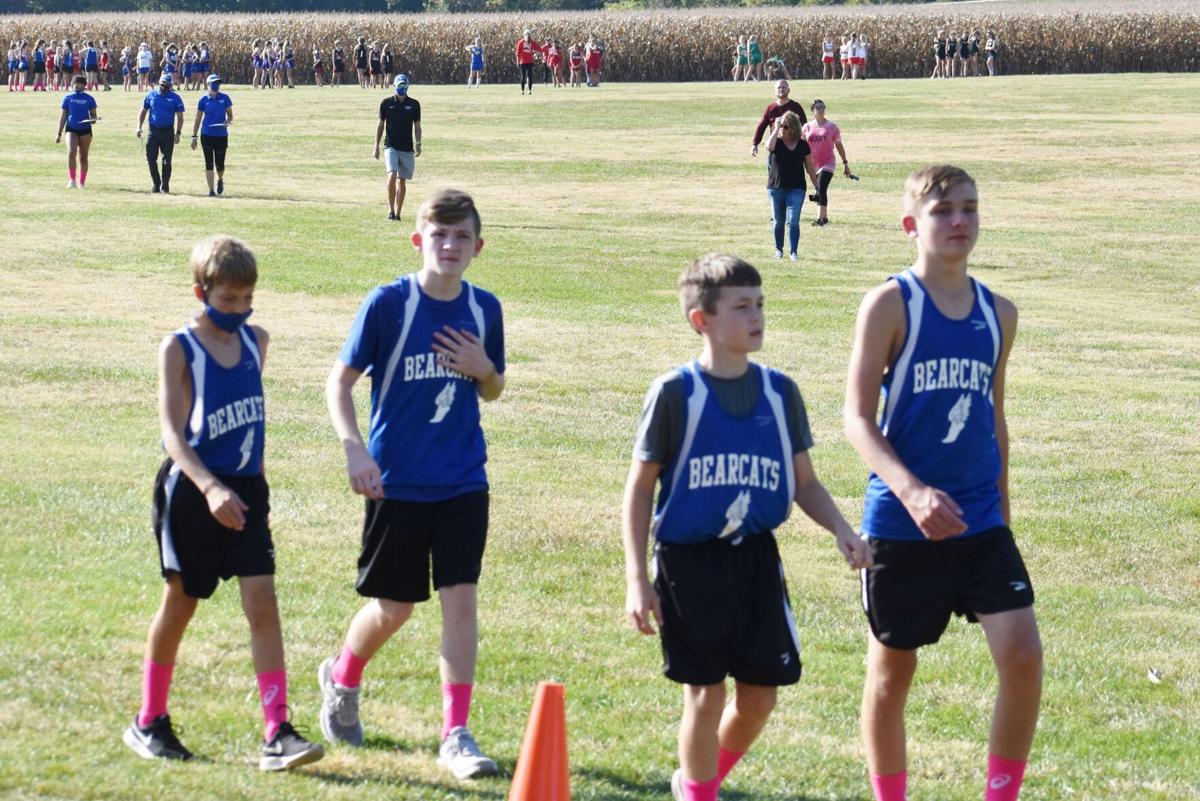 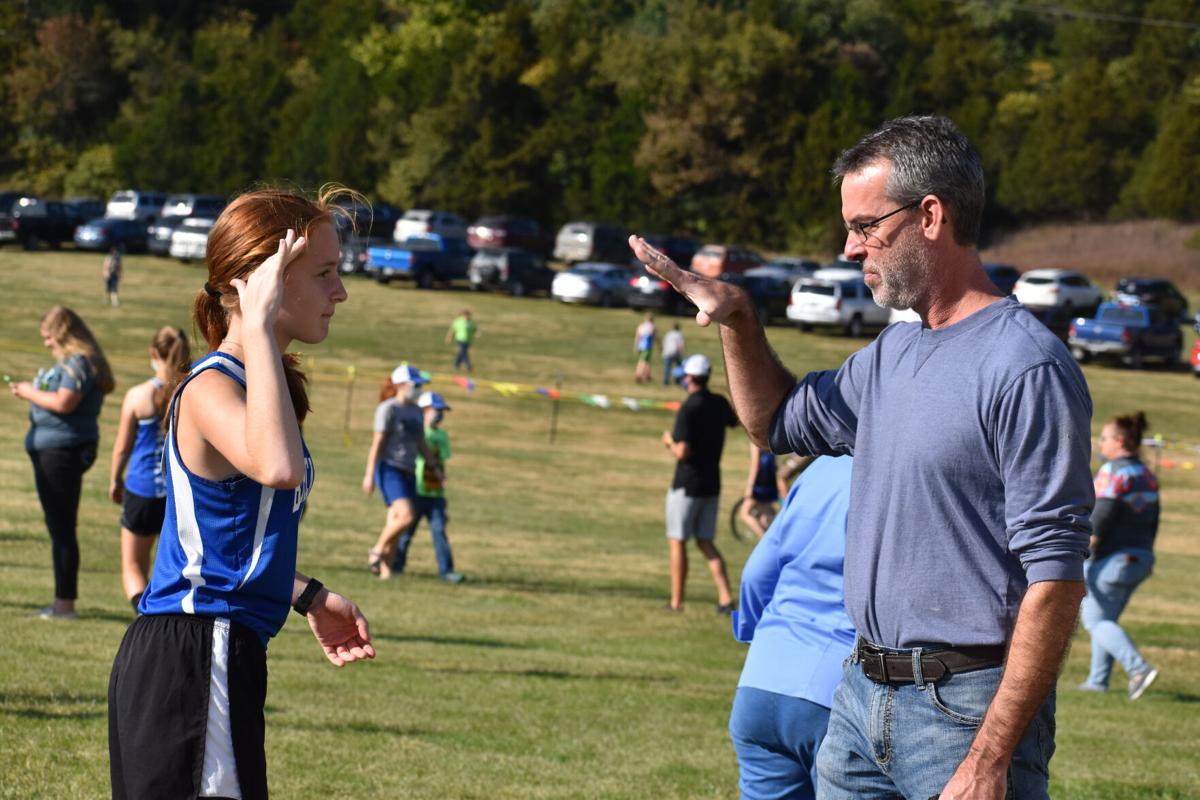 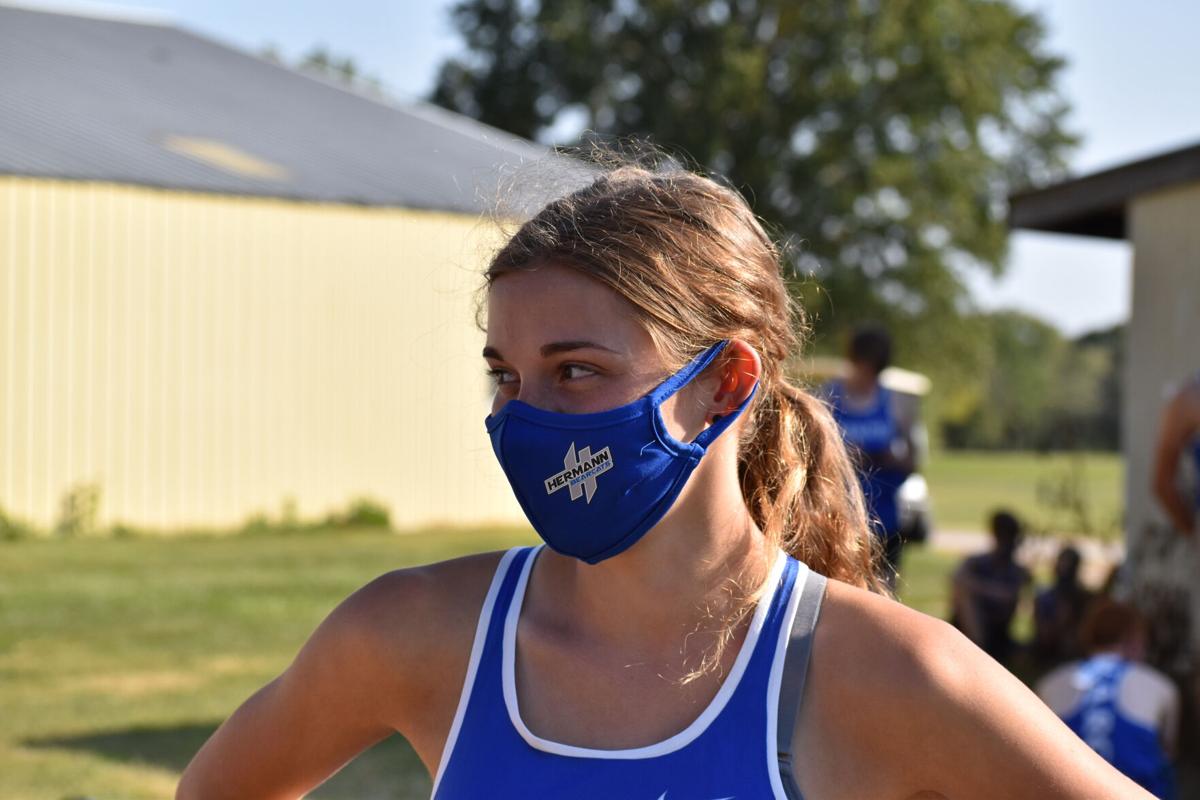 The Hermann Invitational Cross Country Meet could not have been held on a better day or in a better place. The sun was shining with warm temperatures as runners did their best at the Loutre Shore Country Club in Hermann. Not only is the scenery great but the club employees were most gracious in their hosting.

The Hermann Men’s team came in first for the 5,000 Meters race with a team score of 40 compared to the second place finisher, Bowling Green, with 54. Running star Dalton Gleeson came in second with Brayden Brown and Austin Terry following at the number 9 and 10 spot. The Giles twins came in next as Michael brought in the 12 and Peter brought home the 17th spot. Tavis Harris came in at 21 and Kaleb Means ended the Hermann group at 25. All runners for Hermann finished the race in the top 25.

In the Men’s Junior Varsity 5,000 Meters run, the Bearcats shined again with the overall score of 17 that made them overall winners of the race. Hermann had 9 out of the top 15 runners. Crossing the line was Bearcat Blue after Bearcat Blue as Jackson Poehlman crossed the line at 19:19.58. Trigg Lindahl was right behind him with 19:39.04, Charles Schutt at 19:58.76 and Woodrow Heldt at 20:13.10.

The Womens’ Varsity 5,000 meter race was same song, second verse; winning by 47 points to the next team’s 100 points. Amelia Uthlaut come in 2nd running a 20:21.47 followed by Morgan Miller in 6th, Katy Menke in 10th, Heidi Hingst came in 11th with Clara Scheible  rounding off the top 19. Kaylyn Powers battled hard to secure the # 36 position followed by Lori Anderson in the 47 position, Ava Engemann at 49, Allison Boedges 81 and Ariana Maddox in 82nd place.

In Boy Middle School action, Hermann was well represented in the 2 mile. EJ Lindahl led the Hermann group with a 15:54.74. Spenser Head was next with Garret Jacob and Jackson Austermann.

The Hermann Middle School girls came overall in second place for the 2 mile race. Elaina Uthlaut, a 7th grader, was the leader for the HMS and crossed the line 4th with a time of 14:25.744. Following her were Alaina Heaney, Brylee Moore, Reese Isaak, Anna Wright, Grace Berkemeyer, Kara Krimmel, Addison Schweich and Averie Holifield.