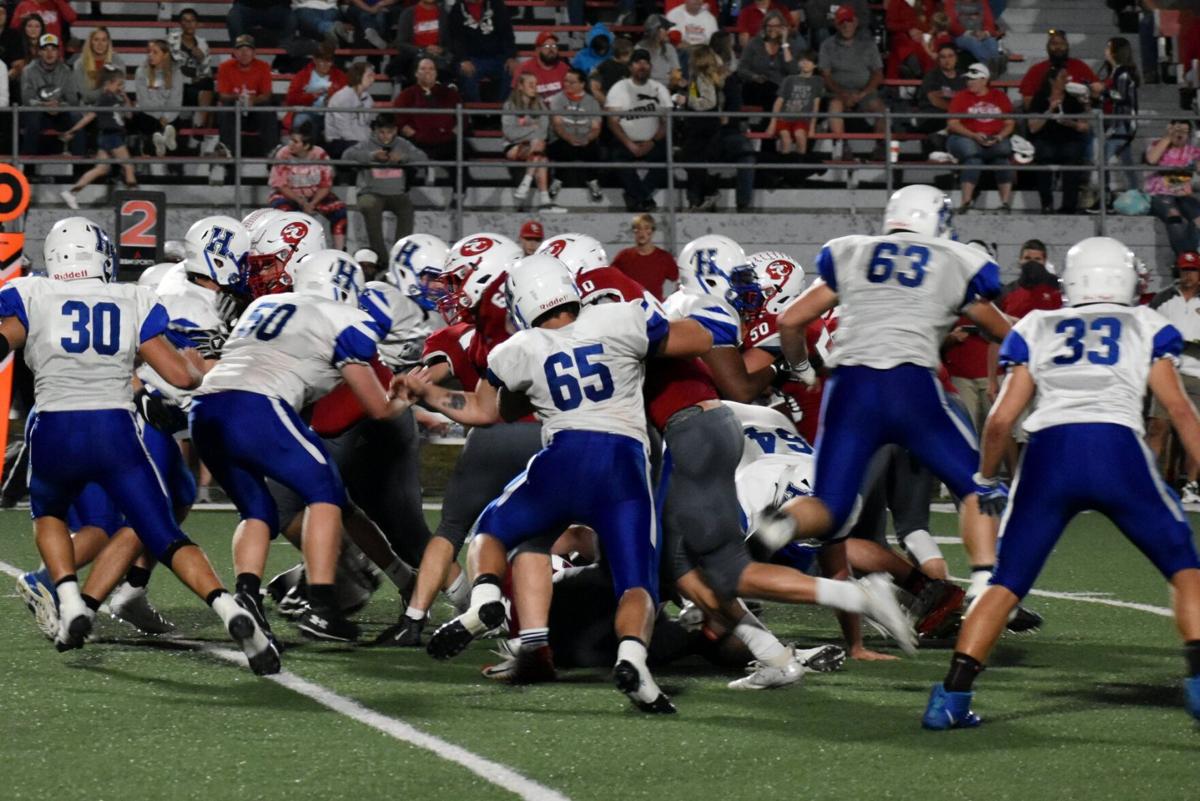 The mighty Bearcats fought bravely against one of this year's toughest opponents. 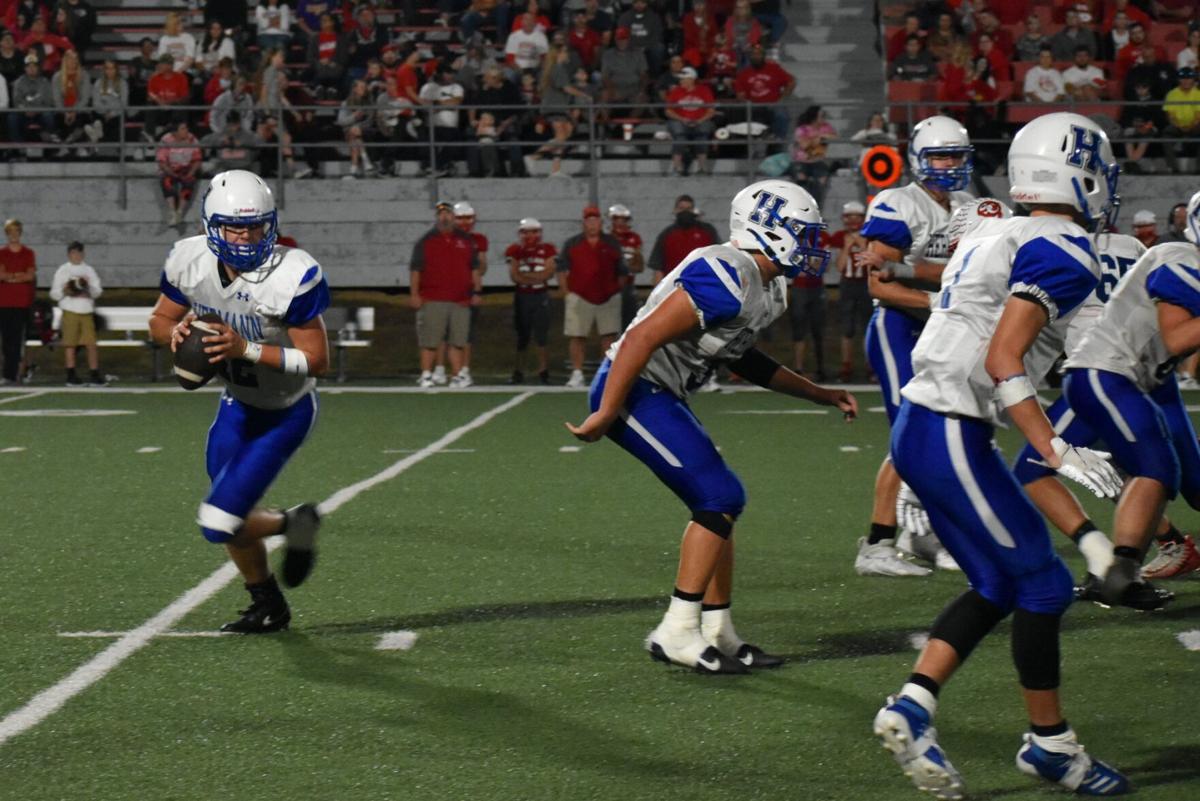 #12 Parker Anderson has the ball as his support players are watching his back. 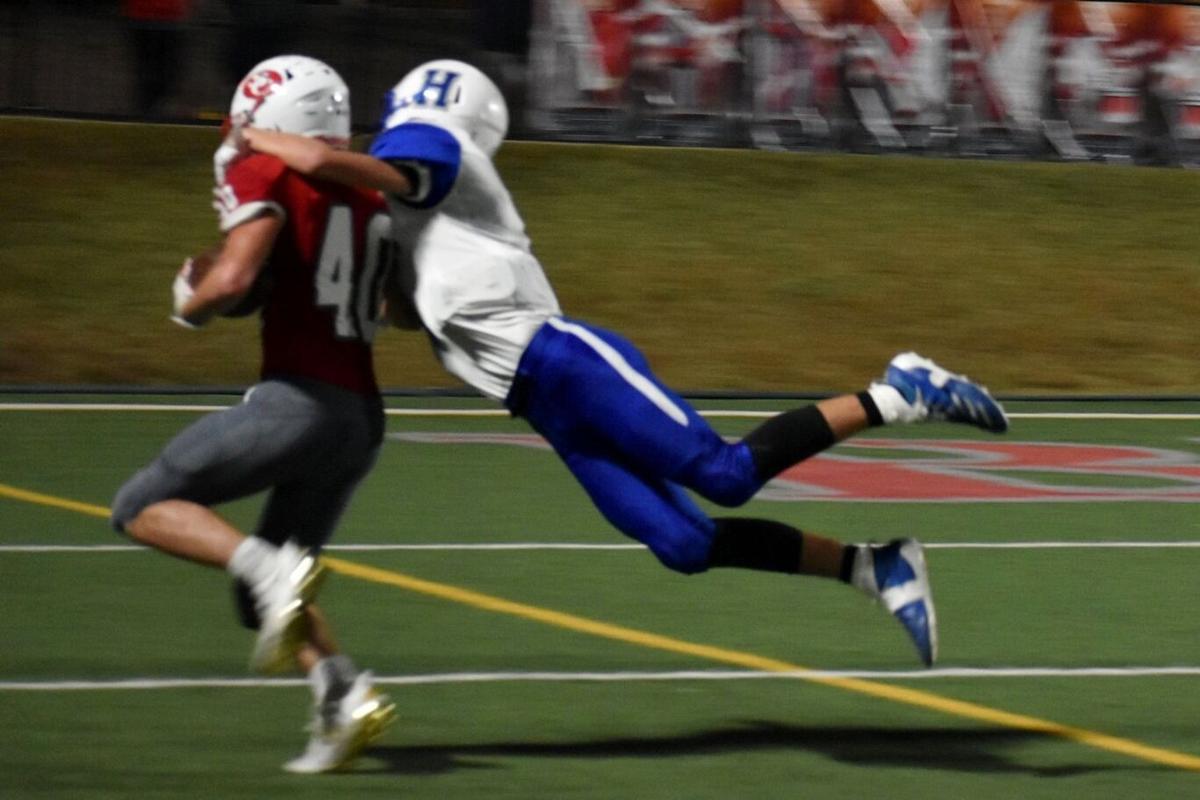 #1 Conner Coffey dove for this tackle.

The Hermann Bearcats lost 42-0 to St. Clair on Friday night, in an away game that served as Homecoming for the Bulldogs amid a boisterous crowd.

This week, the Bearcats have a 7 p.m. Friday home game against the Pacific Indians.