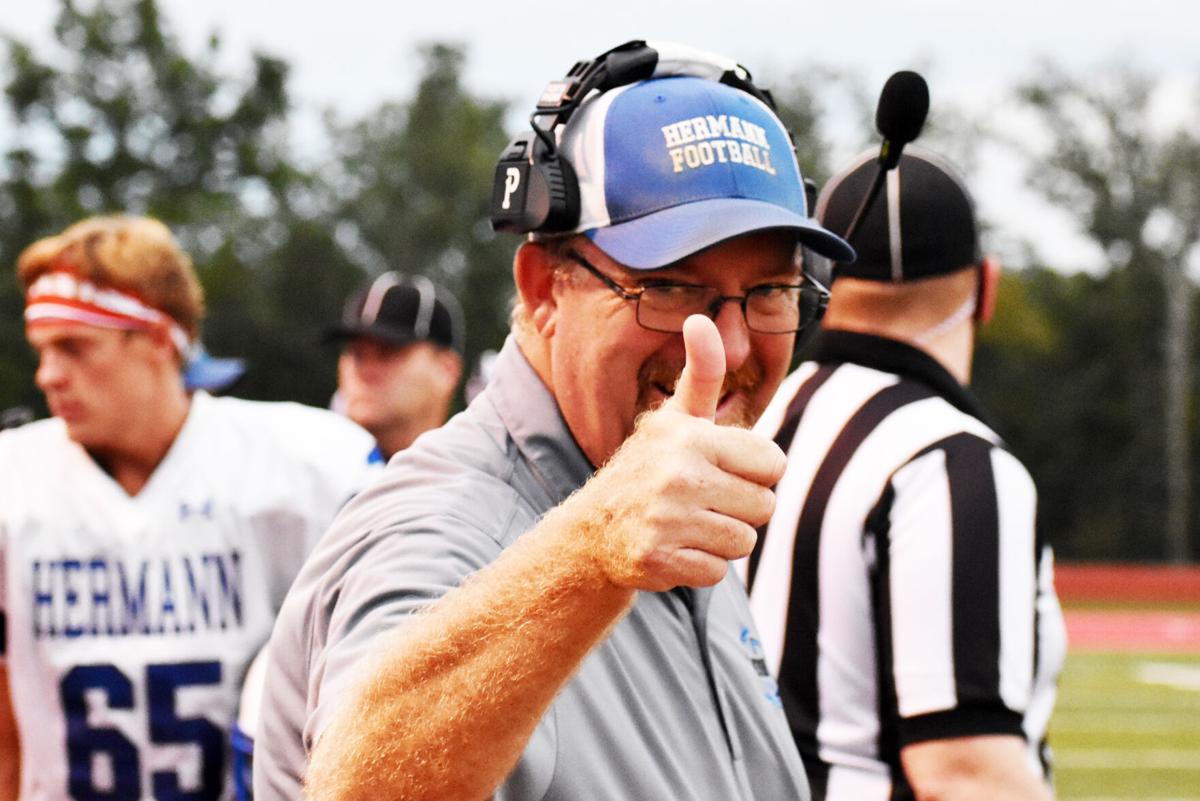 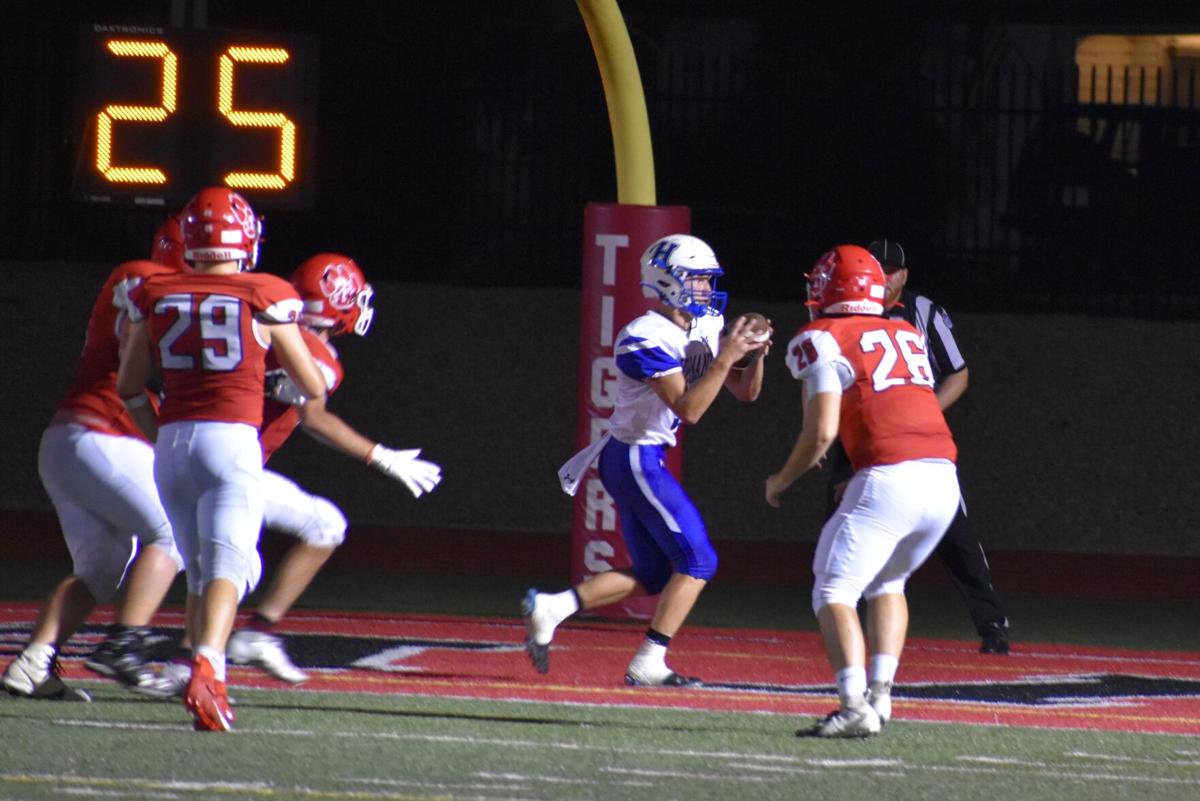 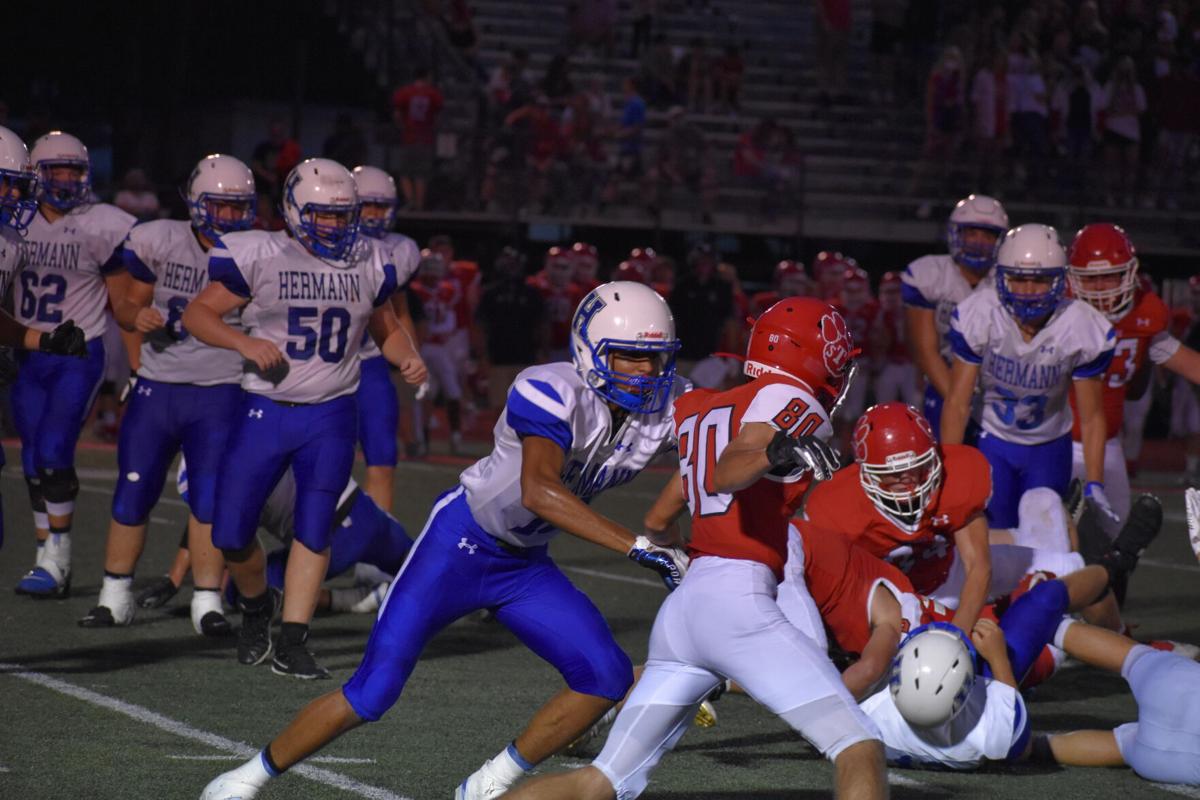 The Hermann Bearcats took their second victory of the season Friday night with a road win over the St. James (John F. Hodge) Tigers, 22-15.

The Bearcats were led in rushing by Holden Ash, who had 80 yards on 10 carries. Kenny Hoener rushed for 62 yards on 13 carries, and Brody Fredrick had 57 yards on 15 rushes. Parker Anderson had 12 rushes and gained 36 yards. Markus Eldringhoff had 27 yards on four carries.

Anderson threw for 31 yards in four of four attempts. Seth Hackmann caught one of those passes for 18 yards, while Nick Waechter had six yards on one catch. Fredrick had a four-yard gain on one catch, and Hoener had three yards on one reception.

Eldringhoff had a 30-yard kickoff return, while Devin Mueller returned a kick for 10 yards. Eldringhoff also intercepted a pass for 46 yards. Brock Shockley recovered a fumble.

The Bearcats are scheduled to host the Lutheran St. Charles Cougars at 7 p.m. Friday at Bearcat Memorial Stadium.