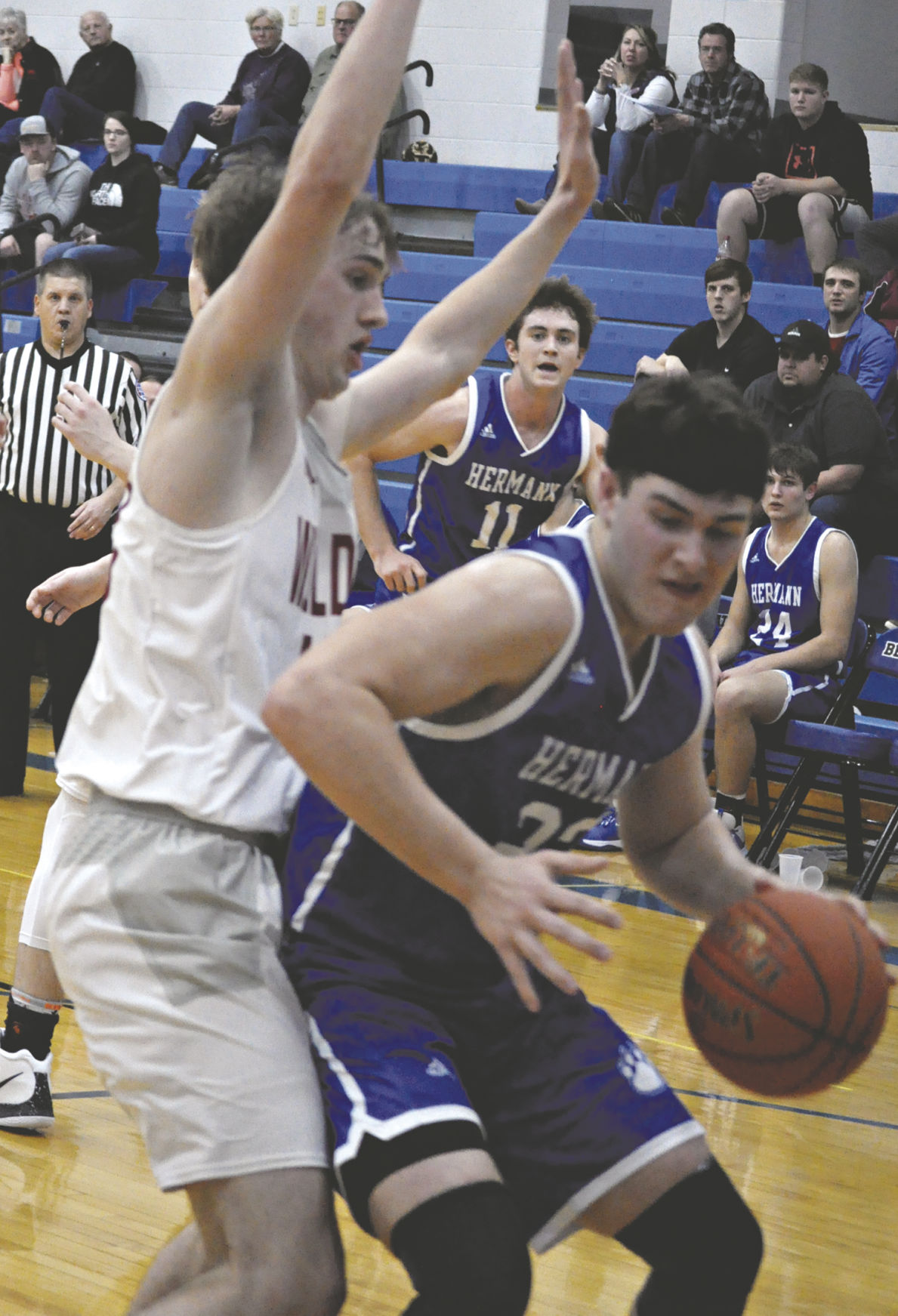 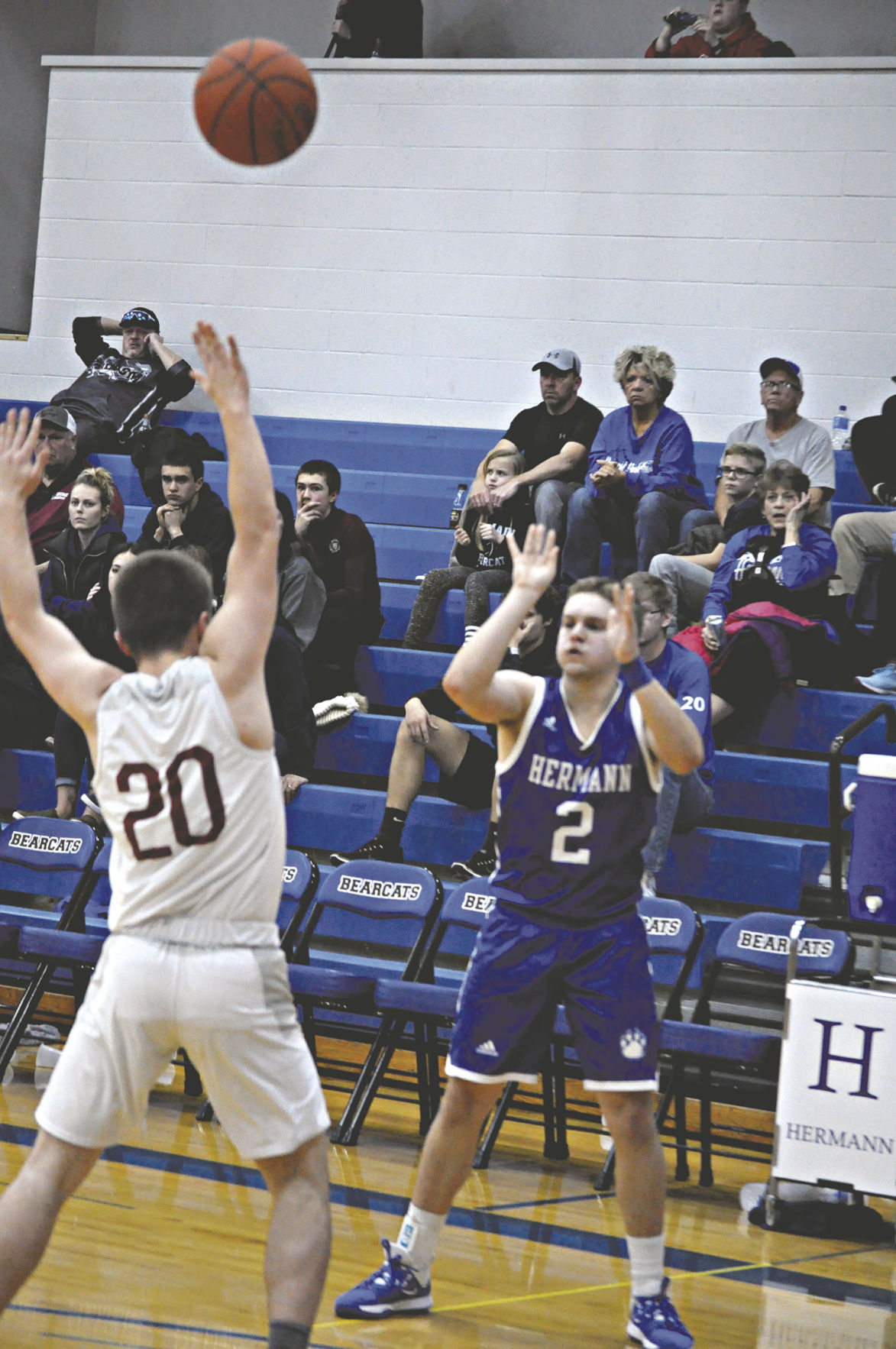 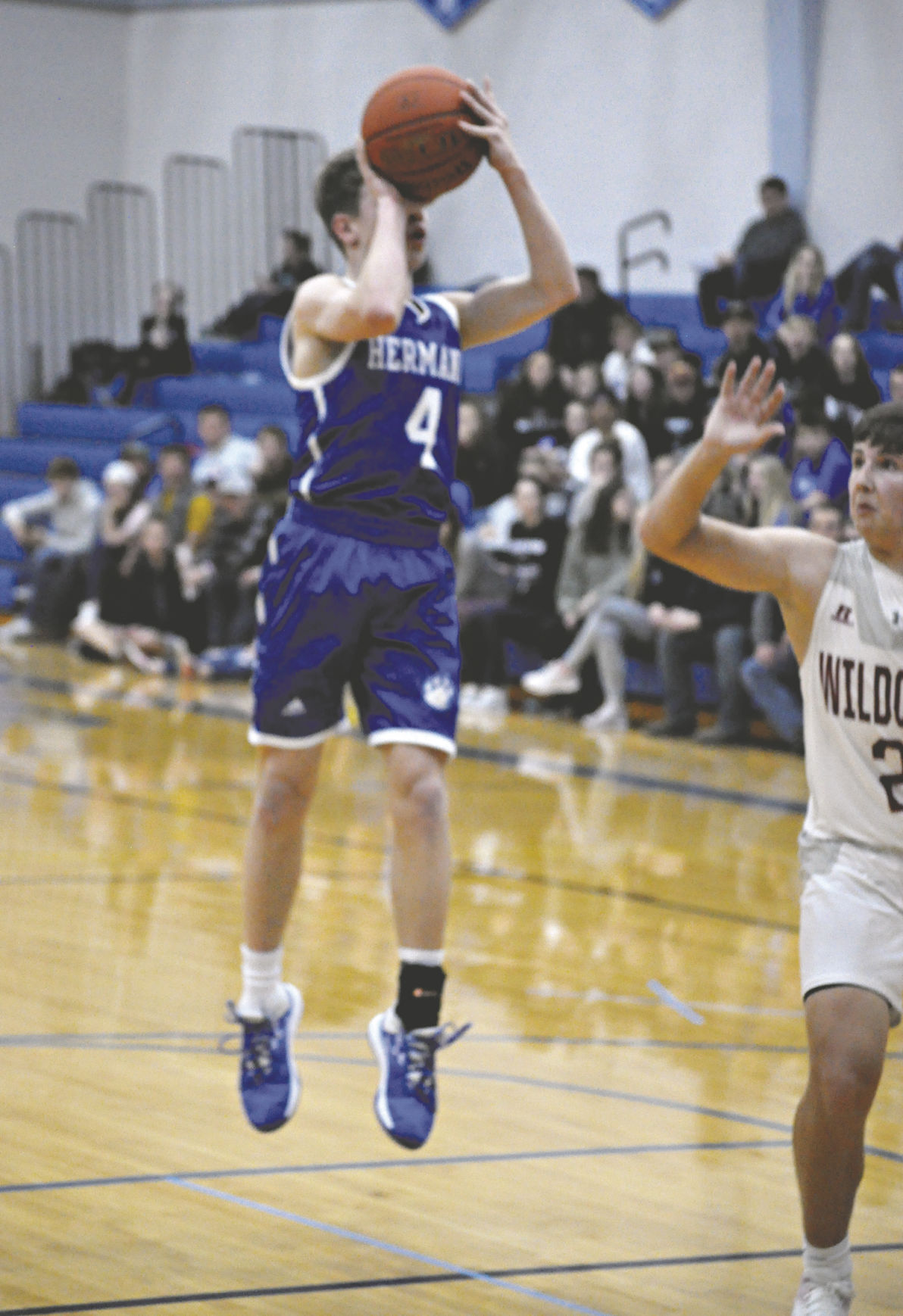 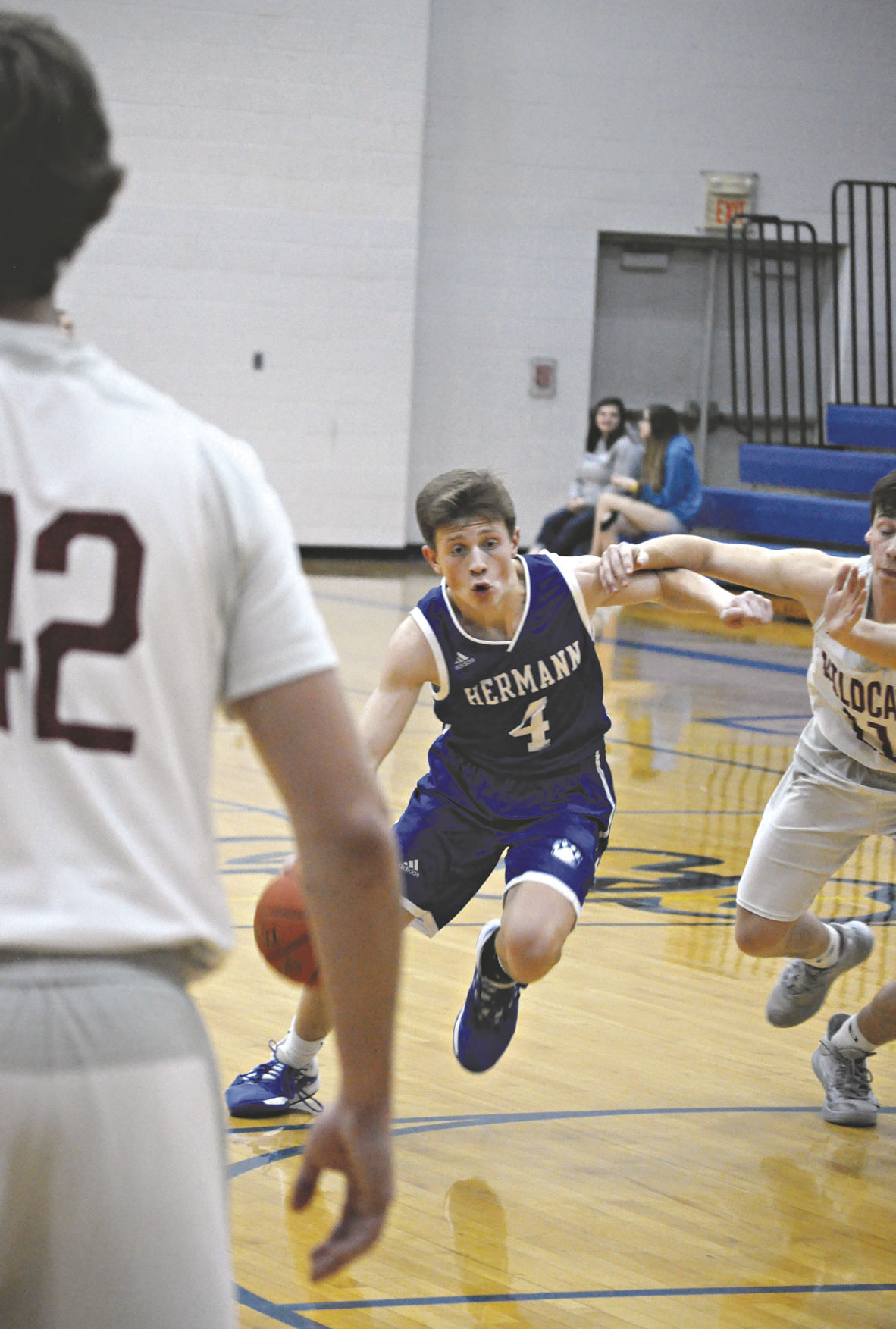 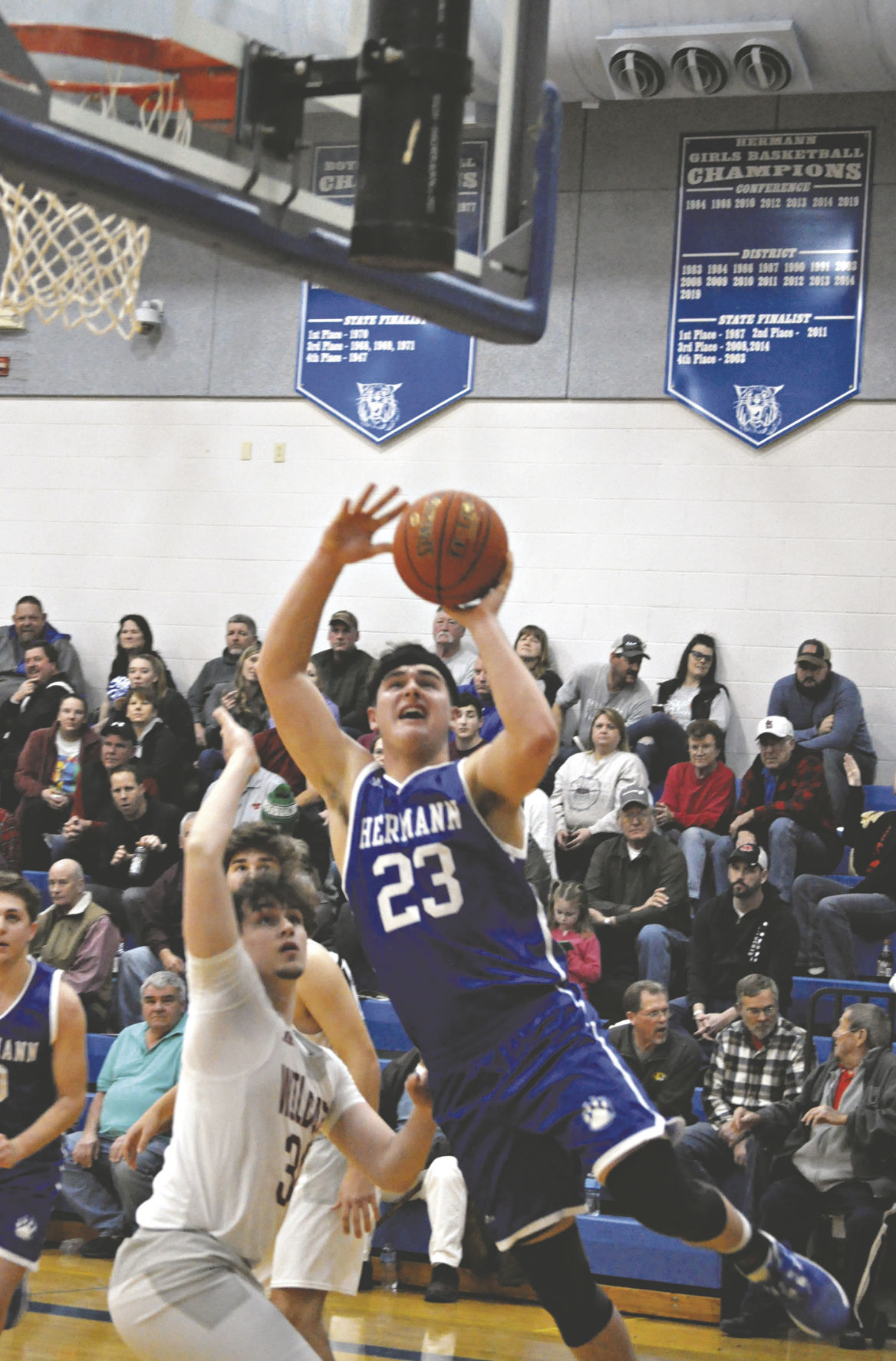 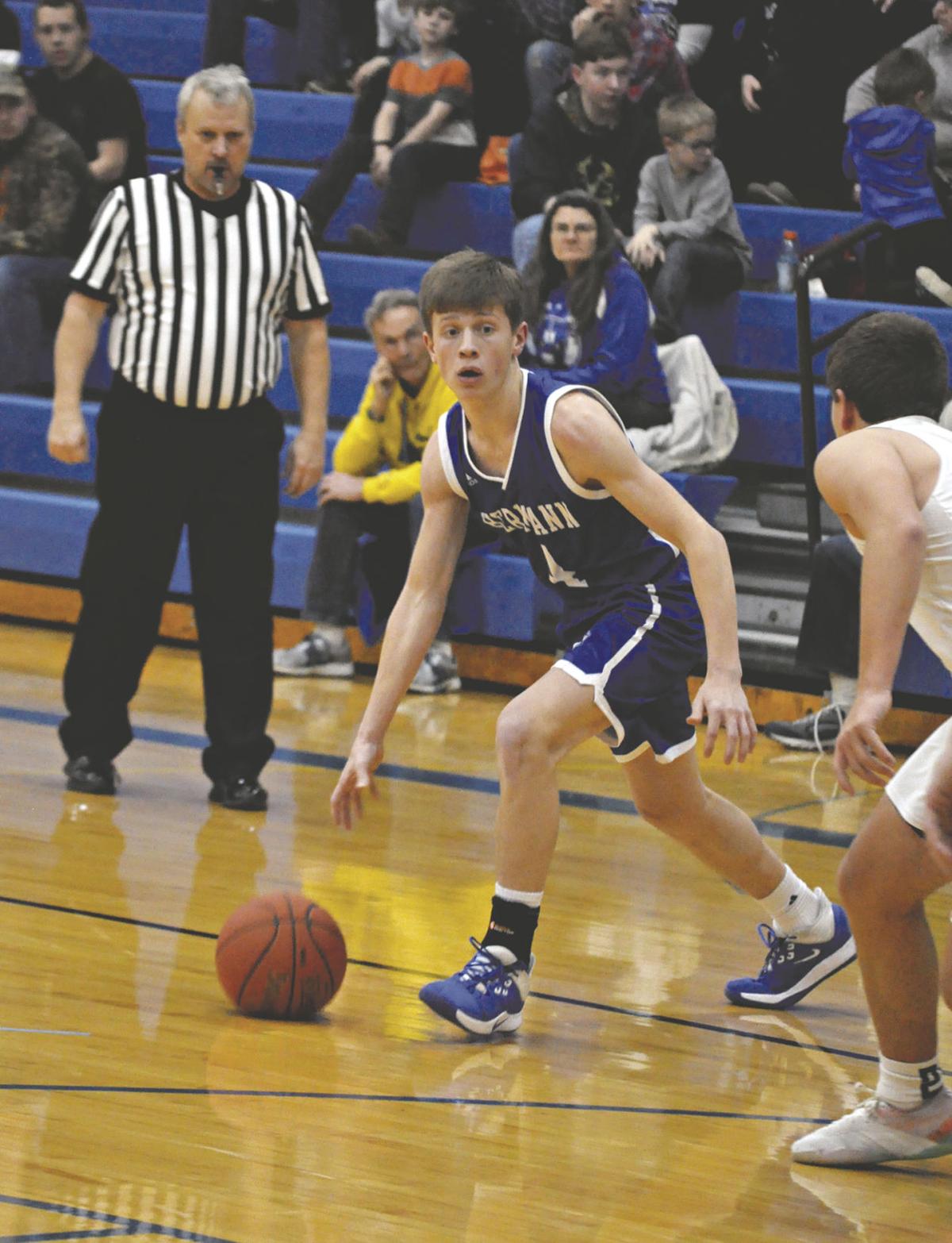 The Hermann Invitational wrapped up last week and there were some regional surprises. Coach Kroeger and his Montgomery County Wildcats won this year's tournament championship game 59-43 against the Linn Wildcats. This was after Linn edged out a close game of 50-48 over the Bearcats in the semi-finals.

With Hermann playing for third place in the tournament, they came up short against a fast St. James Tigers team that shot well. St. James 62 - Hermann 46. Trent Anderson scored 19 in the game, followed by 9 points from Seth Hackman. Aside from Anderson, the Bearcats shot cold and were outgunned by 3-point Tiger shooters. The Tigers pushed the Bearcats as well, with their speed on the court.

The Lady Bearcats faired better than the boys team. They won their first game against New Haven, 61-40 and beat a tough St. Clair team 50-46. This matched them against the California Pintos for the championship game, which  they lost 74 - 60.

The Lady Bearcats wouldn’t let their shooters get inside but it didn’t make much difference. They got hammered on the outside with 3-pointers, led by Tristan Porter (22 points) and Bailey Lage (10 points). Offensively, the Bearcats had trouble hitting the basket and couldn’t get under the boards to rebound until the last two minutes of the game. Fouling became a problem as the Lady Bearcats got aggressive in the final minutes.

The Pintos hit 16 free throws in the last four minutes of the game. Quincy Erickson had 25 points for the night, followed by seven points each from Grace Winkelmann, Brianna Thomas and Elly Krueger.